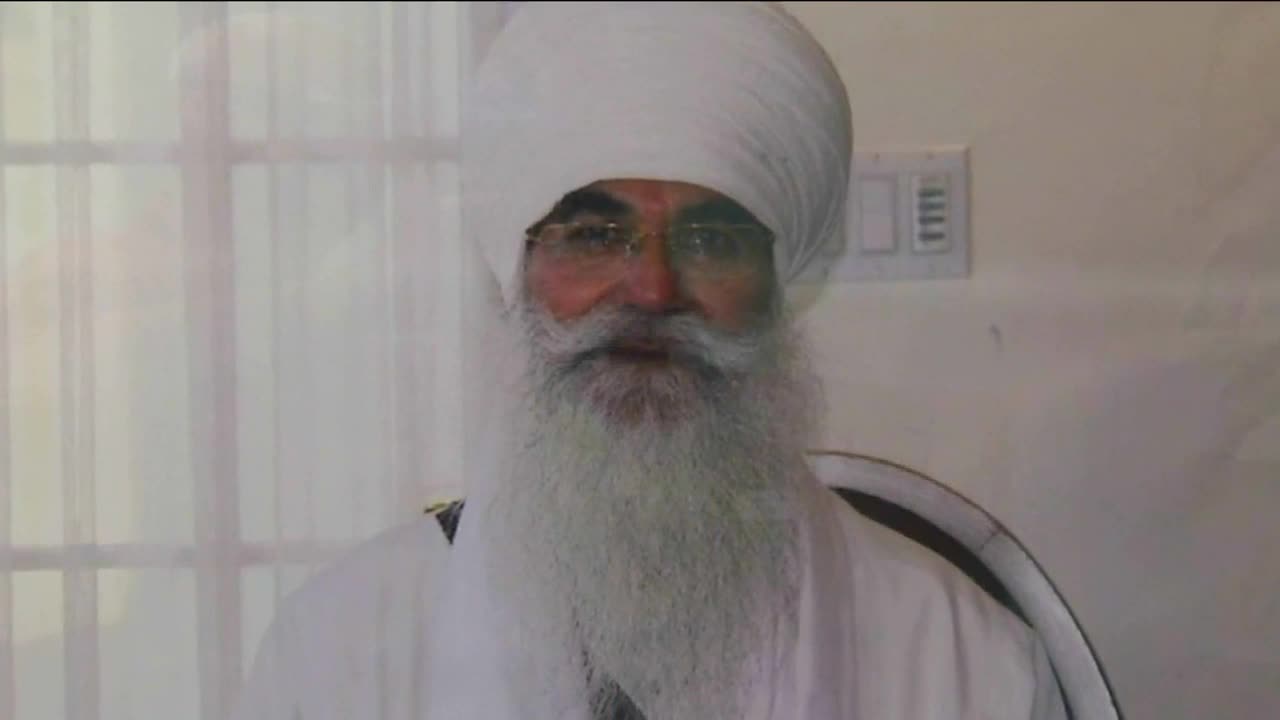 The death toll in the Oak Creek Sikh Temple shooting rose nearly eight years after the attack. Baba Punjab Singh was shot in 2012. He died Monday from complications due to his injuries.

Baba Punjab Singh was shot in 2012. He died Monday from complications due to his injuries. Punjab was 72 years old.

In 2012, a white supremacist killed 6 other people at the Sikh Temple. Punjab, who was a visiting priest at the time, is now the 7th victim.

After the shooting, Punjab was paralyzed, required constant care, and communicated by blinking his eyes.

According to records, he was admitted to a hospital on March 1st for suspected pneumonia and a urinary tract infection before he passed.

"It is with sadness, but also peace and acceptance, that we confirm the passing of my father, Baba Punjab Singh. He was a beloved husband, father, and family member to us all, and equally revered by many in our community. Baba spent his life serving as a Sikh religious teacher who travelled the country and the world delivering kathas--orations that share the lessons and history of the Sikh faith.”

"Baba ji’s capacity for love and optimism was unchanged by the heinous attack in Oak Creek, as well as the life-altering injuries he sustained. Even when I regularly visited him in the hospital after his paralysis, I would ask him: Are you living in chardi kala, the Sikh spirit of eternal optimism? Each time, without fail, he would blink twice to say ‘yes.’ His resilience embodied the greater Sikh community’s response in the wake of the Oak Creek tragedy, and it was one of the many lessons he continually taught throughout his life."

"My father’s injuries and his passing, along with the other lives lost that day, are a reminder of the toxic hate that still plagues our country. But I want Baba ji to be remembered by the values, inspired by Sikhi, that he exemplified every day--including love, equality, humility, eternal optimism, and service to others. These values, which are critically important to our collective humanity, can bring us all closer together. Our hope is that his life serves as a reminder of an essential truth of our faith: that the number of our breaths is written by God, but it falls to us to do our best in how we use them."

The former priest influenced many.

"Baba Punjab Singh’s passing this week is a painful reminder of what happened on August 5, 2012 in Oak Creek. Despite being paralyzed in that attack, his spirit and relentless optimism survived, a testament to the wisdom and intellect he displayed throughout his entire life. As the former mayor of Oak Creek, I continue to be inspired by the members of the Sikh community, who in the telling of their story, help all of us understand that we can recover from even our darkest days."

"On behalf of the City of Oak Creek and its residents, I want to extend our sympathies to the family of Baba Punjab Singh and the Sikh community for their loss. In the years since the tragic event at the Sikh Temple, Baba Punjab Singh has embodied the spirit of the Sikh faith with his resilience and optimism. His example was one of many that helped guide us towards healing together. He will forever be remembered by family, friends, and all of us who were inspired by his constant courage and strength."