MILWAUKEE -- There is one street in Milwaukee you may want to avoid at all cost during the next snowfall.

The most parking tickets for snow removal violations were on S. 15th Street -- starting on the 900 block and ending on the 3800 block. The Department of Public Works shared 528 tickets were issued in that area over the course of five nights during this month's snowstorms. 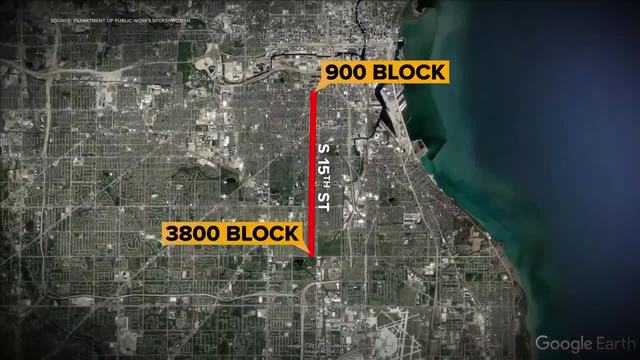 We spoke to two separate people ticketed twice each this month on S. 15th Street.

"If its not on the right side they've gotta plow they're going to give you a ticket but I didn't know that," said Dave Hernandez who was ticketed.

"There was no parking, so we gotta park on [the] wrong side," said Kevin Jiminez, ticketed twice.

He questions whether there was enough outreach to make sure people here were aware of the snow parking rules.

He now wants to talk to those who have been picketed on this street in particular.

"Come on into the Hispanic Chamber, bring those issues to us. We wanna hear about them. Come on in, sign a petition that helps us deal with this issue effectively," said Jorge Franco, Hispanic Chamber of Wisconsin CEO.

Alderman Tony Zielinski tells TODAY'S TMJ4 he will ask the Department of Public Works to increase their outreach information. He also hopes this serves as a reminder to always pay attention, so you will not land a parking ticket also.

In all, 20,800 tickets were issued in the five overnight snow removals called by the city this month.