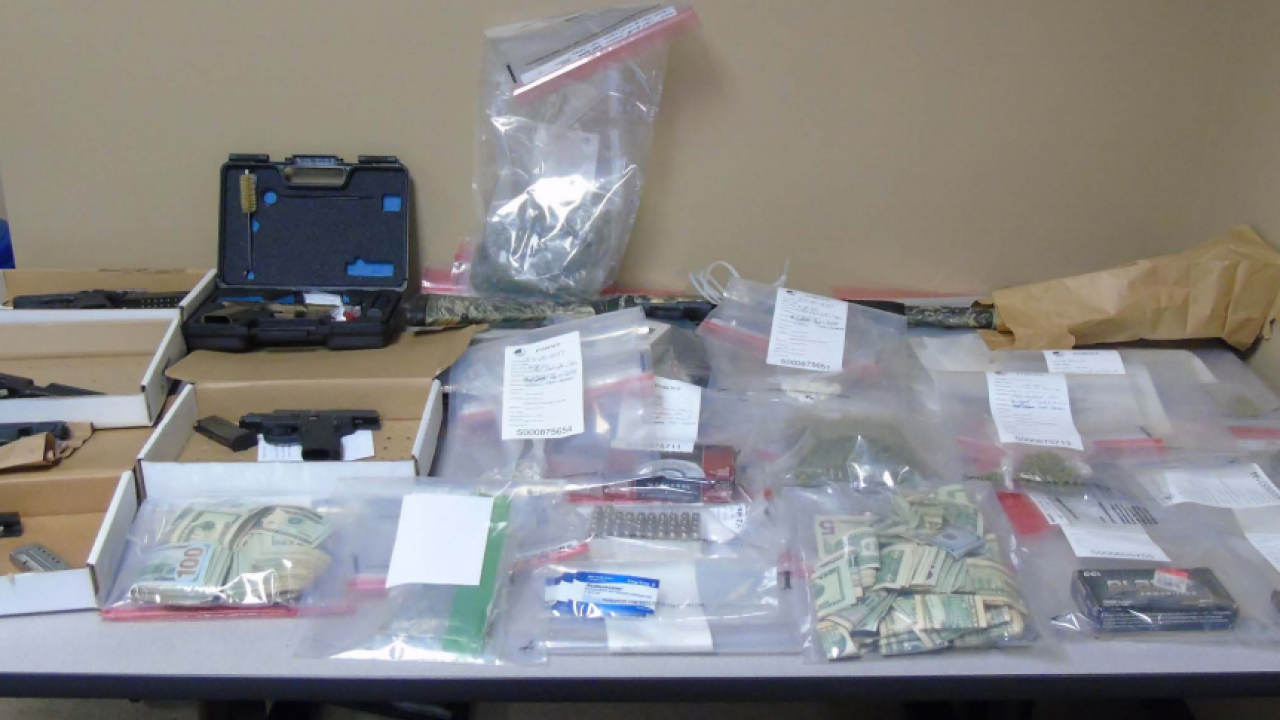 The seized drugs, cash and weapons, according to federal prosecutors.

RACINE — Fourteen people were charged in federal court for trafficking drugs in Racine on Thursday.

U.S. Attorney Matthew D. Krueger of the Eastern District of Wisconsin announced the defendants allegedly trafficked more than 100 grams of heroin, more than 40 grams of fentanyl, and more than 28 grams of crack cocaine.

If convicted, each defendant could spend up to 40 years in federal prison.

According to the indictment released Thursday, a task force made up of state and federal law enforcement officers executed search warrants in Racine on Wednesday, where they seized seven firearms and hundreds of grams of heroin, crack cocaine, fentanyl, oxycodone and PCP, as well as $8,000 in cash. The officers also arrested 10 of the 14 defendants during the operation.

All 14 of the defendants live in Racine, and one has residences in both Racine and Chicago.

“Drug trafficking organizations fuel our nation’s twin epidemics of drug addiction and firearms violence. These arrests underscore the extraordinary collaboration among all levels of law enforcement to pursue drug traffickers and hold them accountable," Krueger said in a statement Thursday.