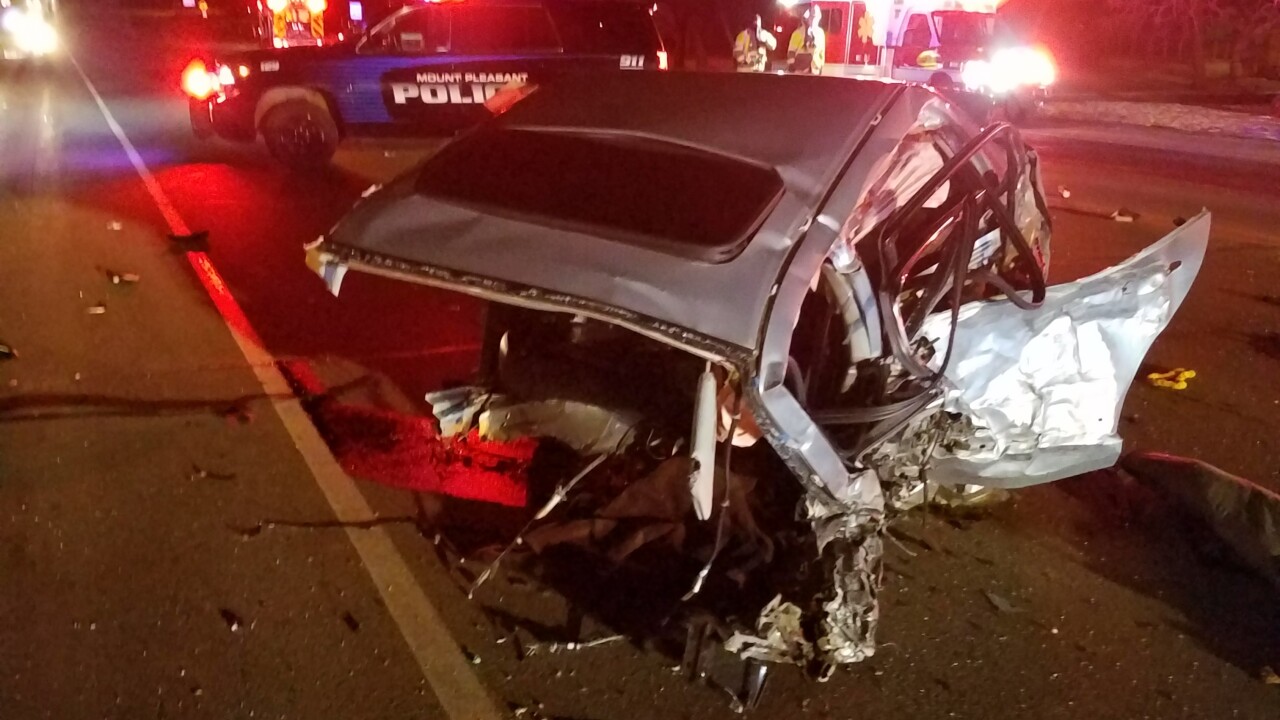 MOUNT PLEASANT — A woman was killed after a three-vehicle crash in Mount Pleasant.

Mount Pleasant police said that a Honda was traveling eastbound and crossed into oncoming traffic, side-swiping a Mazda traveling westbound and then being "sheared in half" by a Dodge also driving westbound.

The driver of the Honda was a 47-year-old woman from Racine. She was killed in the crash. The driver of the other vehicles were taken to area hospitals. Passengers in the Dodge were treated at the scene and released.

The crash remains under investigation.