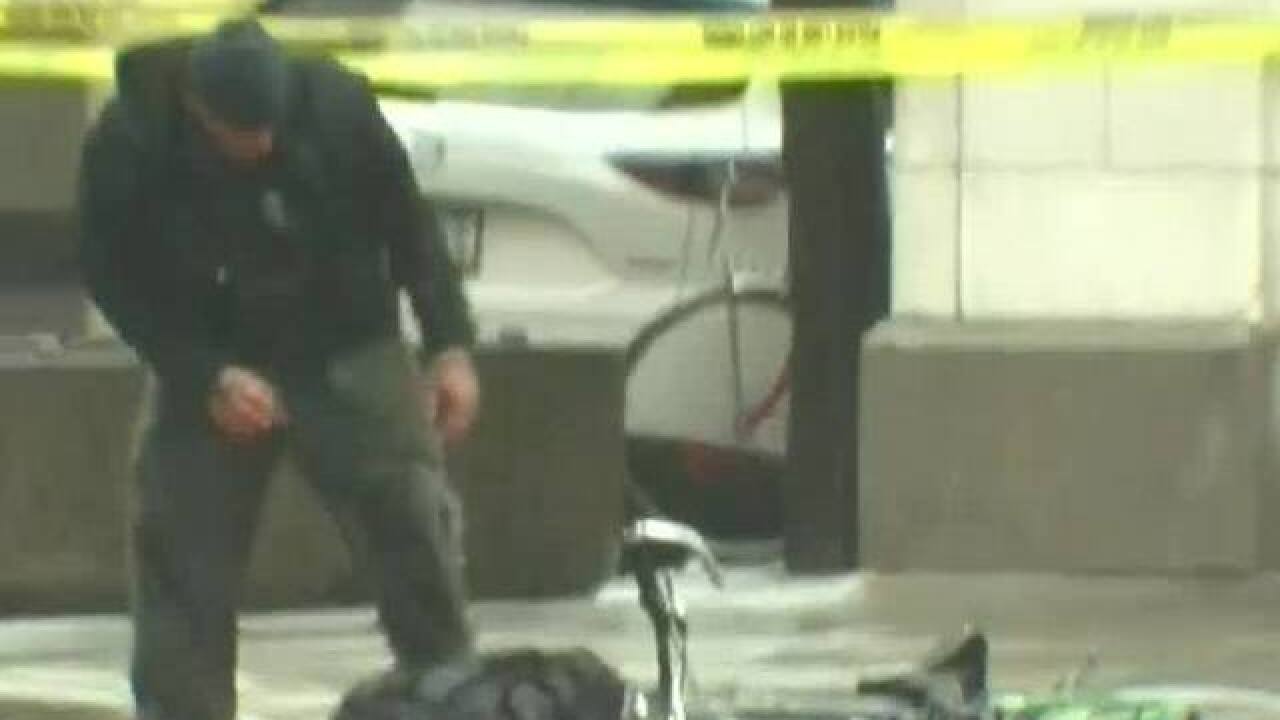 MILWAUKEE -- A suspicious package investigation in downtown Milwaukee took an unexpected turn Monday when a bystander suddenly biked up to the item in question and began rummaging through it, prompting investigators to tackle him.

The backpack was reported shortly before 7 a.m. in the 100 block of W. Wisconsin Avenue on an electrical box,  prompting a response by Milwaukee Police and the bomb squad.

A bomb squad tech attaches a line to the backpack to pull it to a safer place in the middle of the street.

The bomb squad tech cautiously walked around the backpack before backing away slowly. Less than 30 seconds later, the man on the bike bursts onto the scene.

Video shows the man crossing the police tape, walking up to the backpack and dumping out the contents.

"I thought for a moment there, he was going to get blown up," Robert Harris, the man who called in the suspicious backpack said. "Some water bottles came out and they were aluminum or stainless steel. You don't know they were just water bottles. It could have been a bomb device there."

Harris says as they were watching the scene, he heard the man zip by on his bicycle.

"He rode past me and he was saying, 'I'm going to defuse this situation," Harris said. "I was concerned for everyone still around but really concerned for him. He was not acting in his right mind. If I would have saw him coming down the sidewalk earlier, I would have tried to stop him. It's a scary situation. You don't know if it's a bomb or backpack. When he went and did it, I thought oh no. It's not going to end well. It's going to end bad."

It’s not clear if the man had any connection to the investigation.

The FBI assisted on the scene but Milwaukee Police arrested the man. Police have not released any other information at this time.