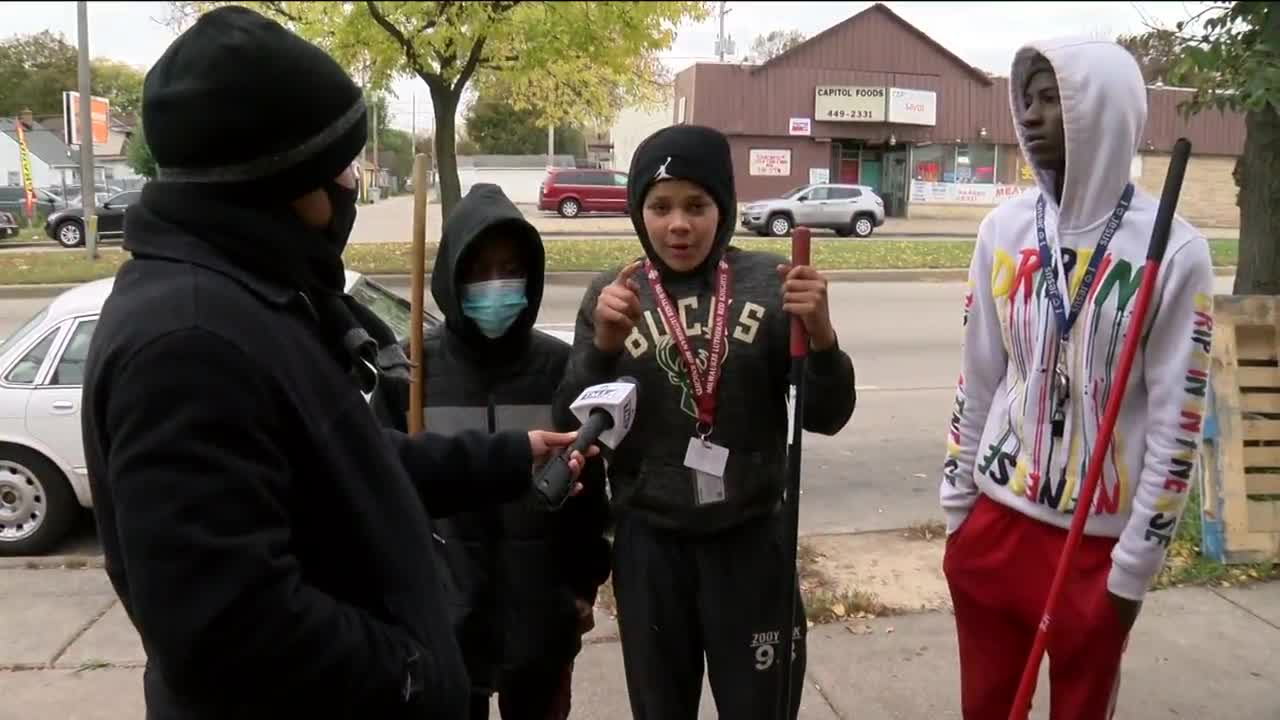 Tony Atkins, a product of Milwaukee's North Side, retraced his steps growing up in and around Milwaukee's Parklawn neighborhood.

MILWAUKEE — This week, a number of hometown-based TMJ4 reporters and anchors went back to where they grew up to speak with voters about issues that matter to them.

I retraced my steps growing up in and around Milwaukee's Parklawn neighborhood. Most importantly, I spoke with current residents in the area about the upcoming election.

It's the heart of Milwaukee's North Side. It's filled with small businesses, good places to eat and hard-working Milwaukeeans hoping to make their votes count this year.

I asked Jay Rich, a resident, what was most important for him this year.

Friends Terrell, Donovan and Cameron, ages 15, 14 and 14, were out Thursday raking to make some extra money through honest work. Though too young to vote, they have their own hopes for this year's election.

“[I hope] for everything to be equal so everyone can have the same rights," Cameron said.

I also spoke with Dwayne Reece and his barber, Douglas Miller inside Flowing Styles Hair Factory, a barbershop on Capitol Drive.

“It doesn’t matter what your political party is. The divisiveness is just unreal," Miller said.

COVID-19, civil unrest and bringing the country together were high priority issues when deciding their votes.

Reese is a veteran, who said he's voted in every election he possibly could, except one. April's spring primary election in Wisconsin. He declined not to risk the spread of COVID in the long lines.

“I was ticked off and I didn’t vote. That just turned me off all the way. I regret not voting that day," Reese said. “Many people in the past died for me to get a right for me to vote."

My last stop was my childhood home in Parklawn. A visit to Pleasure Logan, a single mother who lives with her son and daughter. She said she's voting for their futures.

“I vote for them to have the rights that they need to and to get the path they need to be able to get," she said.

At least 441,053 votes were cast for President of the United States in Milwaukee County in 2016. All voters I spoke with Thursday said they like seeing so many people turn out this year in each race.