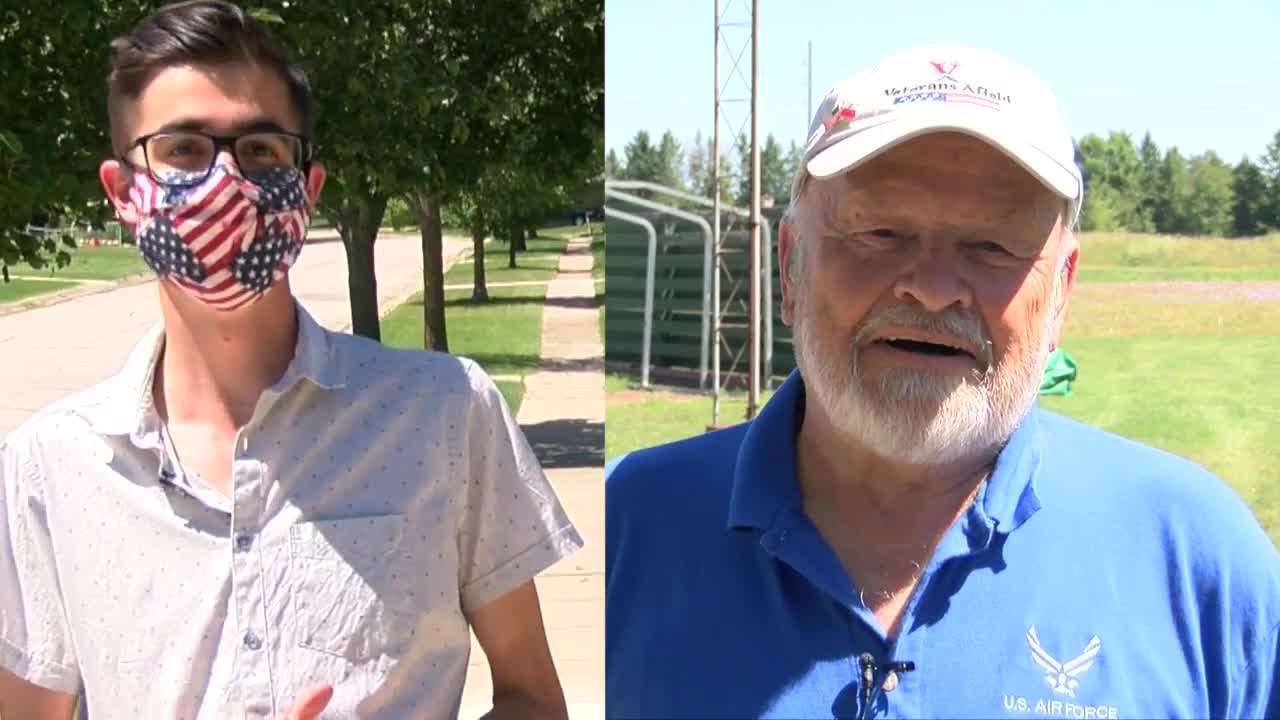 Jacob Malinowski, 22, is challenging 82-year-old incumbent, Ken Skowronski, for the Wisconsin State Assembly 82nd District position. However, given these two are 60 years apart, TMJ4 News gave them a generational pop quiz to test their knowledge.

Jacob Malinowski, 22, just graduated college, and yesterday he won the Democratic primary to go up against 82-year-old Republican incumbent Ken Skowronski to represent Wisconsin's 82nd District. That covers Franklin, Greendale, and a small part of Greenfield.

There's a 60 year age difference between the two, but Malinowski isn't focused on that.

"I don't want this race to be about age as much as everyone else does. It's about attitude to me," Malinowski said.

Given that Malinowski and Skowronski are born 60 years apart, 1998 versus 1938, TMJ4 News decided to challenge them to a generational pop culture test. Watch that here:

A 22-year-old is running for Wisconsin State Assembly against the 82-year-old incumbent. Before we get to politics, let's see how they do answering generational pop culture questions. pic.twitter.com/LFwFsqnKjk

The 22-year-old said he believes he's the right candidate because he can bring in fresh ideas and perspectives.

"I think folks are looking for a fresh new face in politics to kind of get us out of this mess we have right now," he said.

He went on to add that it is scary to run for a seat being so young but some of the pressure is removed because he is "underestimated."

While Malinowski is playing a lack of professional political experience to his advantage, Skowronski said his years as a politician could give him the upper hand.

"Well, I have the experience. I've been an elected official on the local levels, and I think my experience in what I have - throughout many issues - is very important to my constituents," Skowronski said.

He has been in the Wisconsin State Assembly since a special election in 2013. Before that, he was an alderman for the City of Franklin from 2004 to 2014.

While it seems like Malinowski might have gotten the slight edge in the pop culture quiz, we will have to wait until the Nov. 3rd election to see who wins the state assembly seat.

Additionally, there is a third candidate running for the 82nd District, Marc Ciske. He is running as an Independent candidate.

"I am running this campaign for the people of this district and this state, not for a political party. I plan on focusing on multiple issues I feel are important for the people of this state. Trying to repeal Act-10 and Right to Work Laws, while trying to reinstate Prevailing Wages Laws. Keeping red flag laws and those like it that restrict our constitutional rights out of Wisconsin," Ciske said in a statement to TMJ4 News.