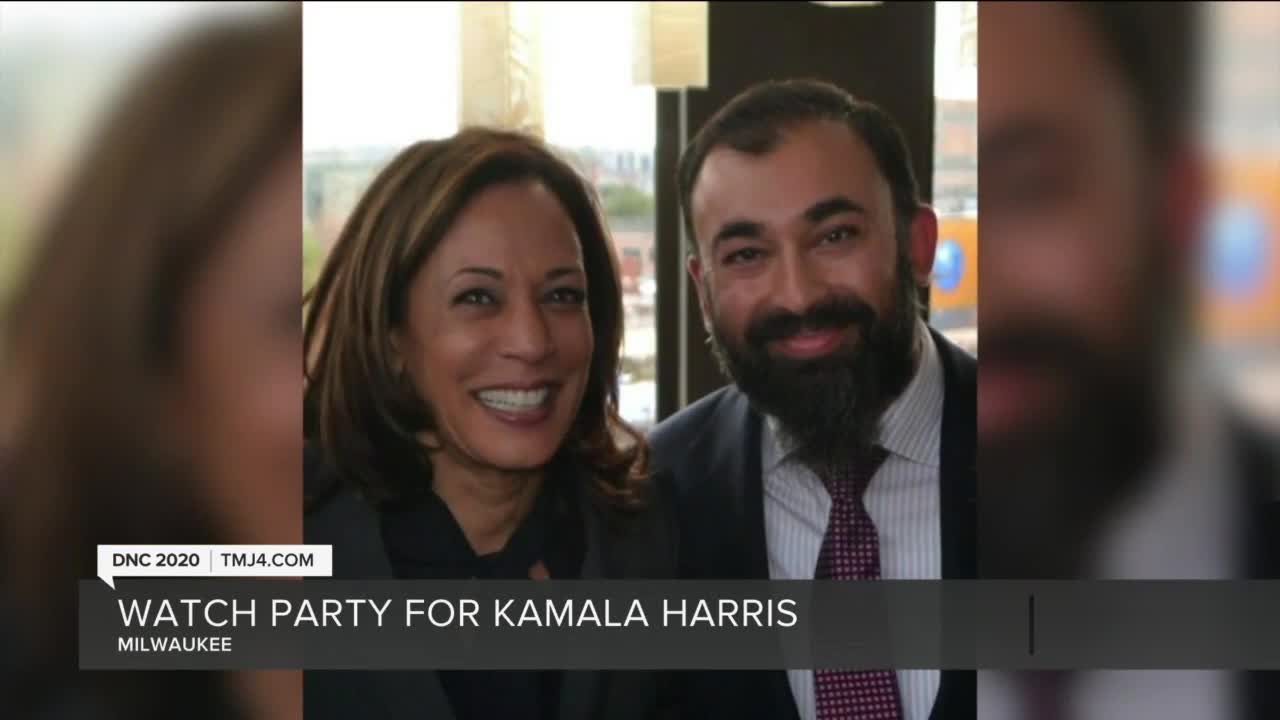 One local delegate hosted a watch party Wednesday night so people could come togetehr and watch as Kamala Harris was officially nominated as the democratic candidate for vice president of the United States.

It’s not the kind of DNC celebration local delegate Sachin Chheda is used to — a few of his friends and neighbors gathered in masks, in his backyard, watching speeches on television.

Chheda has participated in the past two conventions, in Charlotte and Philadelphia. He was looking forward to this year’s event in his hometown but understands and supports the move to virtual because of COVID-19.

But, there is one part of this year’s DNC he refused to watch alone — Kamala Harris accepting the Democratic nomination for Vice President.

“As an Indian woman - and someone who was raised by an Indian mom, like me - she really wears it on her sleeve,” Chheda said. “She’s been an inspiration in bringing forth the values of our community. Growing up as a black woman in America as well. The strength, the wit, the humanity. She is very deserving of this. This is something to celebrate together.”

Harris is the first person of Indian descent, and the first black woman, on a major party ticket for national office.

“People’s eyes are opening,” said local delegate LaKeshia Myers, who has met Harris, and is inspired by her rise. “This is huge for women and people of color.”

A big DNC focus is female. Myers is one of many women from all over the country who attended a virtual “Women for Biden” discussion Wednesday. Actresses Jennifer Garner and Jamie Lee Curtis participated, as did a number of female leaders of the Democratic Party in Wisconsin.

“Biden and Harris know that every issue is a women’s issue,” said U.S. Senator Tammy Baldwin.

“It will be women who make the difference in this election,” said Wisconsin State Senator Lena Taylor.