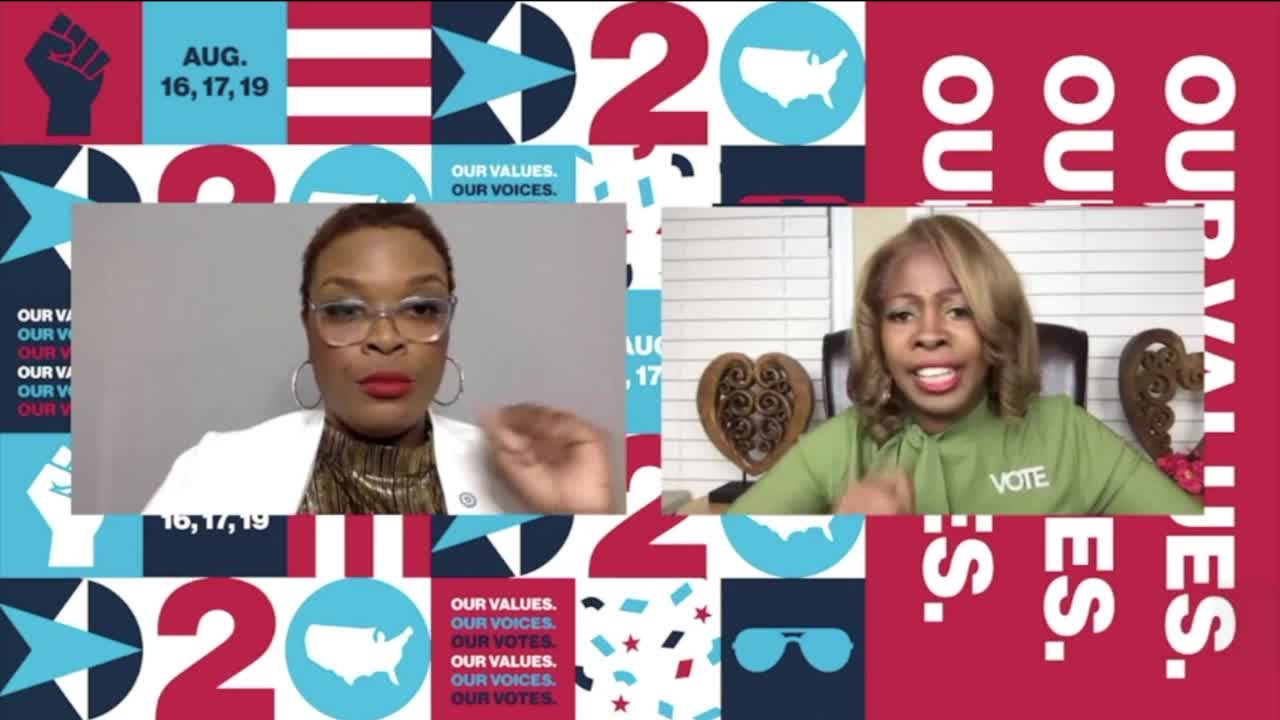 You may not see a lot of action surrounding the Democratic National Convention here in Milwaukee, but every day people meet virtually to address some of the biggest issues.

MILWAUKEE — You may not see a lot of action surrounding the Democratic National Convention here in Milwaukee, but every day people meet virtually to address some of the biggest issues.

"Just think instead of having someone blaming us for the coronavirus, we can have someone who would set the record straight," said Representative Judy Chu, Congressional Asian Pacific American Caucus Chair.

"I’ve heard people like oh this is another black first why is this significant and why are we celebrating? Because whenever you break the glass of racism more light enters the room. So we need to recognize that," said LaTosha Brown, Co-Founder of the Black Voters Matter Fund

It is not just in elected office.

In separate meetings, both the Asian American and Pacific Islander Caucus and the Black Caucus pushed hard that no vote can be taken for granted.

"In Wisconsin, Pennsylvania, and Michigan, the number of eligible AAPI voters greatly outnumber the number of votes that democrats lost by in 2016. So we have a tremendous opportunity guys we could be the margin of victory," said Representative Grace Meng of New York and the DNC Vice-Chair.

Amidst national reports of election interference and voter suppression and the resounding message on day three of the DNC, the stakes have never been higher.

"We must protect our vote this election and we must work to get our vote out in a way that we have never done before, for the sake of our democracy our communities and our nation," said Congresswoman Barbara Lee of California.

The final day of DNC caucus and council meetings gets underway Thursday morning. The meetings are open to the public. If you want to attend virtually click here.