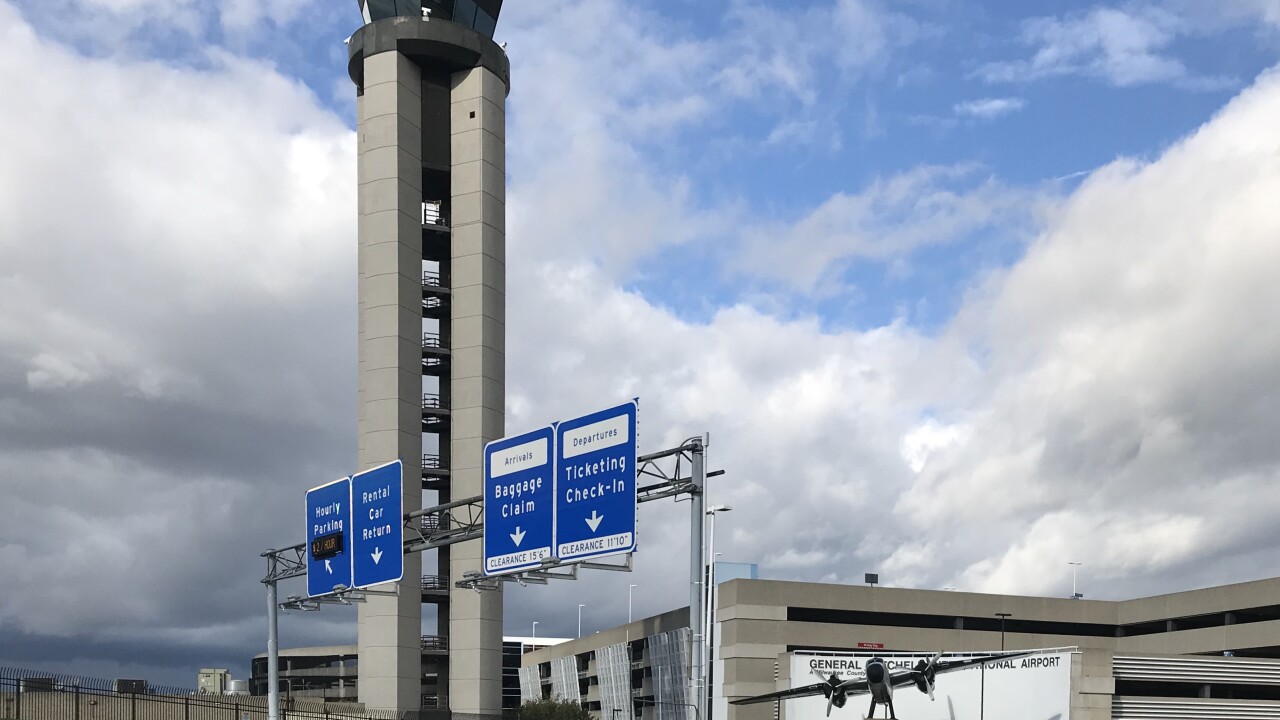 Workers at Milwaukee Mitchell International Airport will find out if they will be furloughed following the ends of the CARES Act on October 1, 2020.

MILWAUKEE — Milwaukee County and airport officials released statements on Friday regarding a Joe Biden event being held at Mitchell International Airport, less than a week after President Trump's rally was not allowed.

Democratic presidential candidate Joe Biden is expected to speak at an event in Milwaukee Friday evening, in a final push to appeal to voters in the battleground state of Wisconsin. This will be Biden's third visit to the Badger state since the launch of his campaign.

The Trump campaign had initially planned to hold its Oct. 23 rally at Mitchell, but their request was denied. An airport spokesperson said the tenant was told that all special events that are "non-aeronautical in nature" are in violation of its lease with the airport. The event also would have impacted flight operations and been a violation of the city's ban on large public gatherings, according to officials.

Instead, the president's campaign moved to Stein Aircraft Services in Waukesha.

On Friday, when asked why a Biden event was allowed but a Trump event was not, a spokesperson said it does not allow political rallies on the airfield.

"The Airport does not allow political rallies on the airfield, regardless of which candidate requests it. Biden is hosting a small private meeting with about 12 people. This is the difference between a 12-person private meeting inside a building vs. a 20,000-person rally on the airfield, compromising the safety and security of airline operations," said Harold Mester, director of public affairs and marketing for the airport.

Vice President Joe Biden is holding a small, private meeting at AvFlight, which operates a private aircraft terminal at Milwaukee Mitchell International Airport. Meeting organizers are aware that Wisconsin is a COVID-19 hotspot and have indicated that the meeting will include a small number of invited guests and staff well below the City of Milwaukee’s limit on gatherings of this type.

The meeting is not open to the public and will occur inside AvFlight’s facility, and attendees will not have access to the airfield. Airline operations will not be affected, and this facility does not have direct access to any commercial air service runway. The permitting of this visit is not an endorsement for any political party or candidate for office by the County Executive in his official capacity.

In addition, the permitting of this visit is not politically motivated as numerous political visits to General Mitchell from both parties that did not disrupt Airport operations or pose a public health risk have been allowed in the past.

TMJ4 News has reached out to the Trump campaign for comment, but have not heard back.

President Trump will also be visiting Wisconsin on Friday, with a rally scheduled for 3 p.m. in Green Bay.

Biden is expected to speak at 6:30 p.m. Watch TMJ4 News for streams of both events online or wherever you stream.