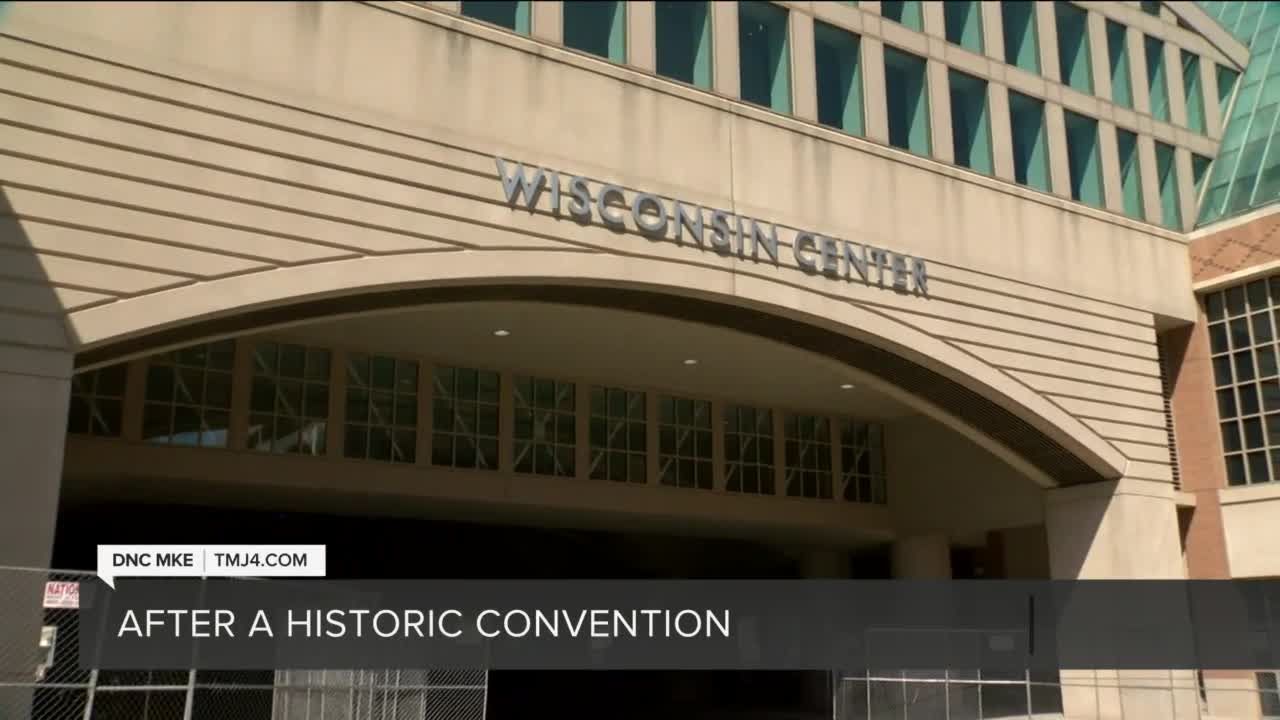 Roads surrounding the Wisconsin Center in downtown Milwaukee re-opened Friday following the conclusion of the historic and mostly virtual Democratic National Convention, which was largely anchored at the convention center.

MILWAUKEE — Roads surrounding the Wisconsin Center in downtown Milwaukee re-opened Friday following the conclusion of the historic and mostly virtual Democratic National Convention, which was largely anchored at the convention center.

Clean up efforts began overnight, just hours after Joe Biden accepted the Democratic presidential nomination during a prime-time address from a stage in Wilmington, Delaware.

"Sometimes you undertake things and think, 'Gee I hope we can do this!' We out-performed and overachieved beyond what I thought we could do," said Brooks, reflecting on a long week for him and his team.

During the DNC finale, Joe Biden and Kamala Harris were seen standing with their spouses in front of a large, socially distanced crowd in Delaware as they watched celebratory fireworks. That scene provoked people nationwide to wonder why that event couldn't have happened in front of a crowd in Milwaukee, which was originally set to be the DNC host city.

"I think the move of going outside after his acceptance speech was phenomenal but, for the right reasons it happened in Wilmington and not Milwaukee," said Brooks, who said he was disappointed. "Certainly I watched it and go, 'gosh that would've been great to be here. Oh well, we'll get another one.'"

DNC Chair Tom Perez tells TMJ4 News' Ryan Jenkins that the next convention, in 2024, will be designed by a new leadership team and that he won't have the power to decide the next DNC host city. However, amid continued calls for the convention to return to Milwaukee in 2024, Perez said it's too soon to speculate about a DNC re-do in Brew City.

"I'm certainly going to tell them about the remarkable relationship that we've had with the City of Milwaukee. I have nothing but good things to say," said Perez.