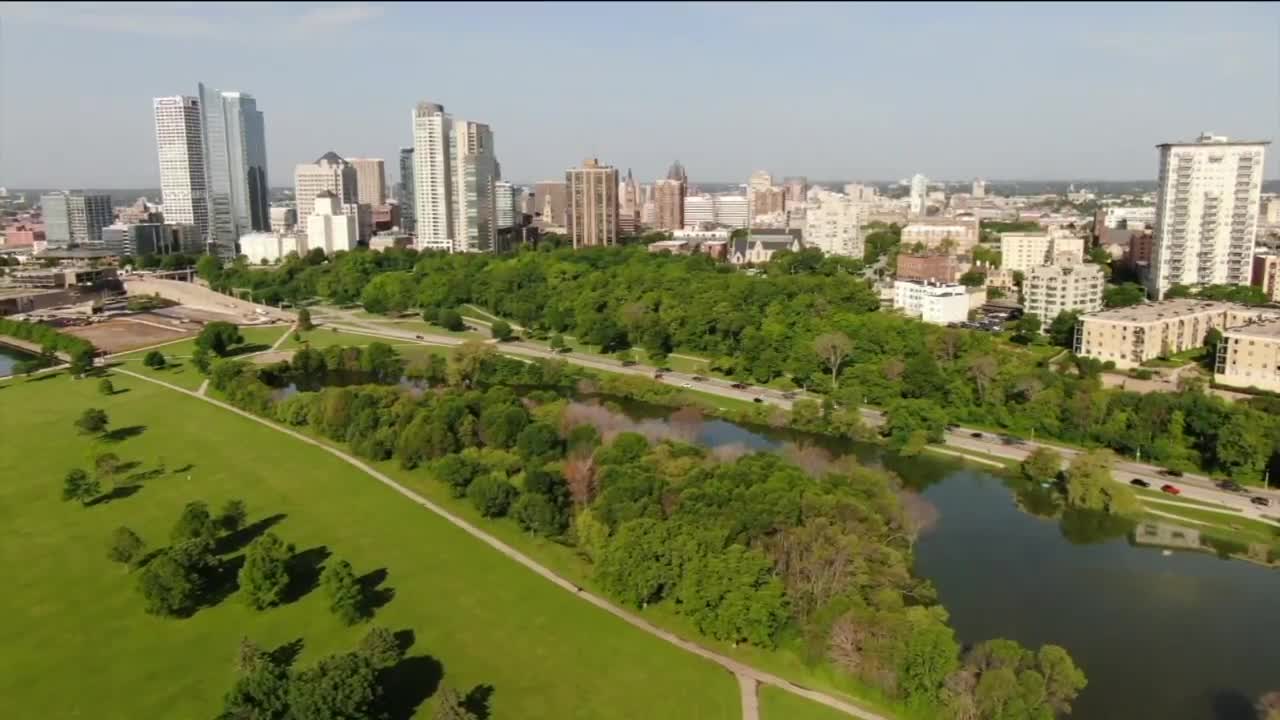 The physical Democratic National Convention footprint is in downtown Milwaukee, but just about everything else isn't.

MILWAUKEE — The physical Democratic National Convention footprint is in downtown Milwaukee, but just about everything else isn't.

On night two of Milwaukee's first political convention, Milwaukeeans are hoping for a little more Milwaukee, in its presentation.

Milwaukee is still the host city of the DNC, but on the first night of the convention - any references to that fact were few and far between.

"It was well scripted and crafted but I'm extremely disappointed there weren't more shots or attributes of Milwaukee," Ellen Carthrew, a Milwaukee resident, said.

Carthew said she expected to seeing more of Milwaukee highlighted. Those words were echoed by Milwaukee Mayor Tom Barrett.

From the airwaves to the ground, the DNC's impact has also been minimal for businesses owners.

Trevor Danielsen, owner of Stack'd Burger Bar in the Third Ward can't help but think about what might have been.

"This hopefully would've been the biggest year I've ever had. The DNC, the Bucks, the Brewers," Danielsen said.

Major Goolsby's shares a corner with the DNC's security perimeter, but they say they've seen no positive impact on business. A sign outside reads they welcome in media, protesters, and DNC staff because managers said that's all who've been around.

"We haven't seen much business at all," said manager Marty Petricca.

Petricca said he's hoping for more Milwaukee representation as the convention goes on.

"If they were able to show more of what Milwaukee was about, that would help bring in other conventions," he said.

Mayor Barrett said just hundreds of people are in town for the DNC instead of the 50,000 originally expected. He also the economic impact of the convention this year is "not huge" but he couldn't give an exact figure.