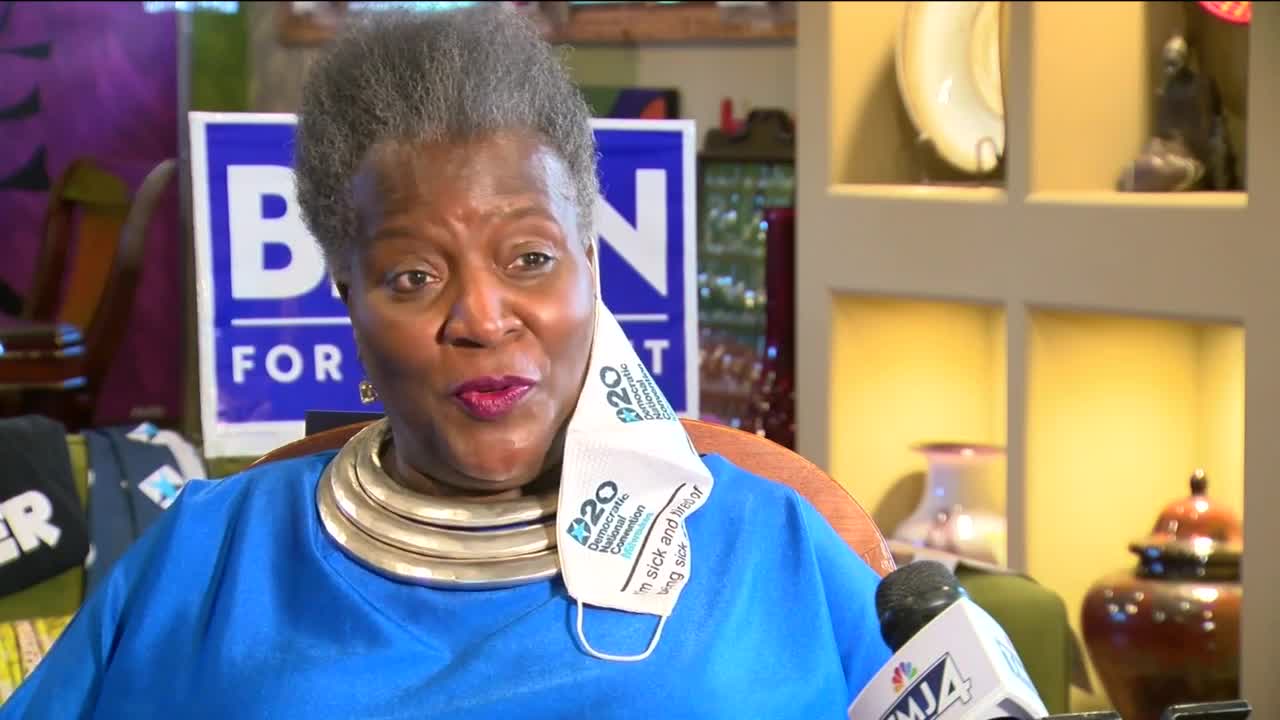 Some Milwaukee delegates are excited for a historic night at the Democratic National Convention. Wednesday, Kamala Harris will become the first Black woman and first Asian American on a major party ticket as she accepts the Democratic Vice Presidential nomination.

MILWAUKEE — Some Milwaukee delegates are excited for a historic night at the Democratic National Convention. Wednesday, Kamala Harris will become the first Black woman and first Asian American on a major party ticket as she accepts the Democratic Vice Presidential nomination.

“To be a young woman that chopped and picked cotton in Mississippi, and I’m proud to say to people, I also picked the first African American President of the United States of America. So, tonight I will have the honor once again to step into history,” said Thelma Sias, Milwaukee resident, and DNC Wisconsin Delegate.

The California Senator was born to parents who immigrated from Jamaica and India. That multi-ethnic background has long-time Wisconsin delegates Sias and Sachin Chheda excited to see representation.

“It’s in many ways extremely emotional. Emotional from the standpoint for me having had the life journey that I have had,” said Sias.

“As the first South Asian at this level of politics, we are incredibly proud. She reflects the diversity of our country, like me she is the daughter of immigrants,” said Chheda.

Sachin also has parents from India. He says his extended family that still lives there is also cheering Harris on.

“She is someone who shares a history, she had been to India. Those are things that are important that’s not the only factor,” said Chheda.

Sias says she is also talking to her family members about what this moment means including her 4-year old niece who she says shares her excitement.

“She said, ‘Auntie there is going to be a Black lady that will be Vice President of the United States.’ That’s the power of what this is. Young men and women, but young African American women all over this country can look up at the television tonight and know their dreams can indeed become reality,” said Sias.

Harris does have a Wisconsin tie. She lived in Madison when she was 5-years-old and her father was a professor at the University of Wisconsin-Madison.