'Bikers for Trump' arrive in Milwaukee to support President Trump 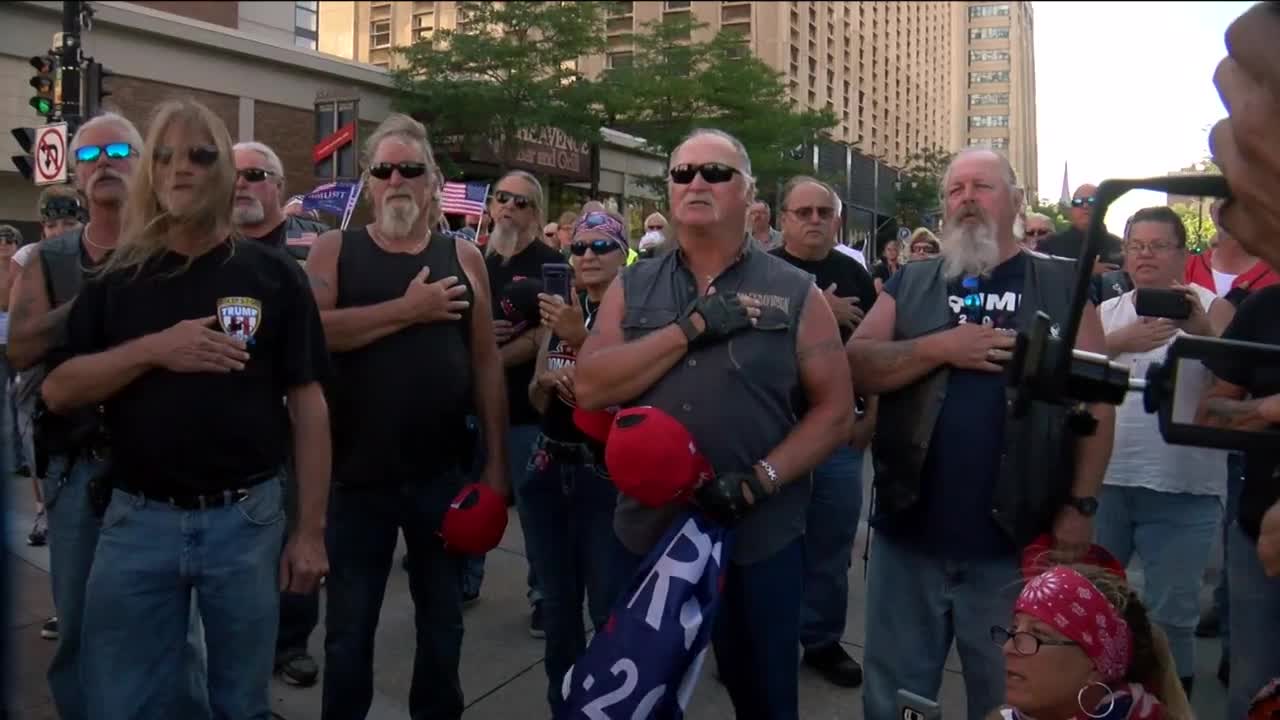 A group called "Bikers for Trump" arrived in Milwaukee Wednesday in an effort to show support for President Donald Trump during the Democratic National Convention.

MILWAUKEE — A group called "Bikers for Trump" arrived in Milwaukee Wednesday in an effort to show support for President Donald Trump during the Democratic National Convention.

The group started their journey in West Bend Wednesday and rode all the way to downtown Milwaukee, where they stopped right outside the DNC security perimeter.

The majority of the group has dispersed. However, a few bikers remained outside the Wisconsin Center Wednesday evening.

During the day, the group made some noise and made their presence known with large Trump flags and signs.

According to our Ben Jordan, the group of around 100 to 150 people arrived around 4 p.m. with most staying 30 minutes or so. They sang the star-spangled banner and said the pledge of allegiance outside the security perimeter.

Many of the bikers were from Wisconsin. However, some were from out of state. One man even rode from Tennessee to be a part of Wednesday's rally.

That man continued on by saying despite Wisconsin hosting the DNC, the state is not a democratic state.

"We don't want them to think that because they have their convention here, that they took Wisconsin. Wisconsin ain't theirs, it's ours."