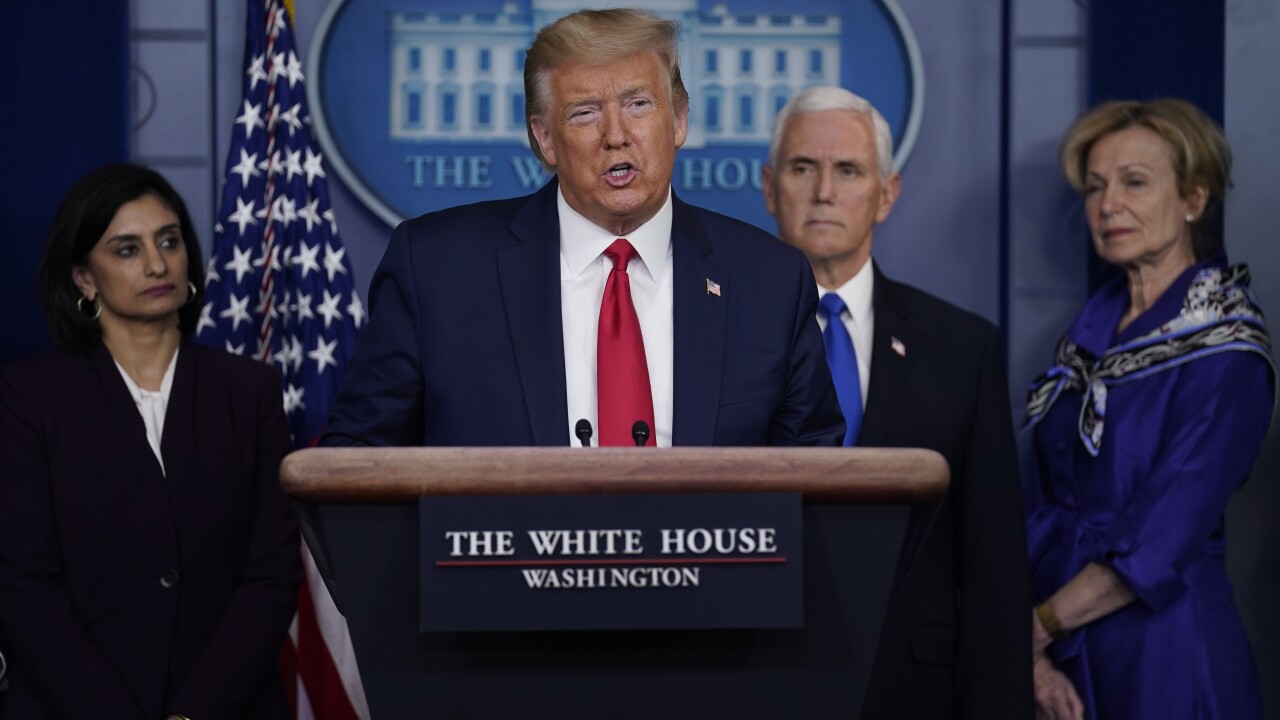 Despite saying that the spread of coronavirus is going to get "very, very bad," President Donald Trump said that he plans on reopening commerce in the country "very soon."

The statement is at odds at the recommendation of many leading public health officials, who suggest the worst of the spread of the coronavirus might not come until for later in the spring, although an exact date on the peak is still up in the air, according to the CDC.

"America will again, and soon, be open for business. Very soon. A lot sooner than three or four months that somebody was suggesting. A lot sooner. We cannot let the cure be worse than the problem itself," Trump said.

Trump's comments were back by economic adviser Larry Kudlow, who told Fox News on Monday, "The president is right. The cure can't be worse than the disease. And we're going to have to make some difficult tradeoffs."

The Trump administration is requesting states to not issue updated unemployment numbers as many workers are out of work to prevent the spread of the virus. The Dow Jones has lost more than one-third of its value in the last six weeks as the virus has spread globally.

Last week, the Trump administration issued a 15-day guidance to reduce the spread of the coronavirus. Trump said that the guidance will be reevaluated next week.

Amid the guidance, a number of states have closed all non-essential businesses in order to slow the spread of the virus. The top concern is that hospital could be overwhelmed with a surge of patients.

Trump added that "We're giving the governors a lot of leeway."

Trump said on Monday that reopening sections of the economy will take weeks and not months.

"We can do both at the same time," Trump said about reopening the economy and preventing the spread of coronavirus.

As part of fighting the virus, Trump boasted about several drugs that are being shipped to the states, with the hope they can be used to treat coronavirus patients. These drugs however, as of Monday, are still early in the testing phase and have not been approved by the FDA as a treatment for coronavirus.

Also during Monday's news briefing, Trump and Attorney General William Barr said that an executive order will be issued to prohibit the hoarding of medical supplies.

Barr said that the order won't go after individuals who have a large stockpile of supplies, but will target corporations and businesses that could potentially have warehouses full of supplies, such as masks and hand sanitizer.