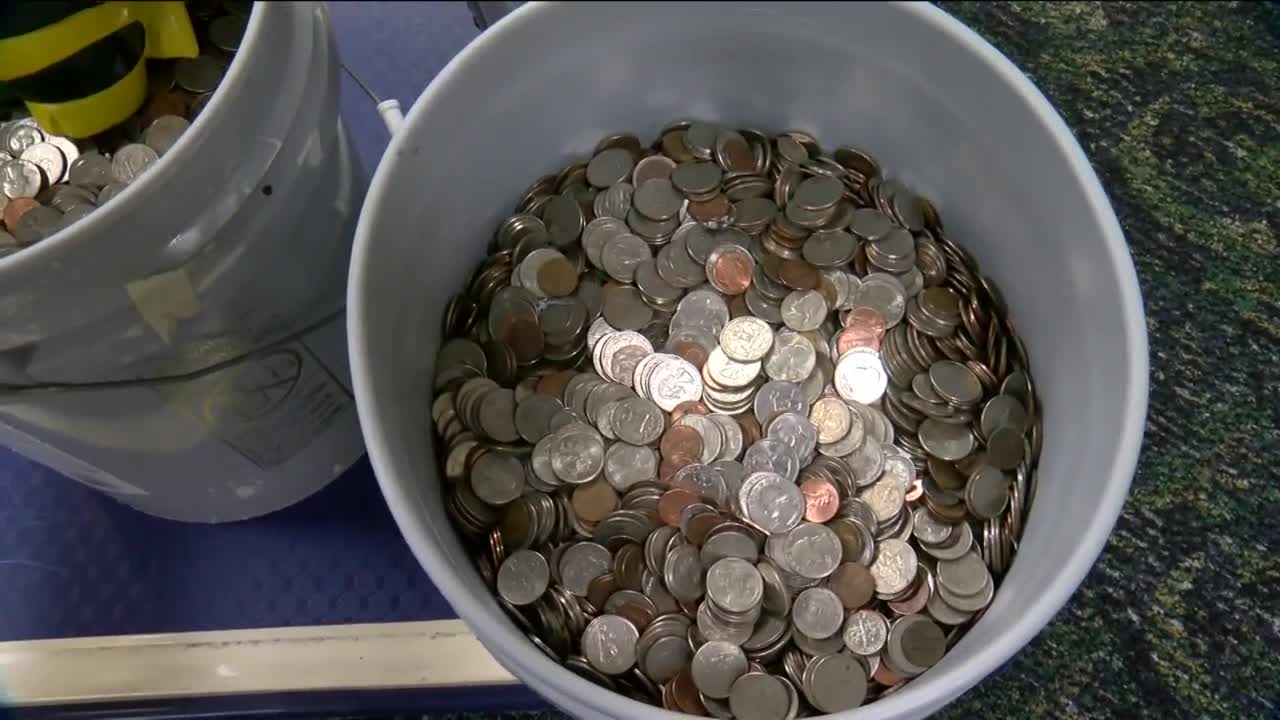 A Wauwatosa man brought in 20 years worth of change to assist in the nationwide coin shortage.

A Wauwatosa man is doing what he can to help with the nationwide coin shortage, by bringing in two decades worth of change he's saved up.

Jim Holton has collected extra change for over 20 years, starting when his son was given a piggy bank as a baby. Holton says he added roughly 60 cents in change from his coffee every day.

North Shore Bank says a reduction in coin production and circulation is resulting in local banks receiving a limited amount of rolls requested. The coin shortage is also affecting how businesses operate.

Holton said he was planning on turning the coins in after his four children graduated college, but after hearing about the shortage, he decided to help.

North Shore Bank says customers can have their coins counted and exchanged for free at any branch.