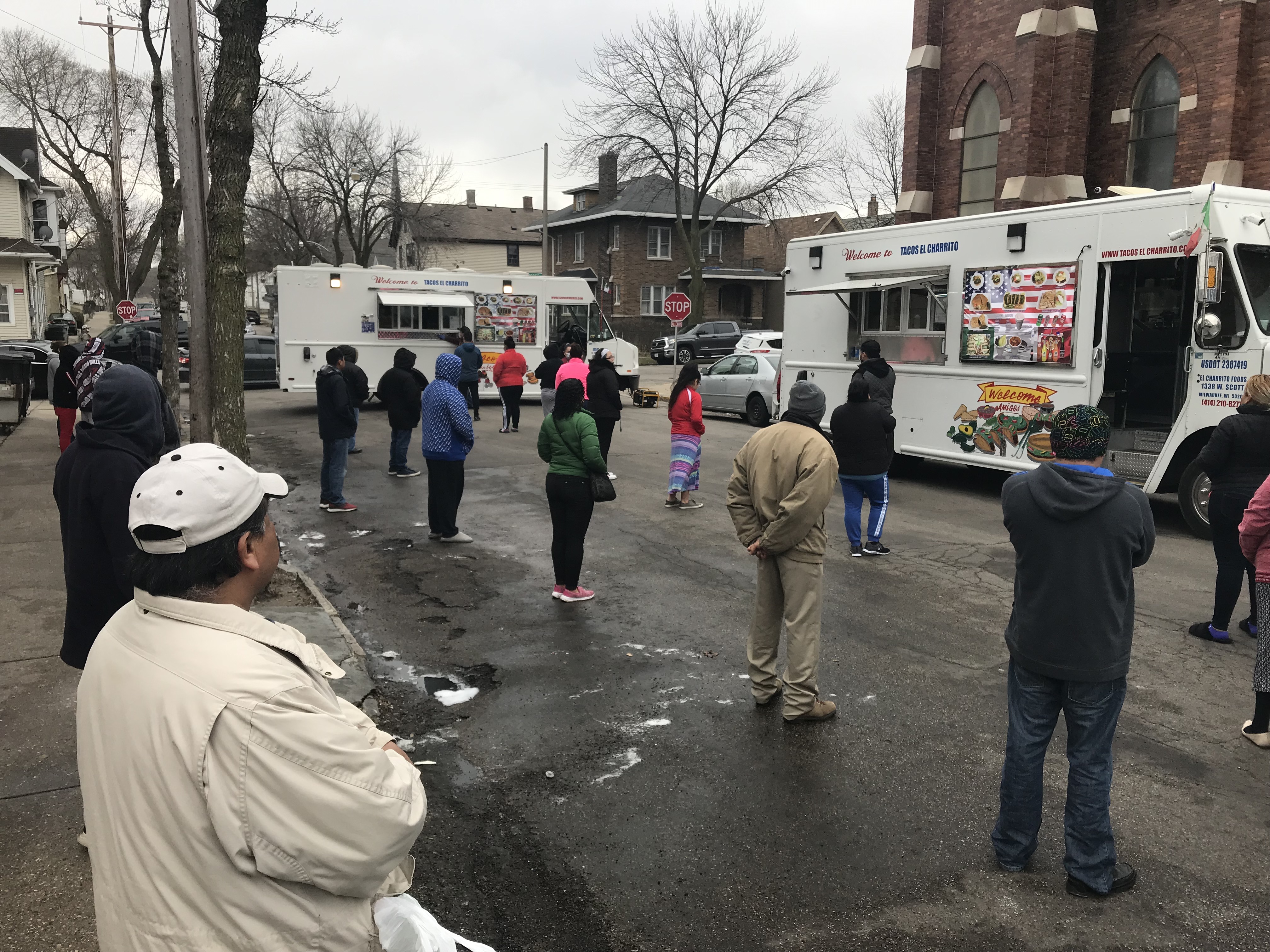 Tacos El Charrito served 8 free tacos per family to anyone who needed help due to business closures from the coronavirus.

"Doesn't have [a] job. For the kids, [they don't] have school. You know, there's a lot of people who [don't] have money to buy some food. So we can help them," volunteer Rosario Ulla, said.

Three taco trucks were parked on 14th Street near Scott Street. In fact, two of the trucks actually blocked traffic, but no one seemed to mind, as hundreds of people flocked to the free tacos.

Tacos El Charrito was giving out 8 free tacos per family to help those struggling due to the #CoronavirusPandemic. They set up three trucks, blocked off a street, and practiced excellent social distancing. pic.twitter.com/U8otbHLRwp

With so many people in a relatively small space, there could have been an issue with social distancing. However, Ulla was acting as an usher. She placed people strategically around the street and surrounding areas to keep some distance between everyone.

"The most important is your health. So you have to be safe. Don't be out at parties. Please no parties for now. You have to help yourself."

She would also hand people a mask made of a paper towel and rubber bands.

Tacos El Charrito wasn't sure how many people they would serve or the numbers of tacos made, but it was in the hundreds if not thousands. The goal was to help their neighbors until the food ran out.