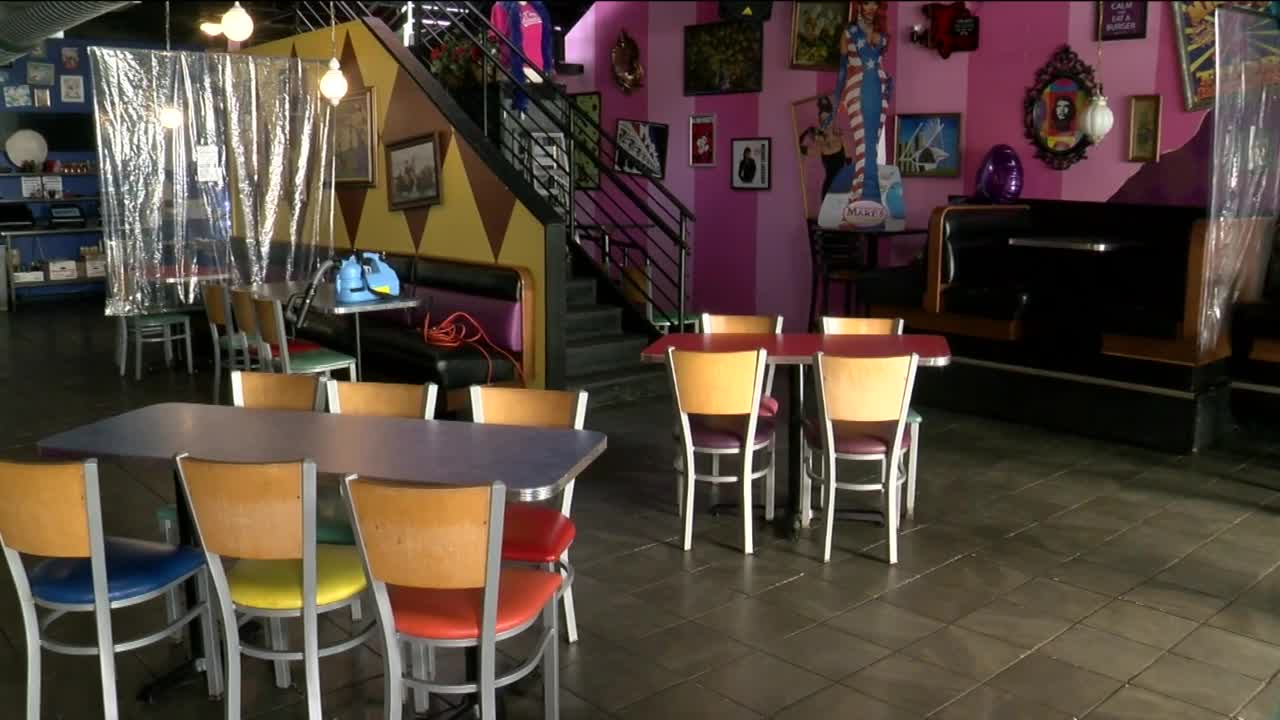 Under the upcoming Phase 4.1 re-opening plan from the Milwaukee Health Department, restaurants will have to submit a safety plan to continue indoor dining.

MILWAUKEE — Under the upcoming Phase 4.1 re-opening plan from the Milwaukee Health Department, restaurants will have to submit a safety plan to continue indoor dining.

Restaurant owners say they are busy preparing their plans amid little information on what will be required.

Hamburger Mary’s owner Brandon Wright says his restaurant is doing most of the safety precautions he thinks will be required.

Wright said, “My fear is that from what I understand if we don’t come up with a plan, a written plan that’s approved that we may be forced to close again or forced to go back to curbside. That would just decimate our business entirely.”

Wright has turned to Steve Hawthorne. Hawthorne owns Hawthorne Coffee on South Howell Street in Milwaukee. He’s one of a handful of owners that decided to take advantage of a program that has been offered since Milwaukee went to Phase 4 of re-opening.

The option allowed restaurants to submit a plan on their COVID safety procedures and open to 100% capacity.

It’s believed the requirements for the new plan required for all restraints in 4.1 will be similar.

Hawthorne says restaurant owners have become close during the pandemic and are helping each other out.

“The attitude going around is we are all in this together. It’s true now more than ever” said Hawthorne.

The City of Milwaukee Health Department has a link to the current requirements and form on their website.

While the city hasn’t officially announced a deadline date, the plan is expected to go into effect later this week.

Restaurant owners say they have heard they will have until the end of September to comply.