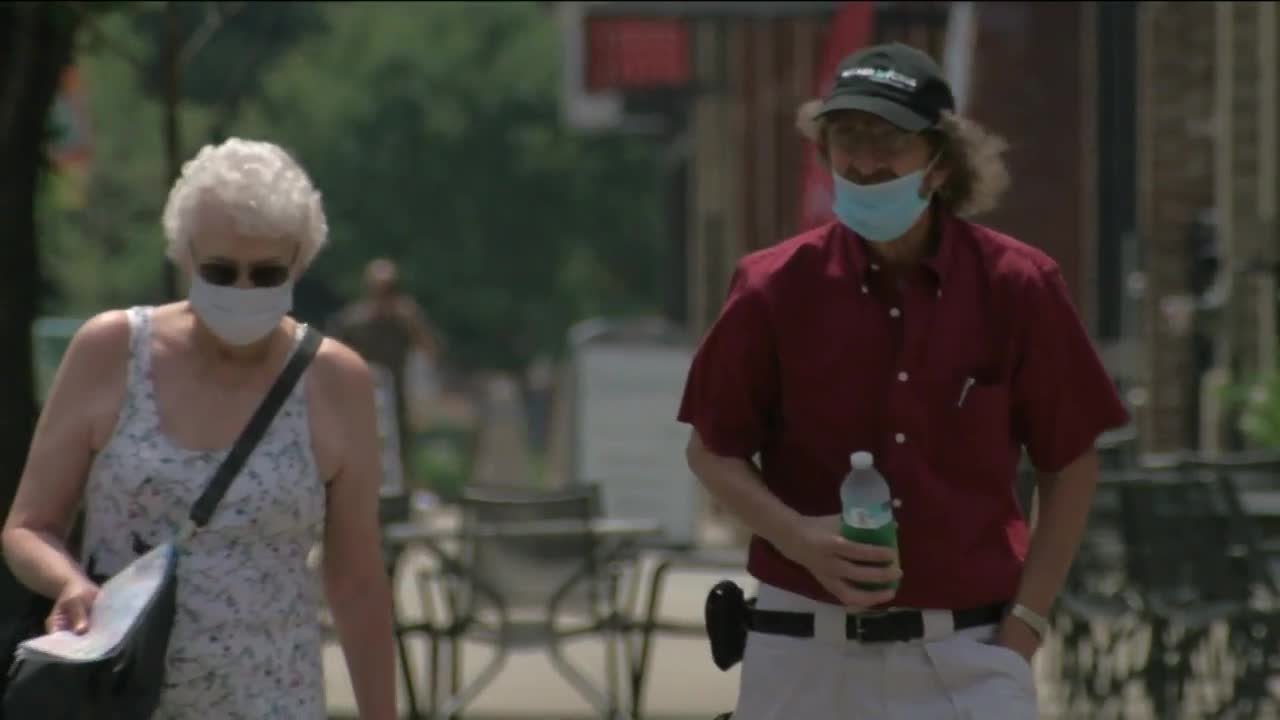 The Milwaukee Common Council unanimously approved an ordinance requiring masks to be worn in public Monday afternoon. It could go into effect as soon as Thursday officials said.

The City of Milwaukee’s mask mandate could go into effect as soon as Thursday according to the city’s clerk.

The Common Council unanimously passed the proposal Monday and Mayor Tom Barrett is expected to sign the local ordinance.

Milwaukee’s mask mandate will be the first in the state to require face coverings both inside public buildings and outside whenever people are within 6 feet of others. Milwaukee’s health department has the ability to fine businesses that are caught in non-compliance, but people are expected to self-enforce.

Four months into the pandemic and just a couple days since Wisconsin broke its latest daily coronavirus case record, all 15 members of Milwaukee’s Common Council agreed Monday that the time is now to require face masks in the state’s biggest city. Alderwoman Marina Dimitrijevic came up with the initiative.

“Milwaukeeans and Wisconsinites are dying, I’m not going to stand by and let that happen,” she said.

After a few tweaks to the proposal late last week, anyone age 3 or older in Milwaukee will be required to wear masks in public spaces. Alderman Mark Borkowski said he initially had concerns with masks being required outdoors, but he has since changed his mind.

This mandate allows businesses such as grocery stores to refuse service to people who are not wearing masks.

“We’ve seen some businesses open and shut within 24 hours,” Alderwoman Dimitrijevic said. “So those, we’re going to have a progressive, punitive measure suggested.”

While individuals aren’t at risk of being fined, Alderwoman Dimitrijevic is hopeful self-enforcement is effective for residents.

“Please do it and show that you care about other people,” she said.

The order states people won’t have to wear masks when they are eating or drinking inside bars and restaurants.

Mayor Barrett said he supports the ordinance and believes it’s written in a way that can’t be struck down in court.

“We believe based on our conversations with the city attorney’s office, that by going through the council that we would have the strongest legal footing to withstand a legal challenge to this law,” he said.

More than 80 businesses across Milwaukee voiced their support for the mask mandate including Pabst Theater Group. CEO Gary Witt compares self-enforcement of this mandate to when Wisconsin initially banned indoor smoking.

“Of course they were able to continue to actually even increase and grow their business and they solved that in the same way, no one called the police when someone was smoking in one of their bars,” Witt said.

The Common Council also passed a proposal that would offer free masks to residents at places like fire stations and libraries. Alderwoman Dimitrijevic said one resident has pledged to provide 1 million masks to help this initiative.

Learn more about the ordinance here.