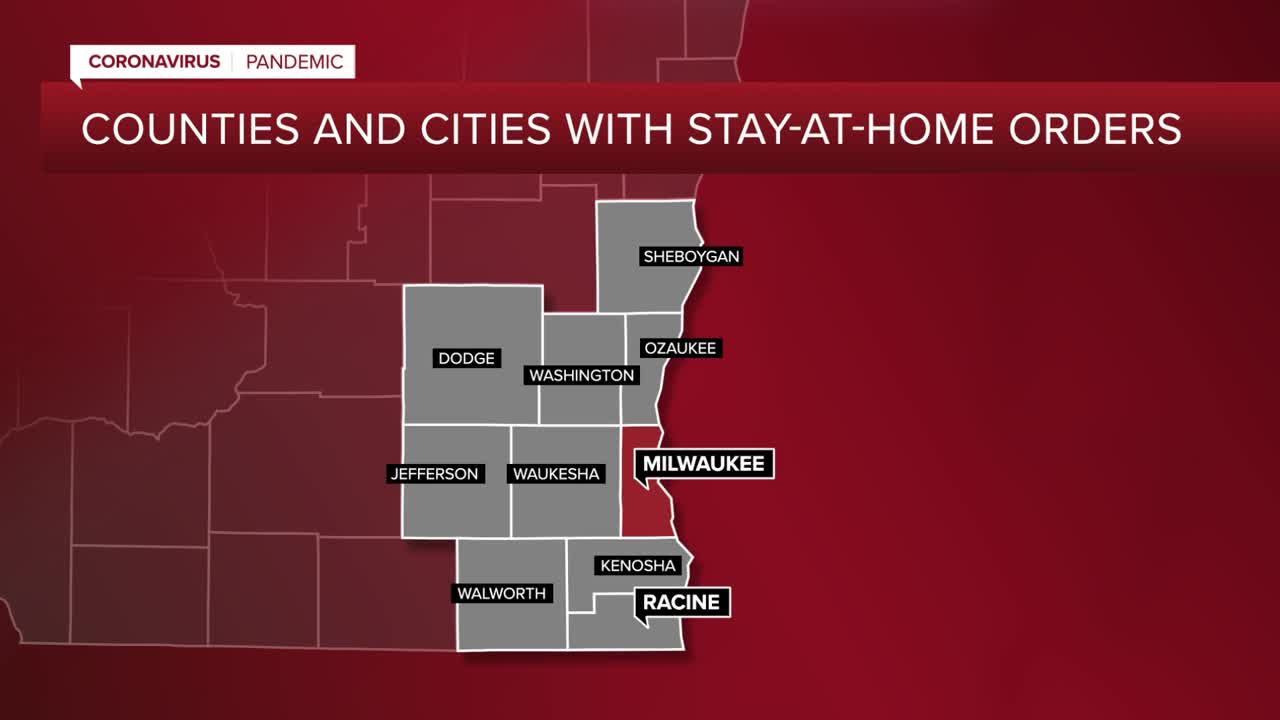 Less than 24 hours after it issued a local order to extend Wisconsin's Safer at Home guidelines following a Supreme Court ruling, Kenosha County's Department of Human Services says it is withdrawing the order.

KENOSHA COUNTY -- Less than 24 hours after it issued a local order to extend Wisconsin's Safer-at-Home guidelines following a Supreme Court ruling, Kenosha County's Department of Human Services says it is withdrawing the order.

"In response to differing and updated legal guidance, Kenosha County is immediately withdrawing its local action that continued the provisions of the state’s Safer-at-Home Order," a news release from the department says.

“The Supreme Court’s order caused a great deal of confusion and uncertainty last night that left us and others across the state struggling to determine how to abide by the ruling while continuing to protect the public’s safety amid the COVID-19 pandemic,” Kenosha County Corporation Counsel Joseph Cardamone said in the news release. “Tonight, with varying guidance from the Wisconsin Counties Association and more time to review best practices moving forward, together we’ve determined that we will withdraw our order and instead view Safer-at Home as a series of best practices, rather than requirements.”

Kenosha County had initially released the new order early Thursday morning in the aftermath of the state Supreme Court's 4-3 decision to strike down Gov. Tony Evers' Safer at Home order. The withdrawal leaves Milwaukee County and the City of Racine as the only southeast Wisconsin locations still following 'Safer-at-Home' policies or similar. See a full list here.