How the coronavirus is impacting funerals 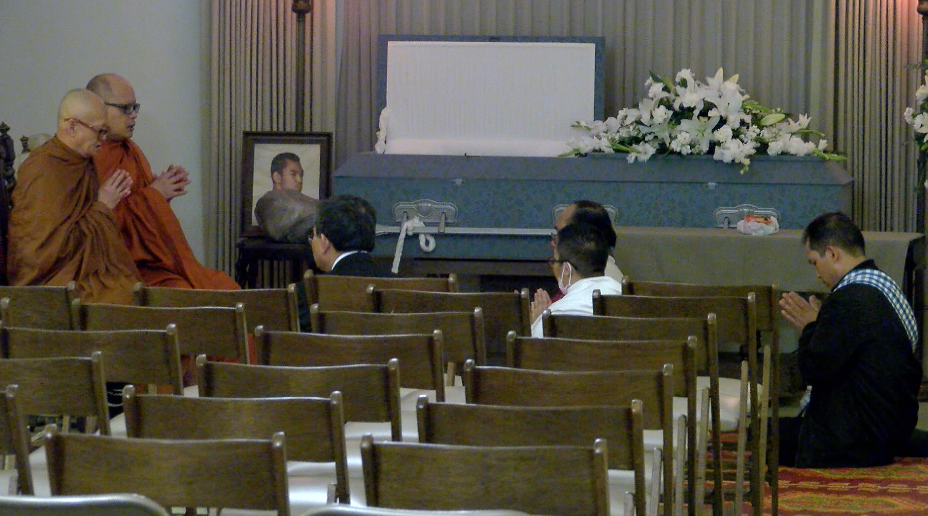 The coronavirus pandemic is having a serious impact on the way people have funerals.

MILWAUKEE — The coronavirus is impacting the way people have funerals in a serious way.

Take, for instance, Keng Phakousohn. He held a funeral for his late 39-year-old brother on Thursday, March 19. Dozens of family and friends were supposed to be in attendance. However, given Gov. Evers' restriction on public gatherings of nine or more people, big decisions had to be made.

"We have a lot of people want to come show respect, but they couldn't do that. We had to call them up. We have a limit to come in," Phakousohn said.

Just a handful of people arrived at the Brett Funeral Home in Milwaukee for the service. Four Buddhist monks presided over the ceremony, which meant only five people could be inside at a time.

The #coronavirus is changing the way people have funerals in a pretty serious way. pic.twitter.com/u2hJstaFcK

The death of a loved one is a serious life event. For many cultures, religions, and people, a funeral allows people to find closure and say their final goodbyes. Phakousohn said he was able to honor his late brother's legacy on Thursday, but it felt different without the rest of his friends and family there, not to mention being forced to regulate who is inside and who isn't.

"It's not normal. What happened now is all of a sudden ... we were not ready for this," Phakousohn added.

Family members were forced to wait outside for their turn to go in. A few people would come out of the building, and the same amount would enter. I waited outside with them for my turn to get a few shots inside. The family was kind enough to let me be one of the nine for a short time.

While this Milwaukee funeral home had just a handful of people inside, other funeral homes were empty.

Mark Krause, President of the four Krause Funeral Home and Cremation Services in the Milwaukee area, said that people have been postponing services since the ban started on St. Patrick's Day.

"Now we are just kind of on hold until we have the event, and the families are pretty understanding," he said.

When asked what his plan would be to accommodate families who wanted to bring more than nine people to the funeral, he said that he would implement a similar protocol as the Phakousohn family did. Family members would be allowed to rotate in and out.

"I think if we a prudent with that, and these people don't cross paths, we can do that to some degree," Krause said.

Funerals can not be postponed forever. Something has to be done with the bodies eventually. What will happen is unclear.

Plus, not even an outdoor funeral at a cemetery could circumvent the issue, Krause said.

"Some of the cemeteries in town are saying they are not having any services at the grave. They are doing just the funeral director bringing the casket, and we will do a burial."

From births to weddings to funerals, the coronavirus is forcing us to adjust the way we handle life's most significant moments. Unfortunately, it's not clear when things will resume to being normal.

Confirmed cases: 1,268 (as of Monday afternoon)