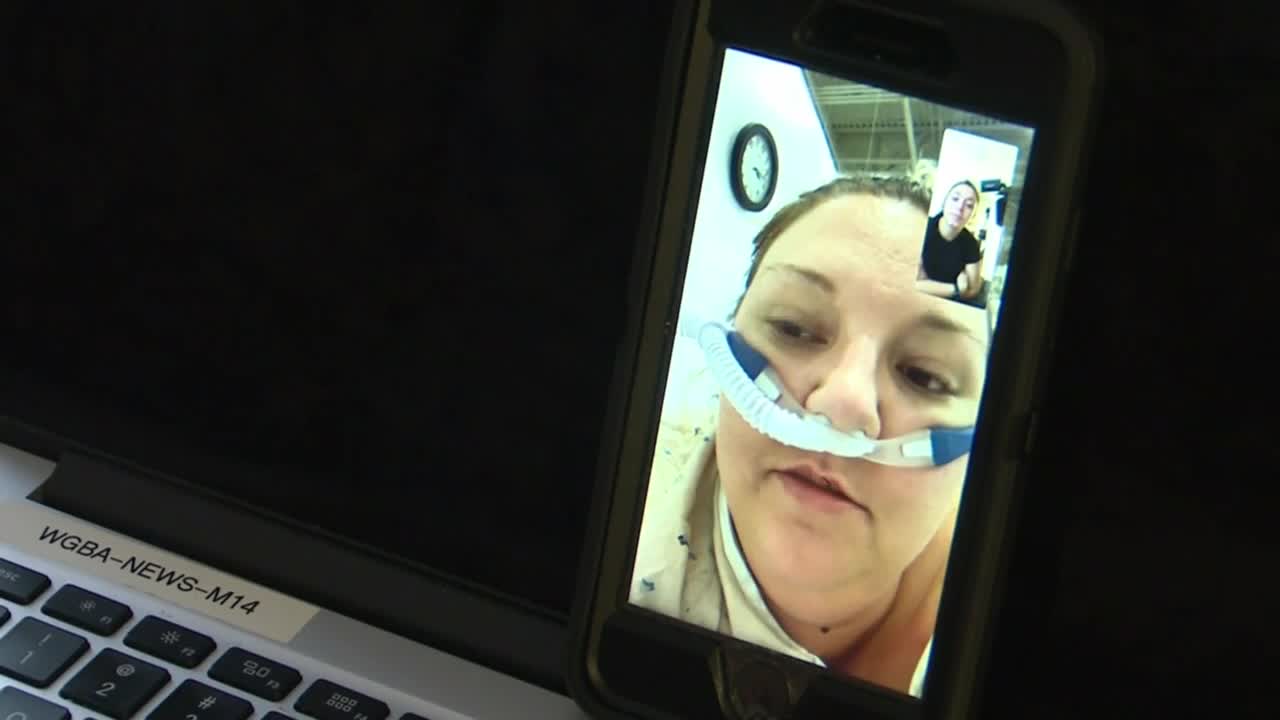 Watch an exclusive conversation with the second COVID-19 patient admitted to the field hospital on the state fair grounds.

The decision to move to Wisconsin's Alternate Care Facility on state fair grounds outside Milwaukee wasn't an easy one for Amanda Best.

"It was a lot of emotion and questions," Best, 34, said. "Especially when my stats, they kept dropping, so it wasn't like I was in a stable position to say, 'yep ok, you're on the mend of it.' It was more, 'we need room and are you willing to [go], because you're the youngest one we have?"

Best is a Patient Care Advocate for ThedaCare and works out of ThedaCare Regional Medical Center - Appleton. Best initially felt typical "sick" symptoms but tested negative. As fevers and breathing worsened, Best was tested positive for COVID-19 and was also diagnosed with double pneumonia.

"It got worse to where -- I have asthma too -- so I really couldn't breathe," Best said.

Best says she was admitted to the Appleton hospital Monday night, and was eventually asked if she would be willing to go to the field hospital outside Milwaukee on Wednesday morning. That option sparked many questions, but Best saw an opportunity for better care.

"It's so bad right now inside the hospitals, and I could tell even with the care," Best said. "They were trying the best they could, but there's so many other patients too that, like, I needed help but not as much. I can kind of do some things on my own."

According to the Department of Health Services, "The main purpose is to support covid-19 patients that are not severely ill but still require continued medical support after hospitalization or an admission to a hospitals' emergency department," in order to qualify for admittance to the state's Alternate Care Facility. Best says she was told that patients between 18-70 years old are eligible.

When Best was considering the move on Wednesday morning, the field hospital had already handled and sent home its first patient, so she would be the only patient there. She weighed her options with family over Facetime.

Best was surprised by quality of care as well as price: once referred by a hospital, transportation and care at the Alternate Care Facility are free to the patient. Ultimately, they are paid for with CARES Act funding.

Best gave NBC 26 a tour of her room at the Alternate Care Facility, seen in the video above. Patients rest on cots with extra cushioning and blankets. They have curtains for doors and oxygen on the wall in every room. There are also showers available for those feeling strong enough to use them beyond a sponge bath. Best says the five-course three meals she has per day is "sometimes better than what I eat at home."

Ultimately, Best wants anyone fearing being moved to the Alternate Care Facility to relax after hearing her experience there so far. Best said she is confident in the decision and care she's now getting.

"And it makes my family feel better because like I said at the hospital, I was getting the care but they were so busy, I wasn't getting what I needed when I needed it, and I think that was making it worse," Best said. "Where here, they're able to react and move fast on everything."