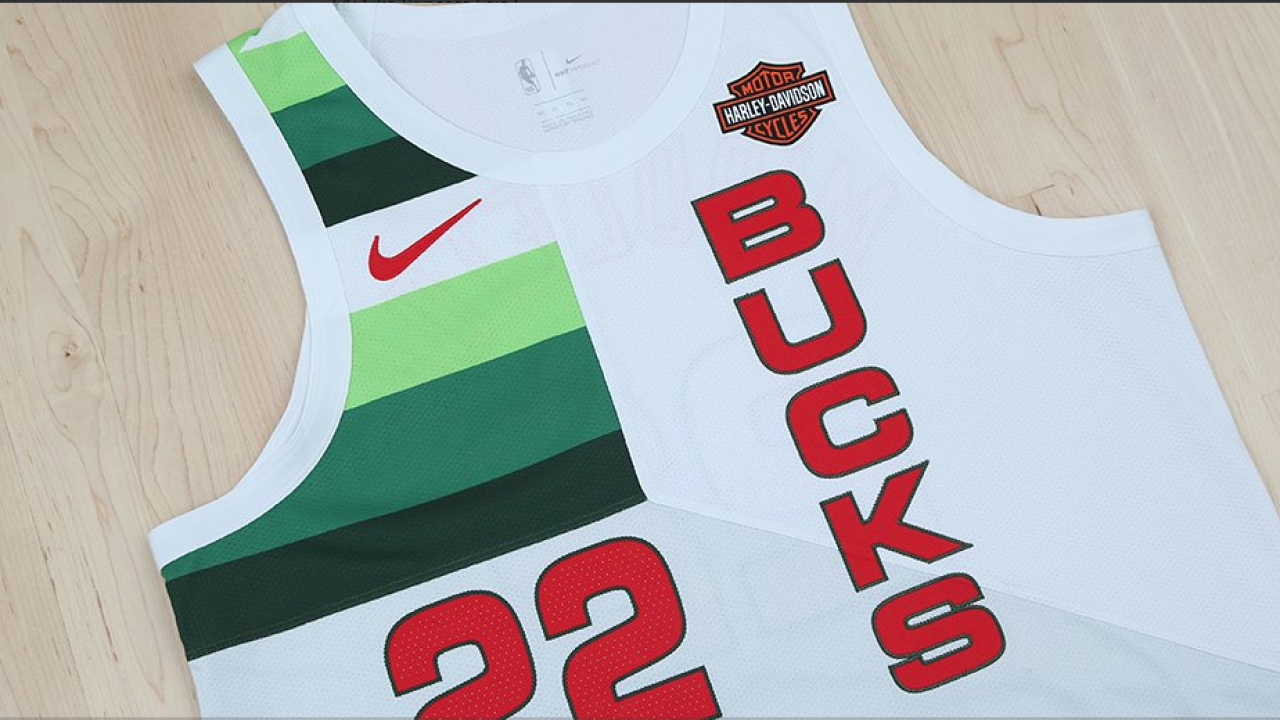 MILWAUKEE -- Sticking with the MECCA-Era theme for this season, the Milwaukee Bucks have released a photo of their Christmas Day uniforms.

From the BOLD colors of our past, comes the 2018-19 Earned Edition » https://t.co/UOogyB41bM pic.twitter.com/UuCuSSoSfb

These jerseys will be the team's Nike Earned Edition threads, using the same color scheme as they did in the late 1970s through 1990s. The Earned Edition uniforms were awarded to the 16 teams that made the playoffs last season and will debut when the Bucks take on the New York Knicks on Christmas Day.

If you're unable to make in to New York on Christmas Day, the team will wear these uniforms three times at Fiserv Forum. The first day being Dec. 27 against the Knicks, second time on Dec. 29 against the Brooklyn Nets and on New Years' Day against the Detroit Pistons.

If you wish to purchase these jerseys, they are available at the Bucks Pro Shop and online shop.bucks.com while supplies last.