4 times the Klement's Famous Racing Sausages made us smile 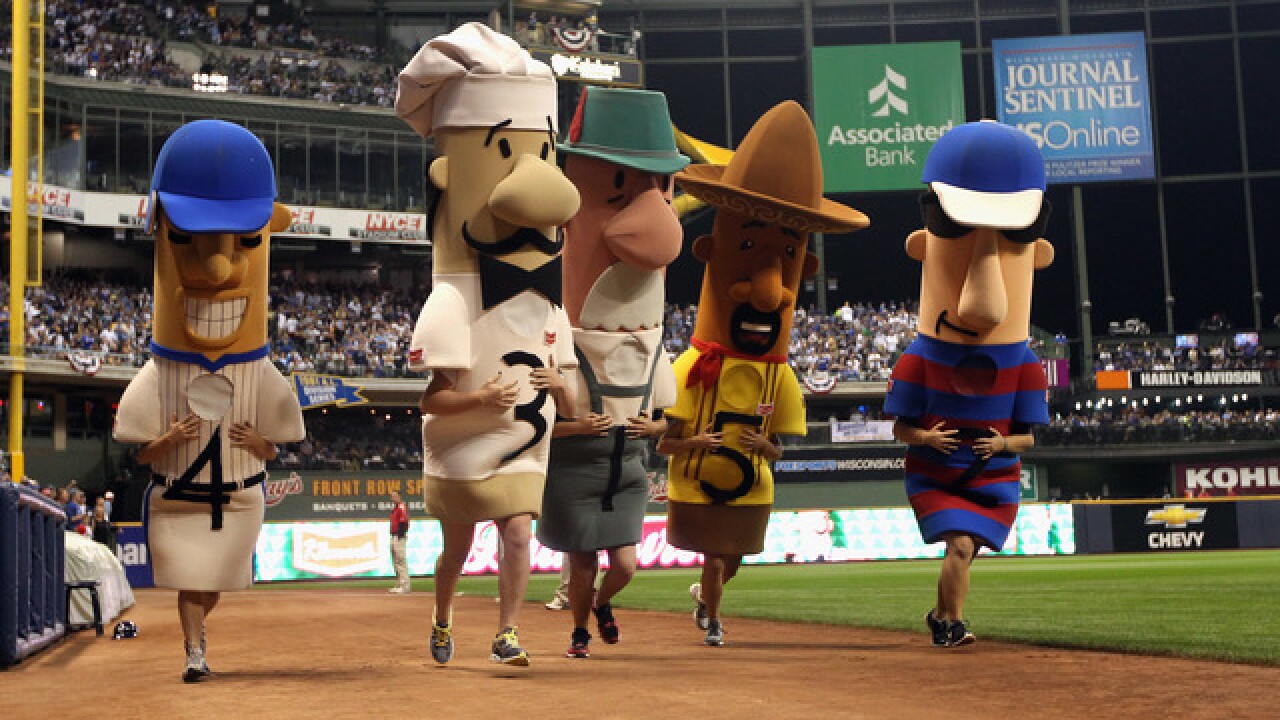 It was announced Monday that the Milwaukee Brewers are no longer continuing their contract with Klement's Famous Racing Sausages.

Actually, a lot of trips and falls.

It turns out running in a sausage suit is much harder than it looks.

For 15 years annually the sausages delivered the first brat of the season from Klement's to Miller Park. Where will the first Brat come from now?

Back in 2015, here at TODAY'S TMJ4 we had the pleasure of hosting the Racing Sausages.

4. That one time the Chorizo took off running the wrong way

Again, running in a sausage suit is apparently very hard.