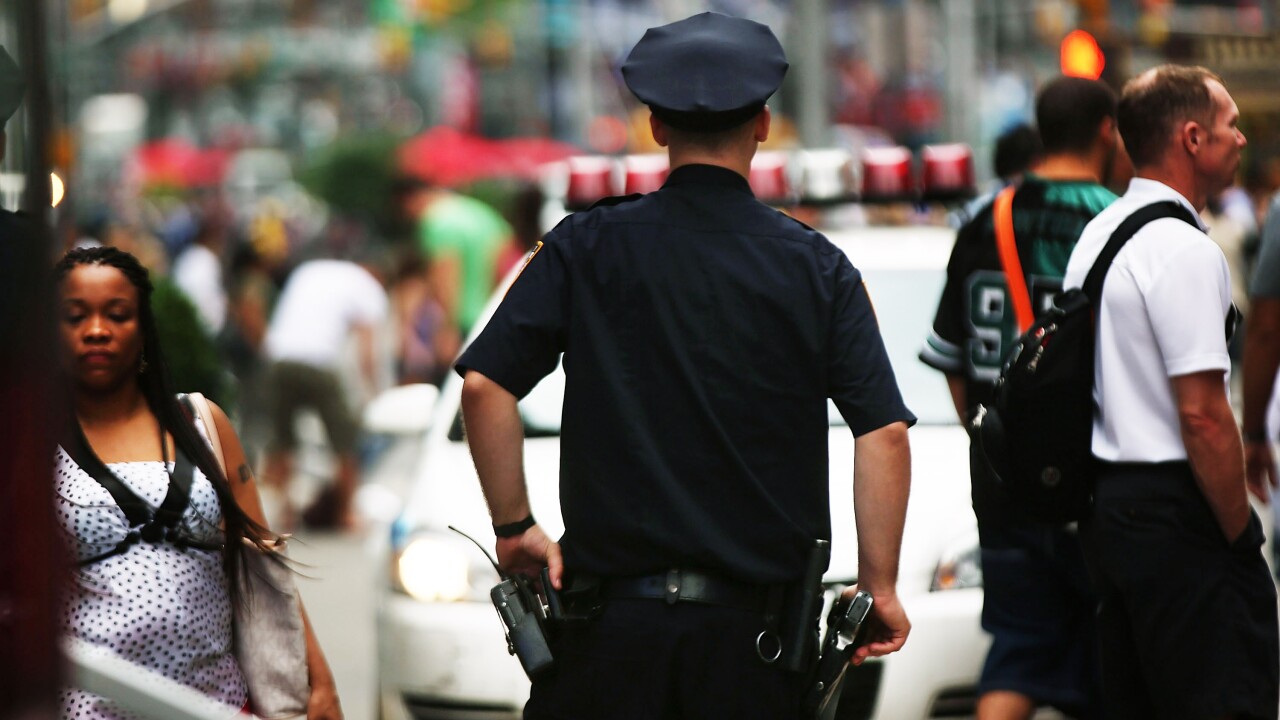 Here is our first deep dive into a policy issue on the presidential campaign trail. I am following four Milwaukee area students who will be 18 years old by the November Election and will vote for the first time in 2020.

Our journey today takes us to New York City to talk about a controversial police policy that's getting a lot of scrutiny.

It's called Stop and Frisk and it is raising big questions about Michael Bloomberg's run for President. The former New York City Mayor coming under fire in Tuesday night's presidential debate for his support of the controversial policy. It mostly targeted people of color.

"Mr. Bloomberg had policies in New York City of Stop and Frisk, which went after African-American and Latino people in an outrageous way," said Senator Bernie Sanders.

Bloomberg has since apologized for NYPD's aggressive use of stop and frisk when he became Mayor in 2002 but he has also claimed it helped reduce crime. "When we discovered, I discovered, that we were doing many, many, too many stop and frisks, we cut 95% of it out," said Bloomberg.

"The reason stop and frisk changed is because Barack Obama sent moderators to see what was going on," said former Vice President Joe Biden. "The policy was abhorrent. And it was, in fact, a violation of every right people have."

What is Stop and Frisk?

It is the practice of a police officer stopping and questioning a person, then patting them down for weapons.

In a lawsuit against the NYPD - the sitting Judge wrote: "In addition, the evidence at trial revealed that the NYPD has an unwritten policy of targeting "the right people' for stops. In practice, the policy encourages the targeting of young black and Hispanic men based on their prevalence in local crime complaints. This is a form of racial profiling.

Wauwatosa West student Riley McAdams agrees: "I think the usage of stop and frisk is a violation of people's liberties and infringing on people's right to privacy.

McAdams is one of four students participating in TMJ4's First Vote. I asked all of them to look at Bloomberg's record on this issue and what impact it will have on his presidential race. "Looking at his record and his comments against racial minorities and the usage of stop and frisk, I think it's really going to hurt his campaign," said McAdams.

Sherlean Roberts feels the same way. She points to the Fourth Amendment that protects all citizens against unreasonable searches and seizures. "Bloomberg believes this policy is effective considering the number of murders that have decreased. How can you be so sure that the numbers have decreased due to an illegal search?" asked Roberts.

Sherlean Roberts Stop and Frisk by Webster Milwaukee on Scribd

Roberts lives in Milwaukee and goes to Dr. Howard Fuller Collegiate Academy. She's undecided in the 2020 election but says this issue is important: "This topic will have a major impact on the 2020 campaign because citizens need to gain trust in the government who should have their best interest and wouldn't violate them for their own cause."

Slinger High School Senior Hunter Acton sees it differently, he lives in Washington County. "The process of stop and frisk seems very practical to me."

Acton believes law enforcement should be able to remove illegal guns or illegal drugs but he opposes any racial profiling. "Where this becomes a problem is when different groups ethnicity's, races are handled differently in that process."

Marquette High Senior Alan Angulo finds the practice of Stop and Frisk alienating and unfair and not just because he’s Hispanic.

“I've never experienced this personally," said Angulo. "Currently, I am a minor but I would hate to think that in the future I would have to be exposed to this or someone I know, or people close to me would have to experience this.

He’s not giving Bloomberg a pass even though the Democratic candidate has now admitted Stop and Frisk was unfair to minorities.

“I think it's pretty hypocritical for him to say that, say the things that he did because he obviously had a huge part to do with stop and frisk.”

Milwaukee is not immune to this issue. In 2017, the ACLU sued and later settled with the city of Milwaukee, accusing MPD of illegal stop and frisks targeting people of color.