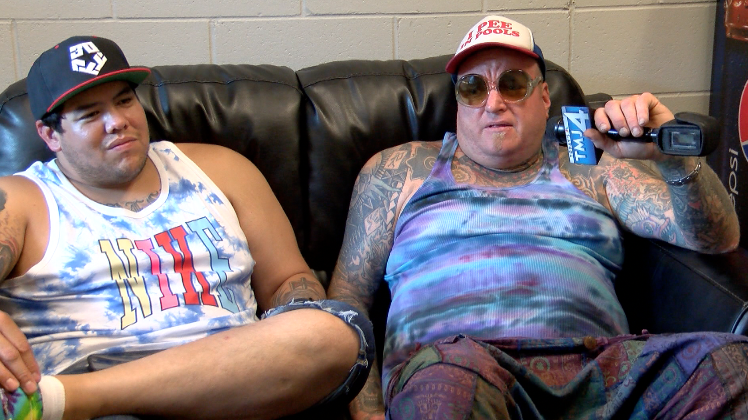 Testing Sublime With Rome's quick-thinking skills with some rapid-fire questions.

MILWAUKEE — Just mention the band name Sublime With Rome and not much else needs to be said. Ska, California, '40 oz to Freedom', hard partying (back in the early days) and musical consistency all come to mind.

The group has been performing under the name Sublime with Rome for nearly a decade, but the band Sublime started in 1988. Safe to say, an iteration of Sublime or Sublime with Rome has been singing hits like 'Santeria' and 'Wrong Way' for almost 30 years. Their legacy is firmly cemented in music culture.

Now Sublime with Rome is back on tour after releasing the group's third album, Blessings on May 31. The band stopped in Milwaukee for their third ever Summerfest performance, but before they took the stage, TODAY'S TMJ4 asked them about performing new songs, fashion and put them to the test with some unusual rapid-fire questions.