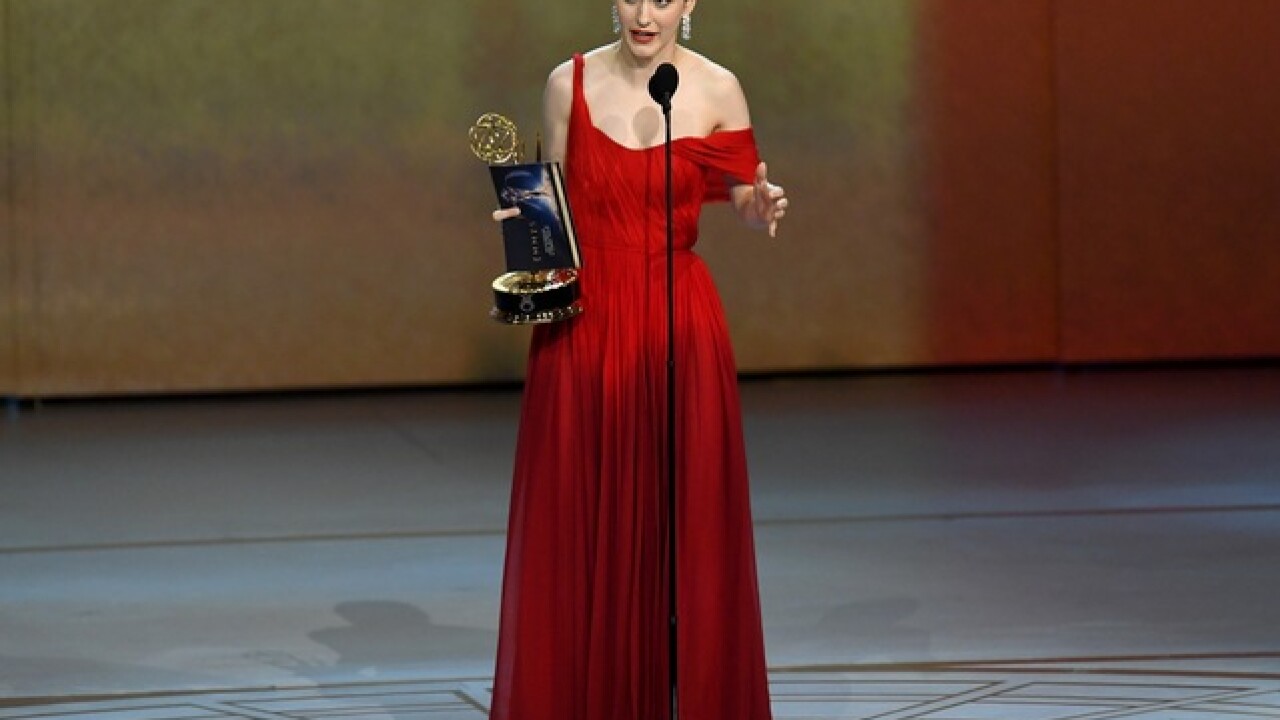 Image copyright 2018 Getty Images. All rights reserved. This material may not be published, broadcast, rewritten, or redistributed.
Kevin Winter

Brosnahan thanked her family, friends and cast and crew on the show before advocating for people voting in the upcoming elections.

“And one of the things I love the most about this show while I have you captive for another two seconds, it’s about a woman who is finding her voice anew,” she said. “It’s something that’s happening all over the country right now. One of the most important ways that we can find and use our voices is to vote. So if you haven’t already registered, do it on your cell phone right now. Vote, show up, and bring a friend to the polls. Thank you so much.”

This was Brosnahan's first Emmy win and was one of four wins for "The Marvelous Mrs. Maisel." The show also won for supporting actress in a comedy series, writing and directing for a comedy series and best comedy series overall.