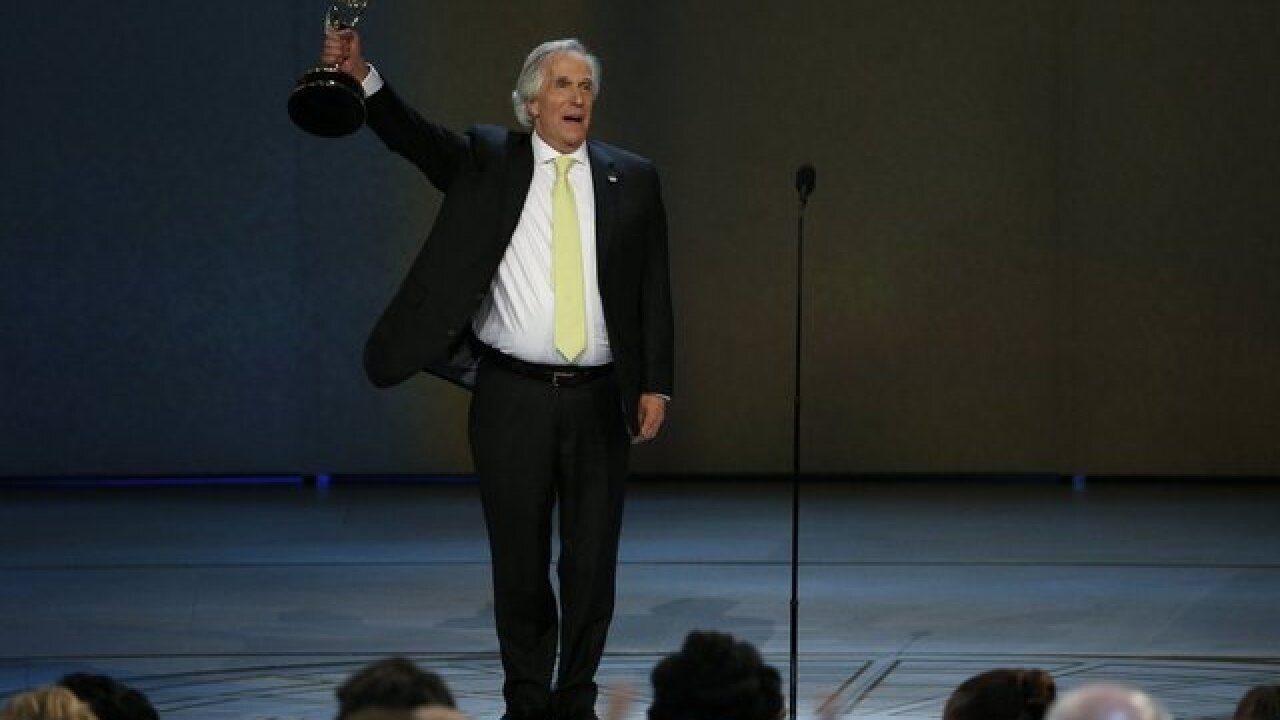 (CNN) -- It was a good night to be a freshman, at least in the comedy categories at the Emmys.

Brosnahan used her acceptance speech to urge people to vote.

"One of the things I love most about this show is it's about a woman who's finding her voice anew," she said. "It's something that's happening all over the country right now. One of the ways you can [find your voice] is to vote. If you haven't already registered, do it on your cellphone right now."

The series also won back-to-back trophies for Amy Sherman-Palladino, who took home wins for both outstanding writer and director for a comedy series.

"My panic room is going to be so pretty," she joked.

In the drama categories, "Game of Thrones" is back in contention for outstanding drama this year, facing tough competition from "The Handmaid's Tale," "Stranger Things," "The Americans," "This Is Us," and "Westworld."

HBO's "Game of Thrones" wasn't eligible to be nominated at last year's ceremony. The top drama prize went to "The Handmaid's Tale," so the two shows are considered particularly strong contenders this time around.

Emmy predictions: Who will win the night's major awards?

That's just one of the many categories that will be closely watched during what is one of television's biggest nights.

There's also the possibility history will be made.

If Sandra Oh takes home the outstanding lead actress in a drama series for her role on "Killing Eve," she will be the first woman of Asian descent to do so.

Oh is up against Claire Foy from "The Crown," Tatiana Maslany from "Orphan Black," Elisabeth Moss from "The Handmaid's Tale," Keri Russell from "The Americans" and Evan Rachel Wood from "Westworld."

During the show's opening, diversity was heralded and Hollywood was roasted about the #MeToo movement.

"Saturday Night Live" cast members Kate McKinnon and Kenan Thompson kicked off the show with a jokey song and dance number titled "We Solved It," which paid tribute to the diverse list of nominees this year.

"This year's Emmy Awards has the most diverse group of nominees in Emmy history," Thompson said. "Yes indeedy. One step closer to a black Sheldon. I'm going to go ahead and say it: We solved it."

"You haven't solved it," singer Ricky Martin, who is Latin, joked. "This song is way too white."

"Netflix, of course, has the most nominations tonight. That's right. And if you're a network executive, that's the scariest thing you can possibly hear except maybe, 'Sir, @RonanFarrow is on line one."

Che got in a zinger talking about all the money Netflix has been spending on new projects and deals.