Big outpouring of love and support for the Community Baby Shower 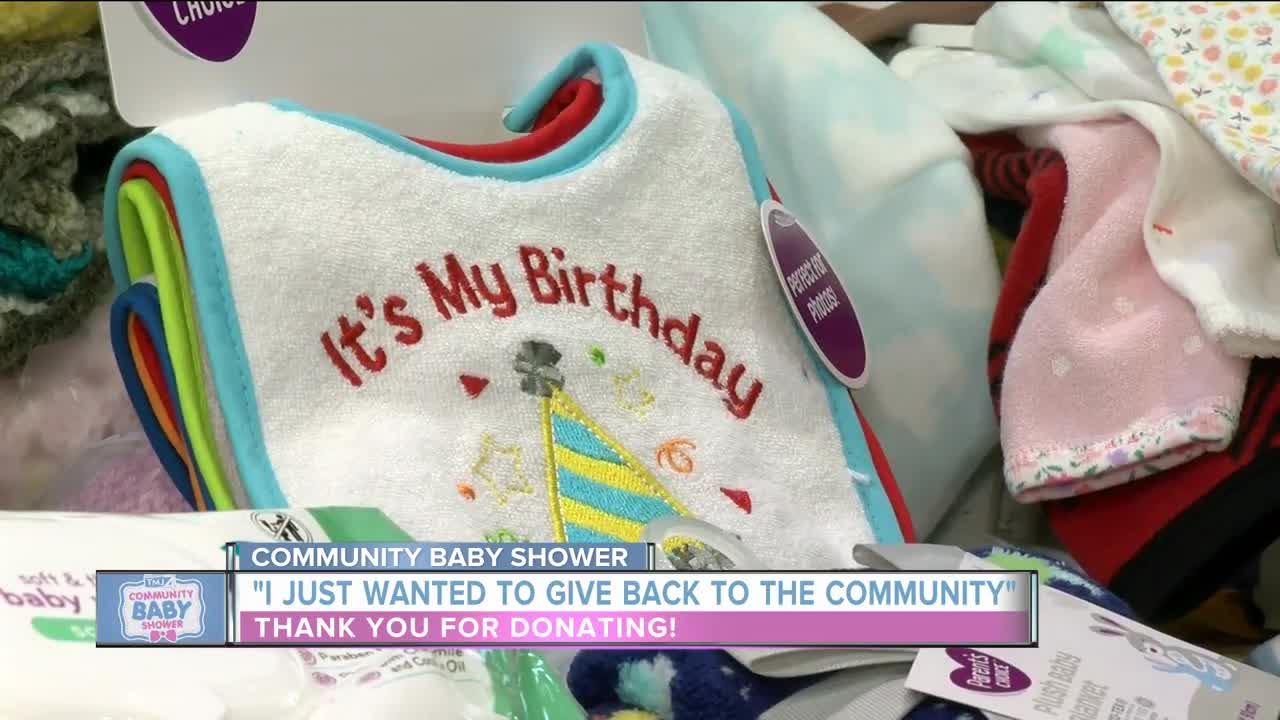 Thanks to the generosity of TODAY'S TMJ4 viewers in southeast Wisconsin several local agencies received hundreds of new baby items.

Thanks to the generosity of TODAY'S TMJ4 viewers in southeast Wisconsin several local agencies received hundreds of new baby items.

People donated them to the TODAY'S TMJ4 Community Baby Shower.

"It's wonderful," said Jennifer Ramirez of Sojourner Family Peace Center, one of the Shower's recipients. "It's creating a culture of love and support."

A culture of love and support for local babies in the greatest need.

"We can make sure that they're comfy and cozy and safe and feeling secure and nurtured so that their parents can focus on the things they need to do to make sure their family is safe," said Jessi Trauth of The Women's Center, another recipient agency.

Many of the donations came from people who donate year after year, like Nancy Koehler. She made more than 160 blankets.

"When we needed help, people helped us, and I just want to give back to the community," she said.

There were new donors as well, like STRATTEC Security Corporation. Employees held a baby shower of their own to collect items.

"Came in here with six carts and two giant boxes full of stuff, so proud of them," said Nicole Baker, the STRATTEC employee who helped organize the baby shower at her work.

She said the reason they donated was simple, "I can't imagine a baby being without baby supplies."

Thousands of items collected for a baby shower that began when TODAY'S TMJ4 anchor Susan Kim was pregnant with her second child. That child is now 17 years old.

Thank you also to the Froedtert & the Medical College of Wisconsin Birth Centers for partnering with TMJ4 for the Community Baby Shower. Also thank you to Metcalfe's Market in Wauwatosa and Albrecht's Sentry in Delafield for hosting TMJ4.