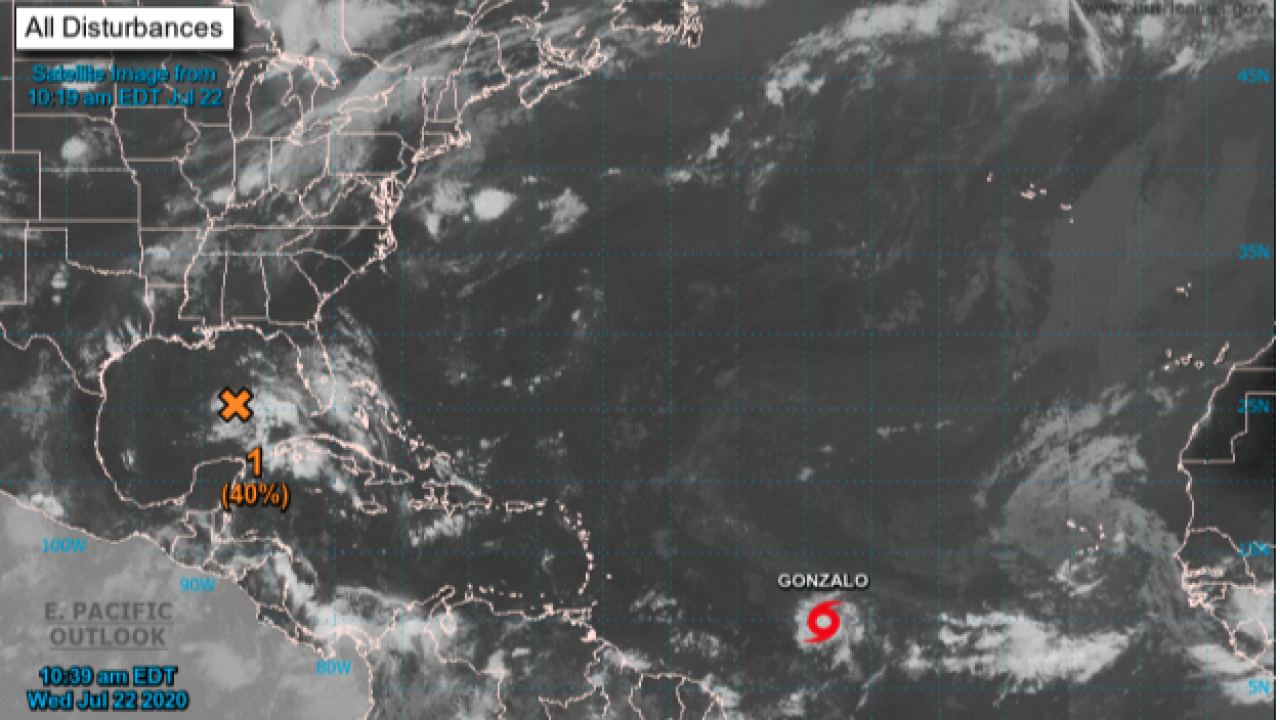 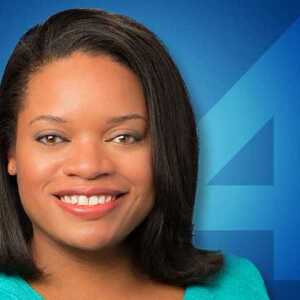 The tropics are heating up again! This morning tropical depression #7 strengthened into Tropical Storm Gonzalo, now becoming the earliest 7th named storm (or G named storm) in the history of the Atlantic Basin season.

In addition to Tropical Storm Gonzalo, the NHC is also giving Invest 91L, a tropical wave in the eastern Gulf of Mexico a 40 percent chance of developing into a tropical depression over the next few days.

But for now, let’s focus on Gonzalo!

In just a matter of a few days, this storm went from being an easterly wave to a tropical storm, and now the forecast is looking more favorable for it to develop into this season’s first hurricane.

Right now, it’s a tiny storm but the latest satellite imagery and forecasts show it continuing to intensify and become better organized. As of this writing, the latest advisory has Gonzalo classified as a tropical storm with a minimum central pressure of 1000mb, moving toward the west at 12 mph with maximum sustained winds of 50mph.
The forecast cone from the NHC has the storm strengthening into a category 1 hurricane heading for the eastern Caribbean by Thursday morning.

It’s not yet known if Gonzalo will have an impact on the United States but if the storm does not dissipate, the Windward Islands could be dealing with heavy rain and destructive winds by this weekend.