Saharan dust entering the U.S., but slim chance it makes it to southeast Wisconsin 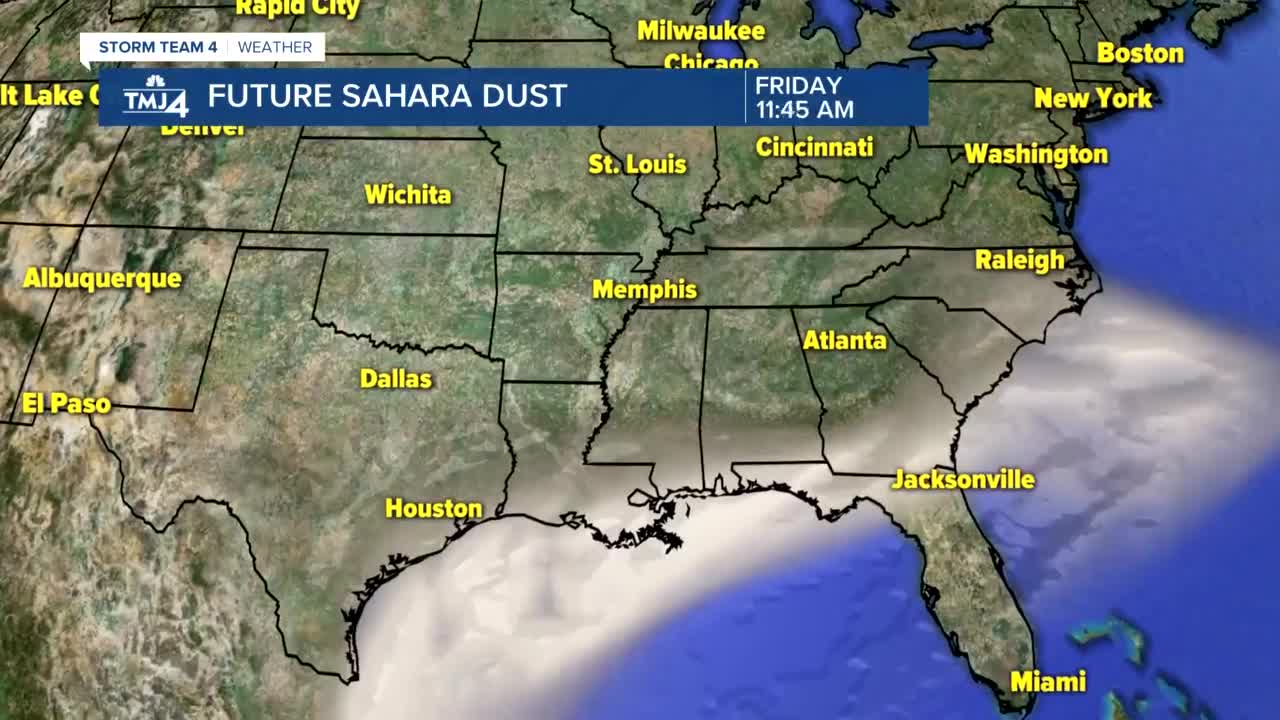 Saharan dust has traveled over 5,000 miles, and reached the Gulf Coast. But it is unlikely to noticeably affect us in southeast Wisconsin. 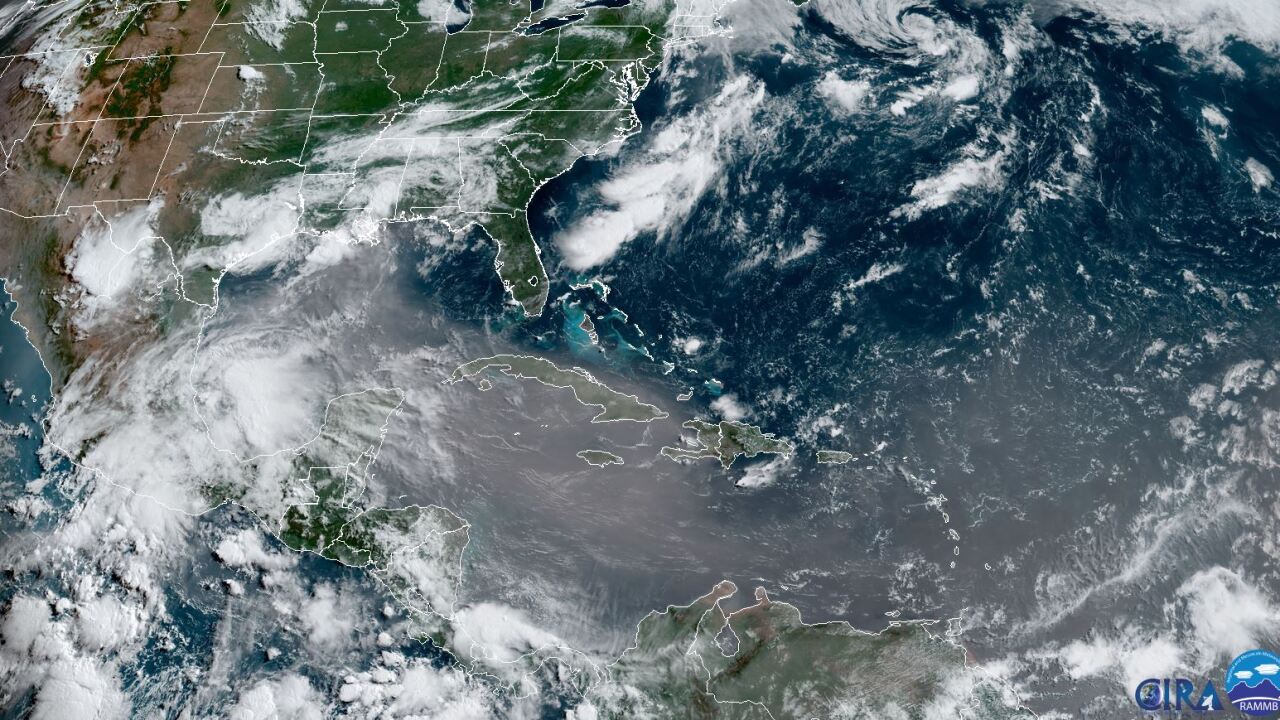 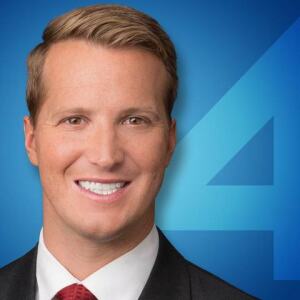 JUNE 24TH, 2020 — You may have already heard of the massive plume of Saharan dust heading for the United States, but you may not know this actually happens almost every year.

This year's Saharan dust or SAL (Saharan Air Layer) is particularly large and strong. An ideal voyage along the Easterlies and Puerto Rico makes this year's dust even more special, and marks the strongest arrival of SAL in 15 years!

As of Wednesday morning, the Saharan dust has started to edge into the Gulf Coast states.

Now lies the big question...will we eventually feel or see the effects here in southeast Wisconsin? The short answer is UNLIKELY.

That doesn't mean trace amounts of SAL won't be floating around, but don't expect to see dust residue on cars in the parking lot of Mayfair Mall or the out-of-this-world sunsets promised by others.

Just like hurricanes, as the SAL reaches the northern latitudes, it will have to fight off the general Northern Hemisphere westerlies. However, before doing so, there is a chance some the dust clips the Great Lakes region with a strong southern low to upper altitude wind starting Friday and into the weekend. I've illustrated this in the video above.

Either way, it's pretty wild we're talking about SAL reaching Wisconsin, just weeks after our first tropical depression on record. Coincidence? I'll leave that for a potential future blog.