Howard leads Marquette to 71-60 win over No. 10 Villanova 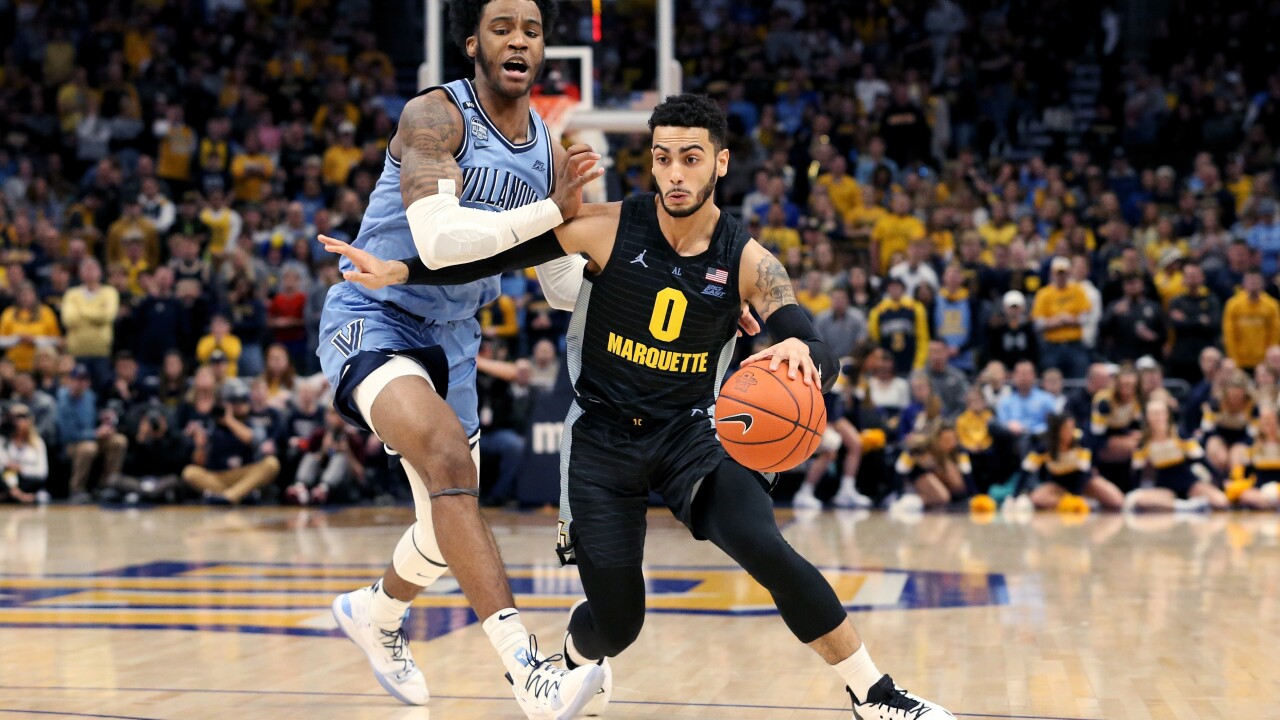 MILWAUKEE — Villanova coach Jay Wright said Marquette guard Markus Howard played on a different level from anyone his team could throw at him Saturday.

“He's just in total control out there,” Wright said of the 5-foot-11 guard. “Even defensively, he's so smart. He uses his body well. Offensively, he's always under control. He's never off-balance. He's got an incredible basketball IQ. He's got great confidence. You just see each of those areas get better and better. Now, as a senior, you can just see he's just out there like, ‘I'm playing with a bunch of kids.’ And against us, he is. That's what it looked like.”

Howard, who entered the day as the nation's top scorer at more than 25 points a game, scored 15 in the first 10 minutes. He also had eight rebounds to lead the Golden Eagles (11-3, 1-1 Big East) before fouling out. Koby McEwen, three days after being held scoreless in a loss at Creighton, added 22 points for Marquette.

“No matter how I play, I'm going to be me. I'm going to be aggressive,” McEwen said. “That game (Creighton) was over. Once the game was over, you learn from it. I flushed it. I went in and I learned how to be better.”

Cole Swider and Justin Moore each had 14 points for Villanova (10-3, 1-1), which had won its last six games. Unranked Marquette was favored by 1 1/2 points on its home floor.

“This league is going to be incredible,” Wright said. “You're going to have to really be mentally tough this season. You can't let one game affect your performance in the next game.”

The difference came at the foul line — Marquette made 26 of 30, Villanova 3 of 5. The Golden Eagles also had seven blocks — four by Theo John, who is battling a hand/wrist injury.

“Theo had a spectacular game today,” Marquette coach Steve Wojciechowski said of John, who also had six points and 10 rebounds. “Our guys did a much better job of guarding the ball today. But any time there was a breakdown or they had a chance to score at the rim, Theo made it very difficult. Theo was sensational.”

Marquette shot more than 55% from the field in the first half and was 13 for 13 from the line before the break. Marquette led by as many as 20 before holding a 46-30 advantage at halftime.

Howard and McEwen combined for 30 of Marquette's 46 first-half points.

“Markus is an unbelievable player and he makes the game easier for everybody,” McEwen said. “But what people don't realize with his scoring, he opens the floor for everybody because guys are not going to help off of him, and if you help off Markus, I mean, I don't know what to say about you.”

Swider kept the Wildcats respectable early. The sophomore forward hit all four of his 3s in the first half and had 12 points at intermission.

Villanova, which has won two of the last four national championships, must regroup after getting dominated in its first conference road game this season.

After losing at Creighton 92-75 in their conference opener, the Golden Eagles bounced back and have now won six of their last seven games.