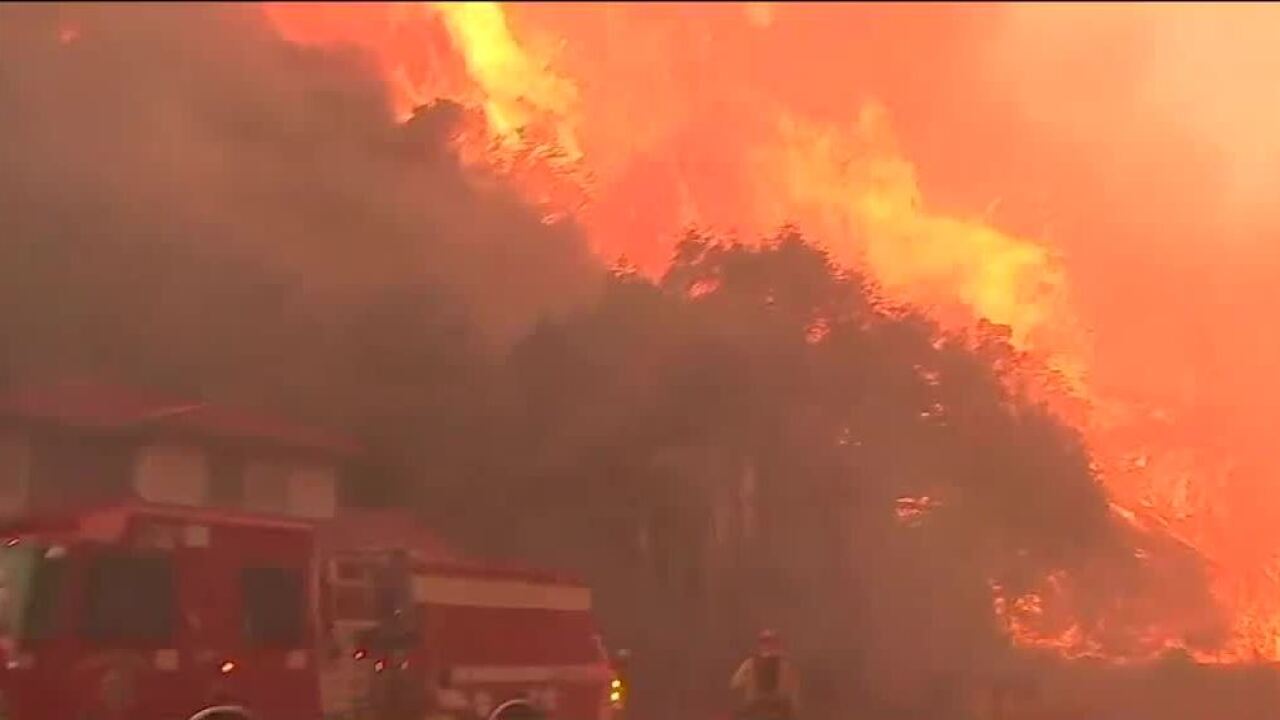 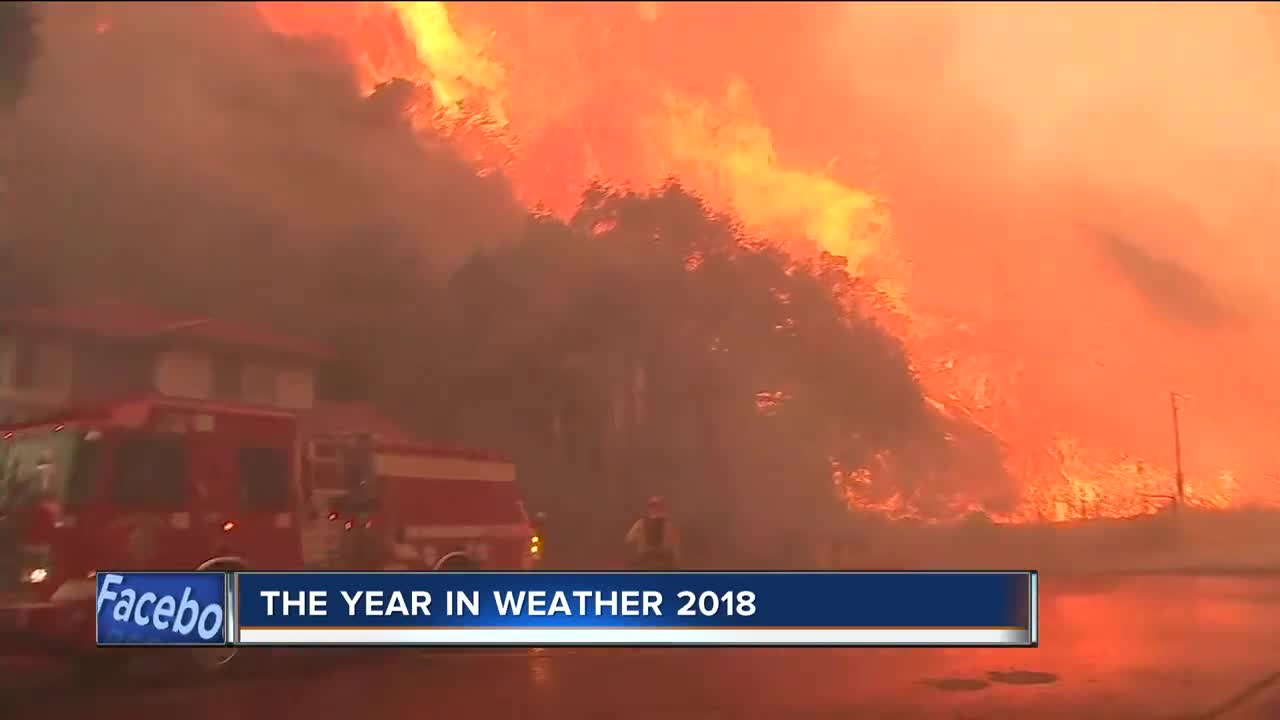 -The year 2018 started with the Winter of Bomb Cyclones. Known as intense nor'easters any other year, the first Bomb Cyclone brought snow and high wind as far south as Tallahassee, Florida. A more devastating Bomb Cyclone in the beginning of March claimed nine lives from the Mid-Atlantic to New England. Along with heavy snow and coastal flooding, winds up to 90 mph toppled widespread trees and power lines.

-Hurricane Florence made landfall as a minimal Category one hurricane, but dumped as much as 35 inches of rain in North Carolina. The rains sent the Cape Fear River a whopping 35 feet above flood stage. Florence killed 55 people and caused over $18 billion in damage. A much stronger Category Four Hurricane Michael made landfall at Mexico Beach as the fourth strongest hurricane to hit the U.S. on record. The 155 mph winds severely damaged the Florida panhandle and killed 45 people.

-The California Wildfires may be this year's most tragic weather story. In late July, the Mendocino complex fire became the largest fire in state history. Santa Ana winds sparked more fires in November, including the Camp Fire. The camp fire burned over 18,000 structures, mostly in the City of Paradise. The fire claimed 85 lives and counting.

-We had a miserable start to spring with 10 inches of snow in April and temperatures running seven degrees below normal in Milwaukee. On April 13th, the Fox Valley was blasted with 15 to 30 inches of snow. This blizzard was the largest snowstorm on record for Appleton and second largest for Green Bay.

-It ended up being a hot summer in Milwaukee with 13 days in the 90s. The heat peaked on June 30th when we reached a heat index of 107 during Summerfest.

-Flooding ravaged much of the state towards the end of summer. The Madison area was hit first on August 20th, with over 12 inches of rain in Middleton. A week later, nine inches of rain fell in one night across Ozaukee County. This heavy rain flooded parts of I-43 and eventually sent the Milwaukee River well over it's banks. The following night, torrential rains flooded the western half of the state. All of the flooding prompted a state-wide State of Emergency.

-Along with the flooding, over 19 tornadoes carved a path from Marquette to Sheboygan County on August 28th. The strongest tornado, an EF-2 with winds up to 125 mph, did extensive damage in the Brownsville area. This was the fourth largest tornado outbreak in Wisconsin history. With advanced warning, thankfully there was no loss of life.