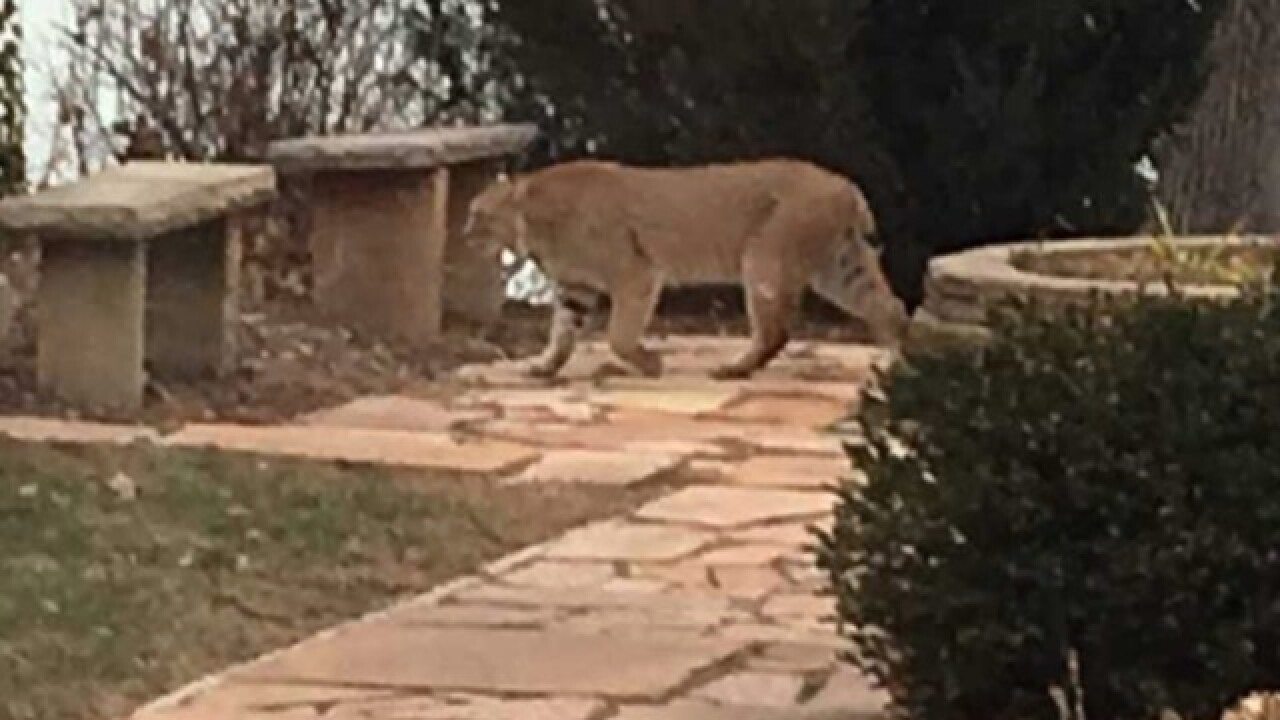 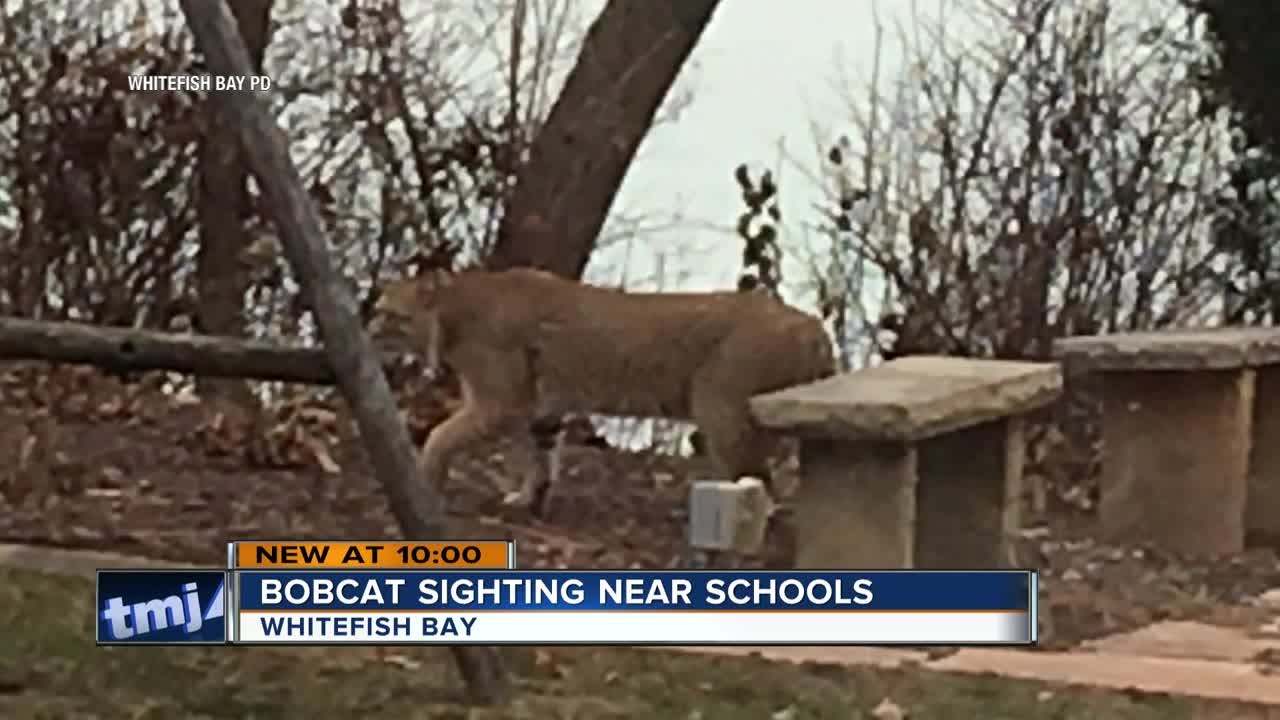 A third bobcat sighting has been reported in Whitefish Bay in less than a week, this time near schools.

Principal Amy Kern at Holy Family Parish School spotted one late Tuesday night as she was driving away from the school..

"All of a sudden this, I would say a very large shadow of an animal, is slowly crossing Hampton," said Kern.

She watched it cross the street at around 9 p.m. and head into the Cumberland Elementary School parking lot.

"To be very honest, I thought for a split second 'whose small horse or pony is that?' and I knew that did not make sense," she said.

Kern thinks it's the same one recently spotted around town.

There have been three sightings reported in Whitefish Bay. The first was on Dec. 5 in the 5000 block of North Lake Dr. by Big Bay Park. The second time was on Friday, near 6100 North Lake Dr. Then, the third time was the one Kern saw near 1200 Hampton Rd.

Kern followed the bobcat with her car, watching it walk toward the playground at Cumberland Elementary before it took off.

"Once it got into the lights it slunked away pretty quickly and I did not see it again," she said.

The schools nearby said they aren't taking any extra precautions.

The Wisconsin Department of Natural Resources said bobcats avoid humans and are usually out at sunset and sunrise. Officials do suggest you keep an eye on your pets, especially smaller ones, and not let them out alone.