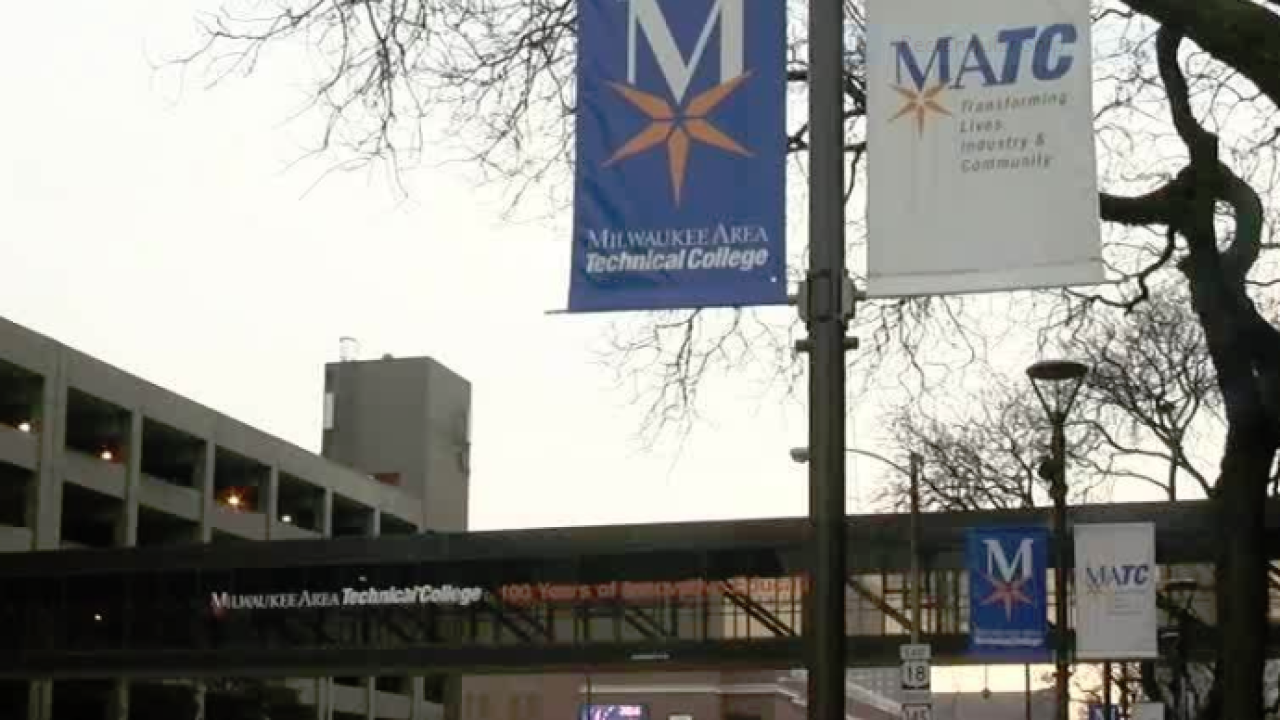 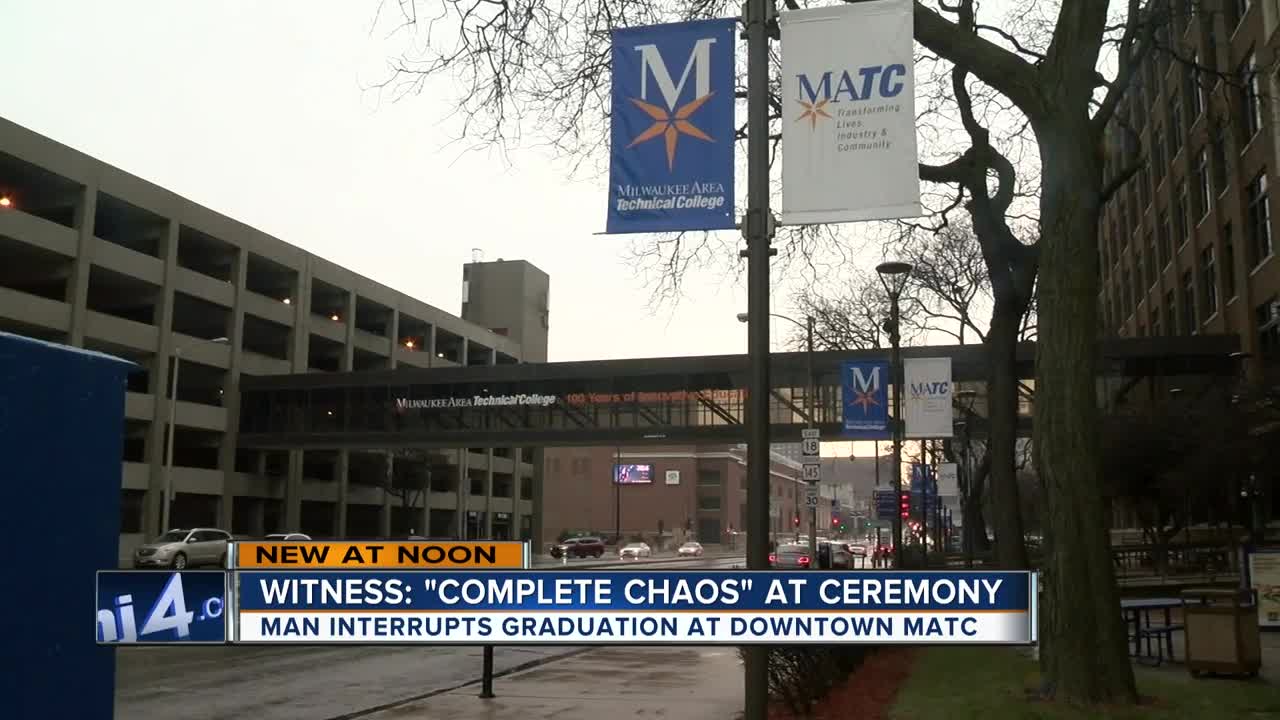 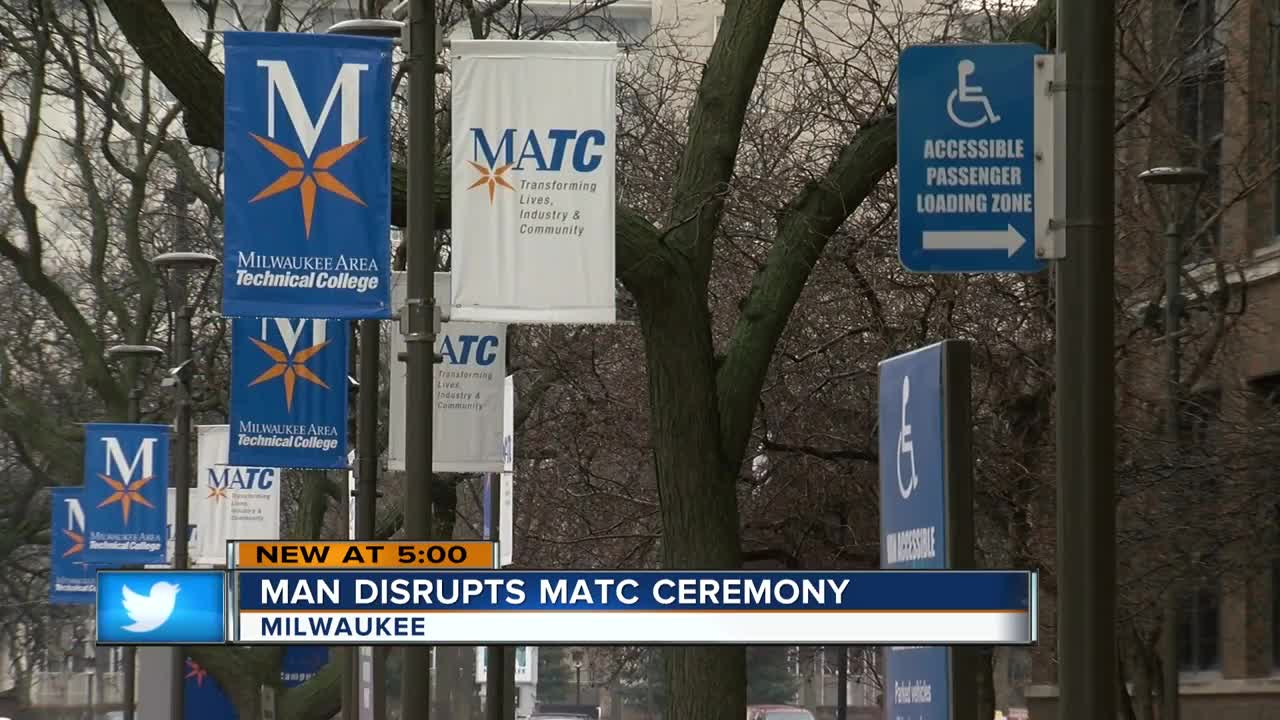 According to Milwaukee Police, officers were dispatched to the campus at 6:14 p.m. A male subject, who was identified by the school as a current student, began to disrupt the ceremony in the auditorium. Officers and MATC security took the subject into custody, and he was cited.

“People were just running [and] running past us, down the stairs, into different hallways. It was complete chaos,” a nursing student, who wants to be identified as P.K., said.

P.K. is in her last year in the school’s nursing program and was a participant in the ceremony. She said she was a few feet from the man, who isn't associated with the nursing program.

P.K. said the man eventually was escorted out, and the ceremony resumed. About 30 minutes later, the man returned and was tackled to the ground.

“I didn’t see any security. They said security escorted him out and across the street or something. Like what’d they do? Give him a pat on the wrist or something," she asked.

"During the nurse pinning ceremony Tuesday evening, a person who was not connected to the program entered Cooley Auditorium on MATC’s Downtown Milwaukee Campus, walked to the front of the space and was behaving erratically.

"The audience was moved to safety, the man was removed by MATC Public Safety, the Milwaukee Police Department was called and responded, and the program resumed. The man reentered the space and was again apprehended. The ceremony resumed and was completed.

"We later were able to determine that the unarmed person who caused the disruption is a current MATC student.

"We take this matter very seriously because the safety of our college community and guests is our highest priority. MATC is working in partnership with the Milwaukee Police Department on its investigation into this matter and the college will continue to strategically evaluate safety needs for each event and the college as a whole."