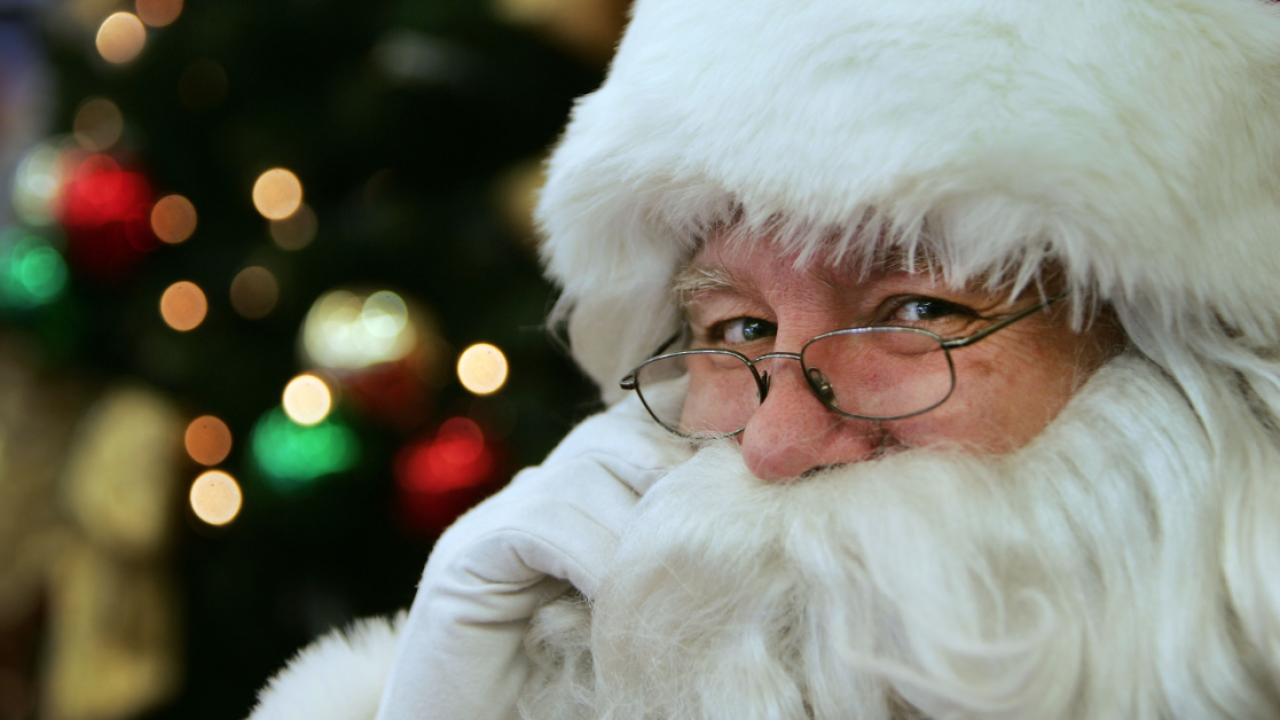 (CNN) -- Organizers of a Christmas event have apologized to outraged parents after a fire alarm reportedly prompted Santa Claus to burst out of his grotto, rip off his beard and scream at children to "get the f**k out."

The incident occurred at an event in the English town of St. Ives, Cambridgeshire on Sunday, when an alarm at a nearby but unconnected event caused an evacuation of the building, organizers said.

While parents and children were already evacuating, Santa Claus tore into the room and started causing havoc, a customer said on Facebook.

"He came changing (sic) in, ripped his hat and beard off in front of 50 odd kids and started shouting and swearing at people to leave," the post said.

"You should be ashamed of yourself acting like that in front of children. There is no way he should be allowed near a child," it added.

This nightmare before Christmas prompted an apology from the event's organizers, who explained that the fire alarm had gone off in an unrelated family-friendly "rave" taking place in the same building, and that Santa had merely been trying to help.

"Santa was upstairs in his grotto... and immediately assisted in the evacuation of the building" upon hearing the fire alarm, Festival Events St. Ives (FESt) said.

"FESt wish to apologize for any offense or distress caused to parents and children by the attempts to ensure all visitors and staff had exited the building and were safe," they added.

But the incident, which some on social media likened to the 2003 movie "Bad Santa," left parents furious.

A mother told local news outlet Cambridgeshire Live: "My friend's little boy was upset as his dad was carrying him when Santa told them 'to get the f*** out,'" adding that she had to tell her children that the man wasn't the real Santa but an imposter who would be going on the 'naughty list.'"

The event is set to go ahead again this weekend. Organizers did not immediately respond to a CNN request for comment, and have not confirmed whether the same Santa Claus will return.