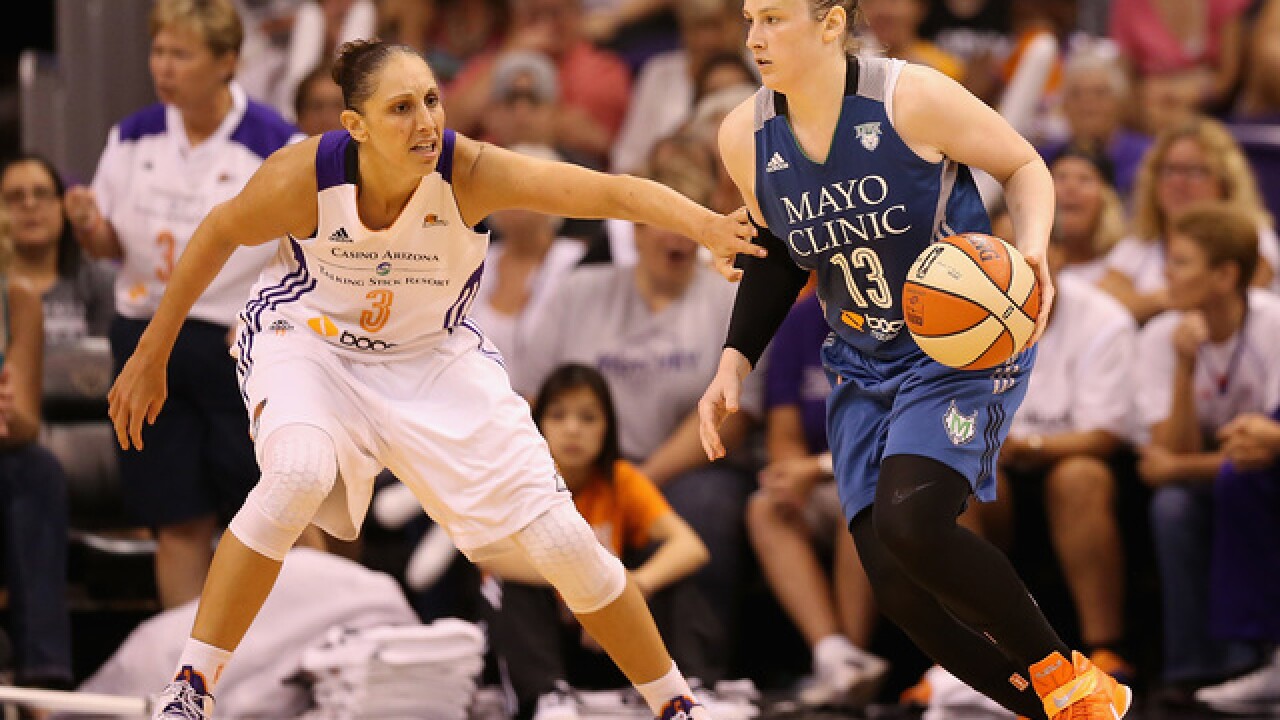 Copyright 2018 Scripps Media, Inc. All rights reserved. This material may not be published, broadcast, rewritten, or redistributed.
Christian Petersen
PHOENIX, AZ - SEPTEMBER 02: Lindsay Whalen #13 of the Minnesota Lynx drives the ball past Diana Taurasi #3 of the Phoenix Mercury during game three of the WNBA Western Conference Finals at US Airways Center on September 2, 2014 in Phoenix, Arizona. The Mercury defeated the Lynx 96-78. NOTE TO USER: User expressly acknowledges and agrees that, by downloading and or using this photograph, User is consenting to the terms and conditions of the Getty Images License Agreement. (Photo by Christian Petersen/Getty Images)

The only problem, she's still a bit busy playing for the Minnesota Lynx. But that won't stop the 35-year-old Hutchinson, Minnesota native.

A graduate of the University of Minnesota who led to women's team to a 2004 Final Four, she will replace Marlene Stollings who departed for Texas Tech.

As for her crazy schedule, The Lynx open their 2018 season on May 20. If they make the WNBA finals, the last possible date for their season will be September 16.

Minnesota is scheduled to start their fall practice in October.

She was drafted by the Connecticut Sun as the fourth overall pick in the 2004 WNBA draft but was traded to the Lynx prior to the 2010 season.

She is also a two-time Gold Medalist on the US Olympics Stage. She announced her retirement from international play earlier this year.