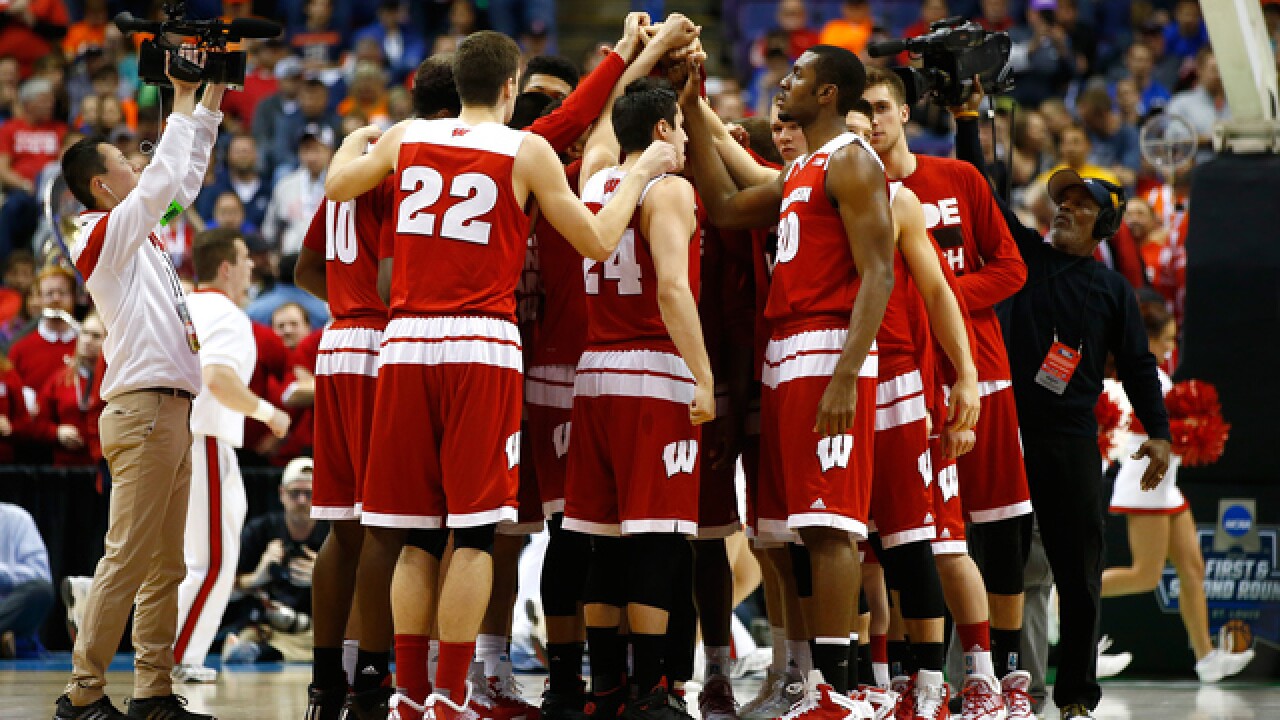 Jamie Squire
<p>ST LOUIS, MO - MARCH 20: The Wisconsin Badgers huddle at the start of the game against the Xavier Musketeers during the second round of the 2016 NCAA Men's Basketball Tournament at Scottrade Center on March 20, 2016 in St Louis, Missouri. (Photo by Jamie Squire/Getty Images)</p>

ST. LOUIS (AP) -- Bronson Koenig hit two 3-pointers in the closing seconds, the last of them as the buzzer sounded, and seventh-seeded Wisconsin edged second-seeded Xavier 66-63 on Sunday night in the second round of the NCAA Tournament.

The talented sharpshooter who failed to hit from beyond the arc in a first-round win over Pittsburgh connected from well beyond the 3-point line to tie it at 63 with 11.7 seconds remaining.

Edmond Sumner brought the ball up court for Xavier (28-6), and then drove to the basket, running over the Badgers' Zak Showalter and getting called for an offensive foul with 4.3 seconds to go.

Wisconsin (22-12) called timeout after crossing half court and coach Greg Gard drew up a play for his best outside shooter. Koenig got the inbound pass in front of his own bench and buried the fallaway shot, sending the jubilant Badgers streaming onto the court and into another Sweet 16.