Student Athlete of the Week: Kamari McGee plays basketball for Racine St. Catherine's with a 4.0 GPA 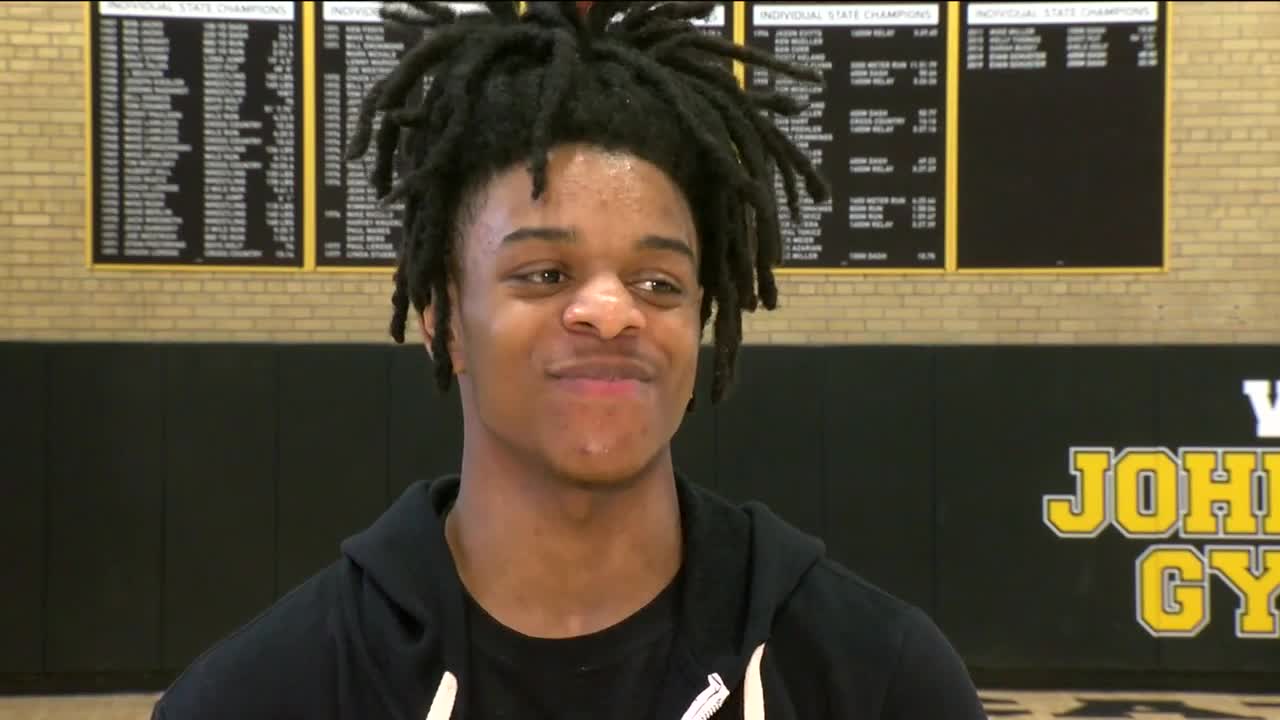 Kamari McGee recently completed a perfect 25-0 season for Racine St. Catherine's. And he's a perfect 4.0 in the classroom.

RACINE — Kamari McGee recently completed a perfect 25-0 season for Racine St. Catherine's. And he's a perfect 4.0 in the classroom.

Racine St. Cat's season ended without a loss, but not the way they wanted it to with the coronavirus pandemic. Yet next season?

Lance Allan asks "For a major comeback. You finished it. Is that what you're ready for next year?"

"Oh yeah, we're ready. Just like I told Elijah since we didn't get a chance to get it this year? We're going to get it for 'em next year," McGee says.

Lance Allan asks, "if I was standing here... you'd either run over me or run around me, one way or another next year. Is that correct?"

"Uh huh. You're either in the way or you're out of the way. You better pick, you pick and choose," McGee says with a laugh.

"I've always had that my smarts will help me like...that's why I kept my grades up because I know that like if basketball don't work out. I hope, I plan for it to, but I'll always be able to go to any school I want, because of my grades," McGee says.

Is it a challenge to get A's, and play on an undefeated basketball team?

"It's pretty tough...you know, with all the studying and the tests and stuff. And then focusing on basketball, it's kind of tough, but I'm in as well," McGee says.

"When you see a kid like Kamari doing everything the right way...you go well, maybe I should too. We had 12 of our 14 guys on the honor roll this year. We were right around a 3.3 GPA team GPA, which is the highest in my time. And it absolutely starts with our leaders. The guys that take school seriously. Take practices seriously. Well, gosh, if everyone around me is working hard and the leaders are working hard? I better too," Bennett says.

McGee would love to go into business. And realizes smarts in hoops, can be different, then his subjects.

"In school...thinking is good. But like on the court? Not really so much, like, just you just gotta do it. I don't really think on the court," McGee says.

Kamari is a junior. So watch out as the Angels should be one of the top teams in the area again next year. And if you have someone you'd like to nominate, email us at sportsstaff@tmj4.com.