'Incredibly difficult call': Milwaukee Torrent's season was canceled before it even began 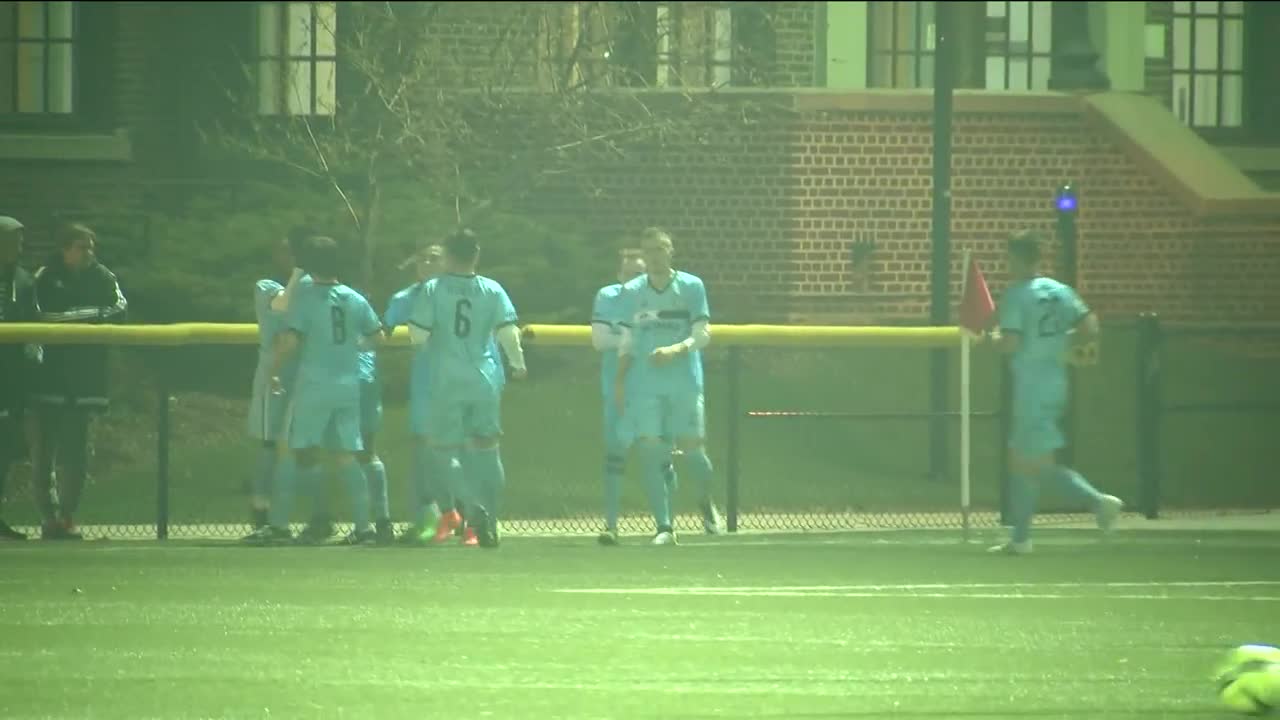 Many sports have merely postponed their seasons, meaning makeup games down the road. The season for the Milwaukee Torrent is canceled before it even began.

Many sports have merely postponed their seasons, meaning makeup games down the road. The season for the Milwaukee Torrent is canceled before it even began.

"On the male side, I have fathers...playing. So they have their family already. But they're also sons. They're brothers. On the female side, those are daughters. There are sisters. Well, actually, I had a Mom playing for me. You know, that responsibility is much much bigger, than I think many people even think," Milwaukee Torrent Head Coach and Owner Andy Davi said.

"Well, because I don't feel that I can secure my players. Fans. Staff. Everybody that's involved in a home or away game for the Milwaukee Torrent, I don't feel we can secure an environment where we can make secure where everybody is safe. And that's the biggest thing, and we actually made that decision before the league announced it," Davi says.

For Andy Davi, it's as much about the fans as the Torrent.

"Without our community, we wouldn't exist. Morally, I can't go to my sponsors that are right now shut down, or only the bars that only, or restaurants like Sobelman's or Leff's, they only have the food that they can do, the way that they can make money, it's wrong to ask them for money now," Davi says.

And that's where play by play announcer Simon Provan comes in—keeping up his chops by calling squirrel races.

Lance Allan asks what is it like to just say, okay, I see a couple of squirrels in the backyard. I'm going to describe the action?

"Incredibly difficult call by Andy Davi to do. But then Scott Carlson said I better not see you doing like play by play of squirrels. And of course, I went, oooh, that actually sounds like a lot of fun!" Provan says.

"Sure enough, there were two squirrels in my backyard that I thought, alright, here we go. You know, just to bring some levity to the situation. And just having a fun time. And it looks like for the moment, the squirrel has taken to the tree lines, to figure out yet a different strategy," Provan says.

And hey, it's a little levity and fun, to brighten what could be darker thoughts. But the Torrent wants to assure everyone they're here for the long haul.

"Some of the fans asked if this the end of the Milwaukee Torrent? Absolutely not. One of the reasons after the health issues for everybody, you needed to call this, to be sure there will be a Milwaukee Torrent in the future," Davi says.

As for Milwaukee's other professional soccer team, the regular season is over for the champion Milwaukee Wave. Their parent league, the MASL, will continue to monitor developments and announce league events, at a later date.