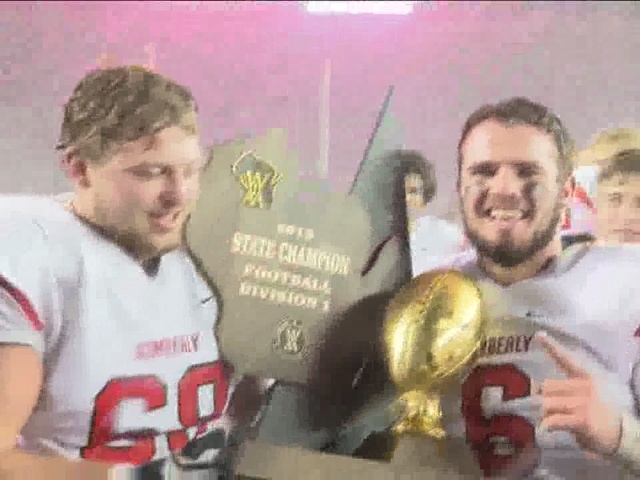 It was one of the ultimate classics in Wisconsin high school football history.

Kimberly scored the last 28 points of the game to set a state title game record and edge Arrowhead in a game that will be remembered for decades to come, 49-42, for the Division 1 championship.

Arrowhead took a 42-21 lead before Kimberly scored 21 straight points, using an onside kick in their late rally that got them to a tie game with 2:43 left.

As snow fell down upon Camp Randall Stadium, Kimberly made one final drive that took them deep into Arrowhead territory.

Driving to the one yard line with :14 left and no time outs left, Blair Mullholland scored the game-winning touchdown to give Kimberly their third straight title.

Hear the entire Preps Live game broadcast on demand, including the incredible final minutes of Kimberly's comeback, in our Soundcloud player above with Matt Menzl on the call.