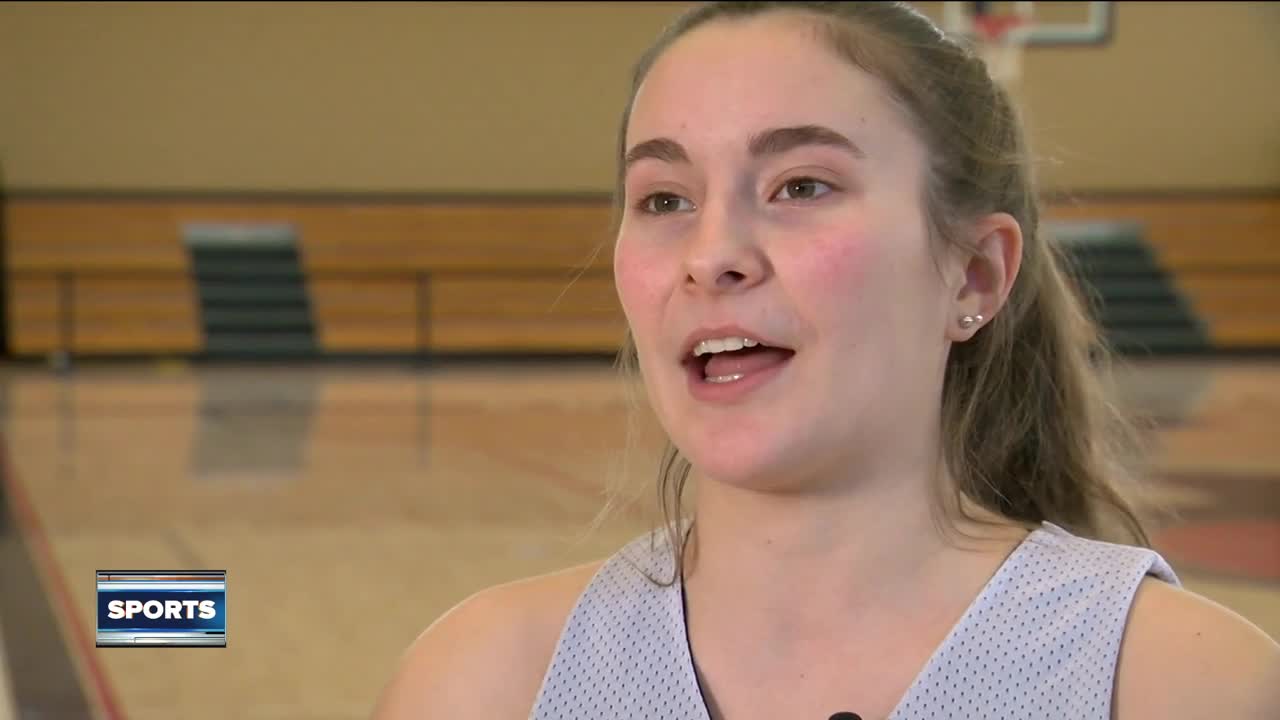 In the age of specialization? A three sport athlete, is becoming more rare in high school sports. But Andrea Palmen fights through it, because at one point? Andrea was a four sport athlete.

RACINE — In the age of specialization? A three-sport athlete is becoming rarer in high school sports. But Andrea Palmen fights through it, because at one point? Andrea was a four-sport athlete.

"I've had success in multiple sports...you know, I've gotten that championship in soccer. I've gotten to go to the state tournament in tennis. And if I just stuck with basketball for instance? I wouldn't have had those amazing opportunities. And met those people. And I just think that's, what it's about," Andrea Palmen says.

She played golf during her first year at Racine Prairie.

"Freshman year...I was deciding between golf and tennis. And my older sister was a senior. And she played golf. And I think, that kind of, you know, made me lean towards that. And I loved, you know getting to play with her. And even though I enjoyed it, also love tennis," Palmen says.

"The great thing about a 3 sport athlete is that...they, they understand being coachable. And they understand the work that goes into whatever sport they're in, in season," Racine Prairie School head girls basketball coach Alan Mills says.

Golf gave way to tennis. Which helped in hoops.

TMJ4 Main Sports Anchor Lance Allan asks you enjoy three, or even one point four different sports...what would you advise, someone to do? "Yeah, so I think you know, playing in multiple sports? Whether you have a favorite or not, will help you in the other ones. Like I'll be in a tennis lesson, and he'll make you know an analogy about basketball, that will help me get the skill, in tennis," Palmen says.

"We talk a lot about...playing hard, play hard, play smart. Have fun. And if you're going to play basketball, all 3 of those things are important," Mills says.

And as four sports gave way to three, soccer is where she found her best team success.

"It was amazing...being you know, able to not only be in the state tournament but to win it all? With an amazing group of girls, I've never felt so connected and a part of a team? There's nothing like it," Palmen says.

So she's won a title in soccer. Played at state in tennis. Yet currently is on a two-win girls basketball team. But this answer speaks, to Andrea's character.

Lance Allan asks and what is your favorite sport? "Basketball!" Palmen says without hesitation.