Racine basketball team faces an abrupt end to the season 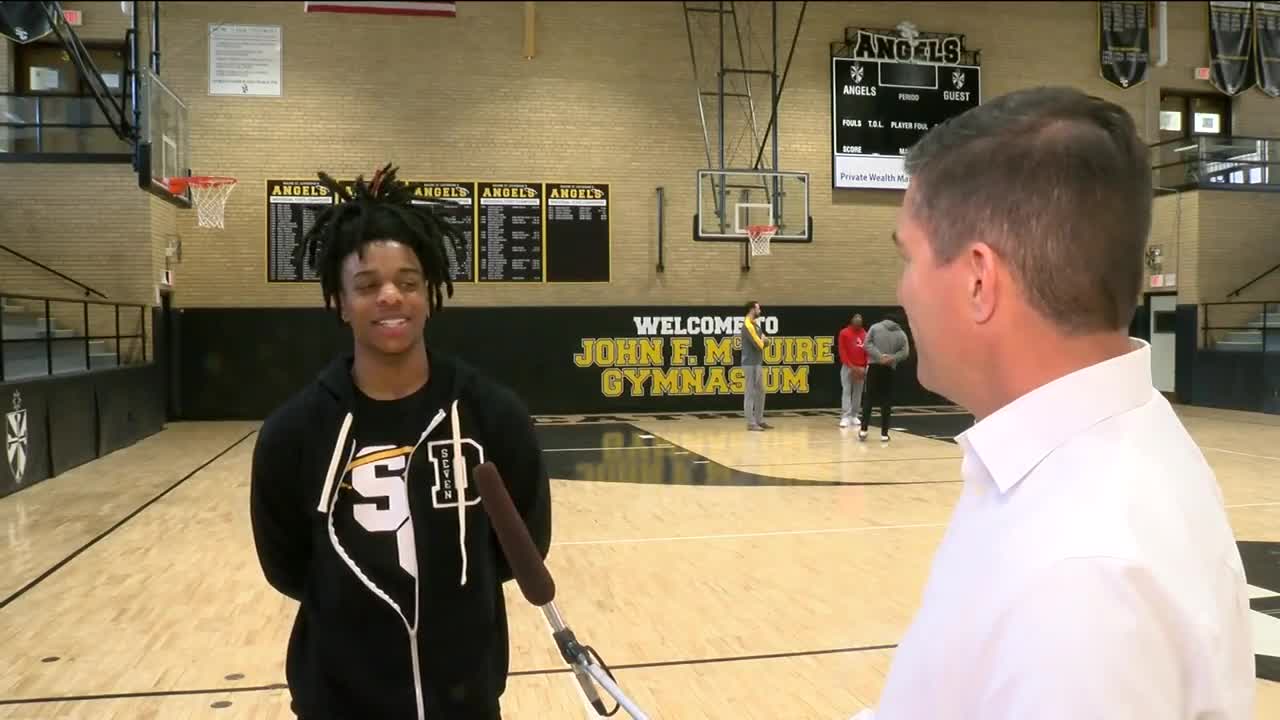 This is normally one of the biggest weeks on the high school calendar.

RACINE — This is normally one of the biggest weeks on the high school calendar.

Instead, the courts are silent. We caught up with Racine St. Catherine's. The Angels had a great shot, at winning it all.

A couple members of the Racine St. Catherine's boys basketball team, got together.

"That's what everybody thinks...it is a big what if," Tyrese Hunter says.

"It was tears...because our seniors were done. The tournament was done, so a lot of tears," Kamari McGee says.

At 25-0, the Angels could have been practicing, and playing at state on Thursday."It doesn't feel real...I feel like we should still be goin'," McGee says.

"I guess the lingering what if will remain for us...you never know if you will have a group like we had this year...these guys practiced so hard," Nick Bennett says.

"A few people said we're the champs in their mind," Elijah Lambert says.

Nick Bennett is the cousin of Tony Bennett. So Virginia's Head Coach and defending NCAA champion, tried the lift the spirit of the Angels.

TMJ4 News Sports Anchor Lance Allan asks "How cool was that, that he reached out to these kids?"

"I knew he would...he's such a good human being. Just to share a couple kind words of what they've done this year," Nick Bennett says.

So for the juniors on the team? There's already a motto.

"It's like a minor setback for a major comeback...I'm upset, angry, but you gotta move on. You can't dwell on that and everything you got goin'," Hunter says.

And Tyrese Hunter proves things stop, for no one.

Lance Allan asks "Life goes on, you have a driver's test today?"