Phil Mickelson to miss US Open for daughter's graduation 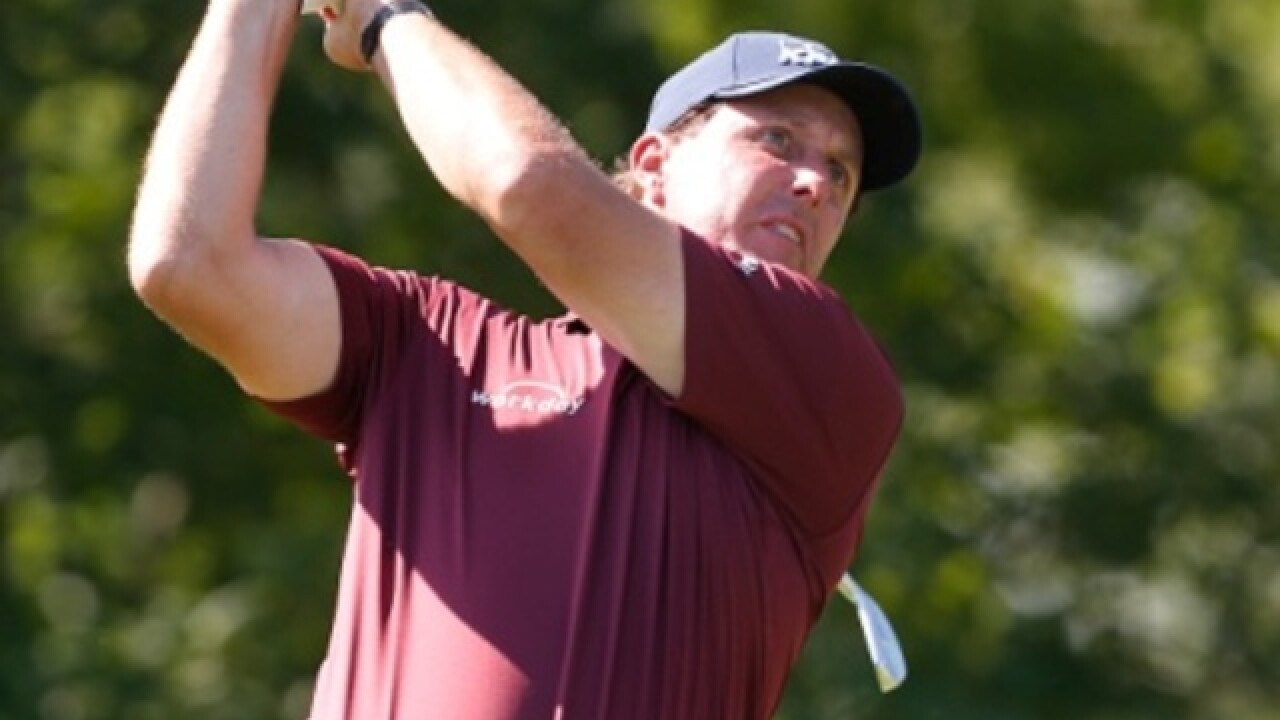 By: Doug Ferguson
Posted at 4:33 PM, Jun 03, 2017
DUBLIN, Ohio (AP) -- Phil Mickelson says he will miss the U.S. Open for the first time in 24 years to attend his oldest daughter's high school graduation in California.
Mickelson hasn't officially withdrawn from the U.S. Open, which starts June 15 at Erin Hills in Wisconsin. But that's the same day as Amanda Mickelson's graduation from Pacific Ridge School, and he doesn't see any way he'll make a tee time.
The U.S. Open is the only major Mickelson has not won. He has not missed it since his first full year as a pro in 1993.
This is the same daughter who nearly caused Mickelson to miss the 1999 U.S. Open at Pinehurst No. 2, where he carried a beeper with him and pledged to leave in the middle of the tournament even if he were leading. Mickelson lost on a 15-foot par putt at the last hole to Payne Stewart. Amanda was born the next day.
And now she's graduating high school.
"It's a tournament that I want to win the most," Mickelson said after his third round at the Memorial. "The only way to win is if you play and have a chance. But this is one of those moments where you look back on life and you just don't want to miss it. I'll be really glad that I was there and present."
He said Amanda is the school president and the valedictorian. She is going to Brown in the fall.
The New York Times first reported that Mickelson did not plan on playing.
The commencement is 10 a.m. PDT, and Mickelson has known for months there could be a conflict. And there appears to be no way out. One reason not to withdraw immediately is the slim chance of a weather delay for the opening round, though that's a long shot.
Corey Pavin in 2005 left the U.S. Open after his Thursday morning round, flew to California for his son's graduation that night and flew overnight back to Pinehurst No. 2 for his Friday afternoon round.
"If there was even a two- or three-hour delay, I could very well make it," Mickelson said. "I'm always holding out hope. Again, as you look back on life, there are certain things you need to be there for."
That included Amanda's eighth-grade graduation in 2013. Mickelson, who had done his course preparation at Merion in advance that year, was in California for the graduation on Wednesday, flew overnight and arrived in Philadelphia about 4 a.m. for his Thursday morning tee time, and nearly won the U.S. Open.
He turns 47 this month and believes he'll have more chances.
"I'll be able to play the next two years solidly before Sofia gets to graduate," Mickelson said of his second-oldest daughter. "Hopefully, that one won't conflict."
Mickelson shared his plans Saturday to give the USGA ample time to prepare when it announces the tee times later next week, and to let the first alternate know he'll most likely have a spot in the U.S. Open.
Mickelson said Amanda has always been supportive of his quest to win the U.S. Open, but "it's one of those things that you just show up. You just need to be there. It wasn't really something that we discussed because it really wasn't much of a decision."
The decision explains why Mickelson played Colonial last week for the first time since 2010, which would have meant four straight tournaments through the U.S. Open. He also said last week he had no plans to go to Erin Hills, a course he had never seen, ahead of the U.S. Open to prepare.
Now, he'll mostly likely be watching on television.
"I'll actually really enjoy watching them get punished out there," Mickelson said.