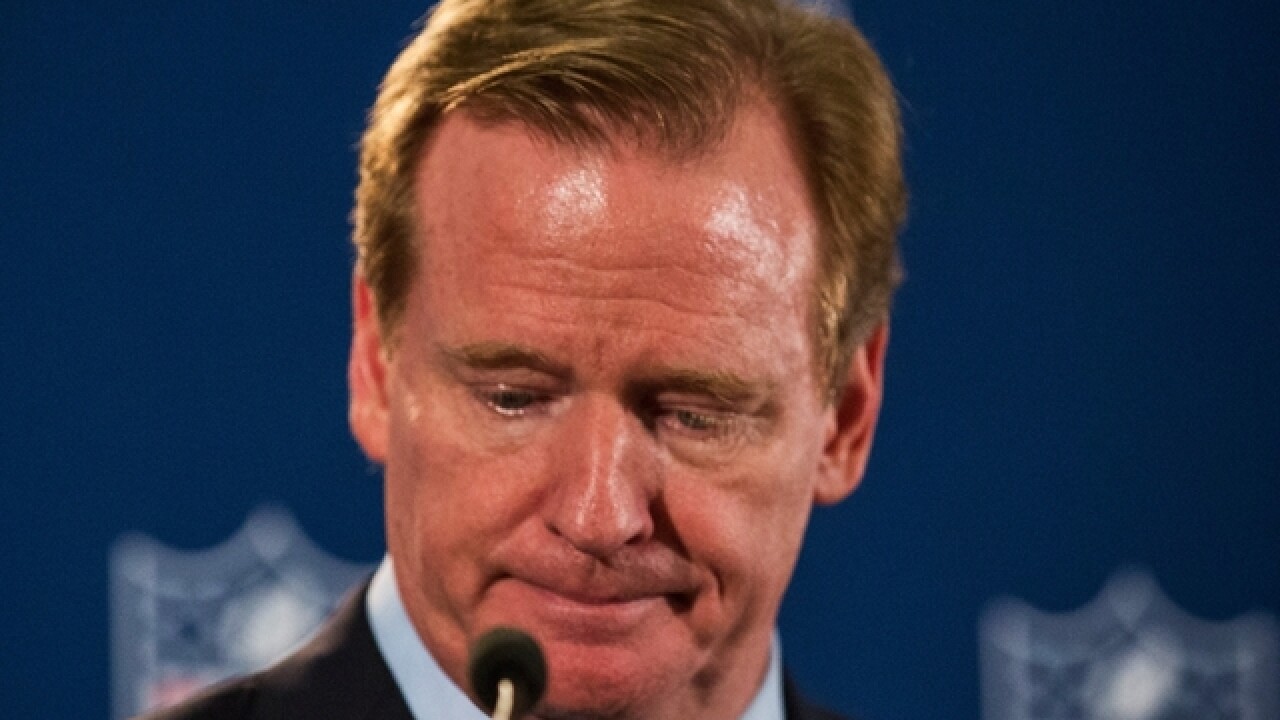 Roger Goodell Shops at PetSmart, according to PetCo.

A Petco billboard outside of Boston's Interstate 93 proudly displayed the message ahead of tonight's NFL draft to nod to Boston's dislike of the NFL Commissioner.

The billboards creator, Taylor Geas, currently lives in California, but her roots are deep in the New England area.

“If coming from New England has taught me anything, it’s that whenever there’s an opportunity to show up, always make a statement," she told the Boston Globe.

Missing the rivalries of her childhood, Geas said his boss asked her to design a billboard targeting the New England area, and after a while sitting at her desk, a lightbulb went off.

“I had found my rivalry, Petco vs. PetSmart — they just didn’t know it yet," she told the Globe.

New England's disdain of Goodell stems from the Comissioner's handling of "Spygate", "Deflategate" and the suspensions and restrictions surrounding those incidents.

And Patriots fans were loving it on social media.

How many games does @nflcommish suspend @Petco for when he sees this billboard? @barstoolsports pic.twitter.com/RSSd1FhxPG

Literally hate animals, but going to @Petco to buy a fish today because of this billboard. Go Pats! #petco #PatsNation pic.twitter.com/klgMEWZe5s

Even the Patriots reporter from the Boston Globe enjoyed it.

New “Goodell shops at PetSmart” billboard in Boston is a big hit https://t.co/U0HSBHkbJg