Winter Olympics Day 6: What to watch for 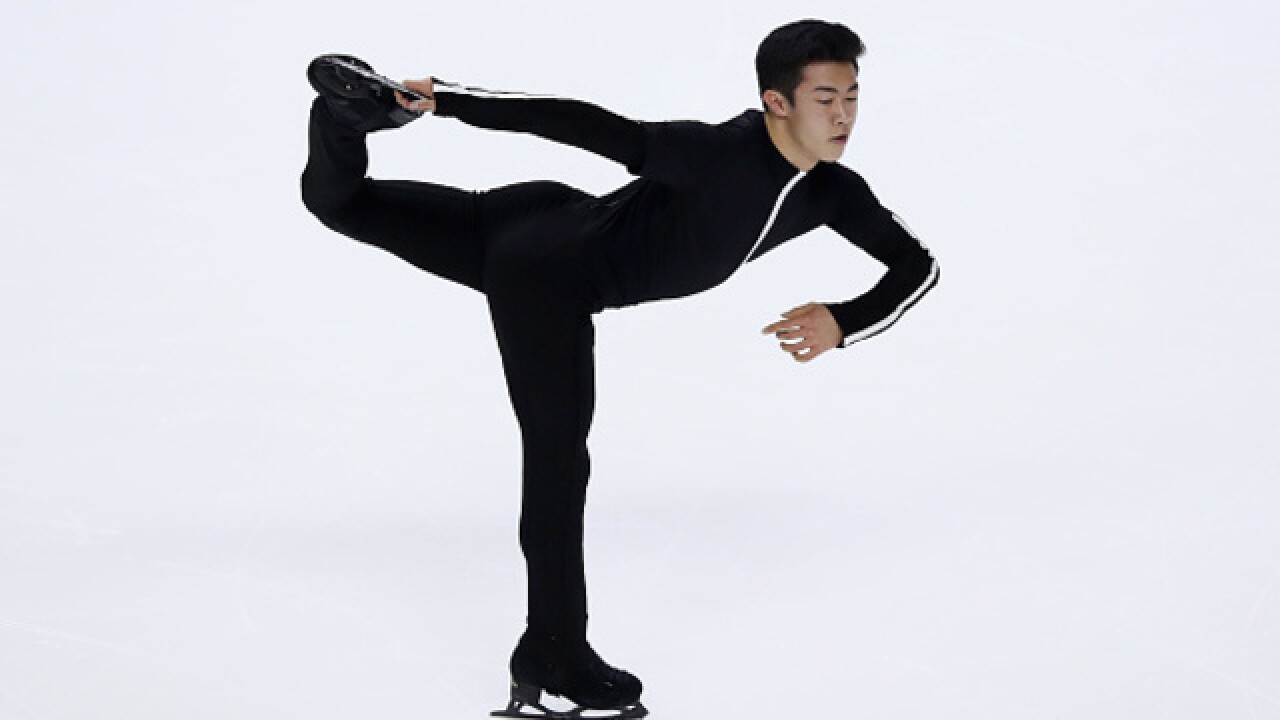 Image copyright 2018 Getty Images. All rights reserved. This material may not be published, broadcast, rewritten, or redistributed.
Ezra Shaw
<p><strong>Nathan Chen, figure skating</strong> — At just 18 years old, Nathan Chen is a rising star on Team USA. Since busting on the scene as a junior in 2013, Chen has earned three major gold medals in international tournaments. Though 2018 will be Chen's first Olmypic appearance, it could mark the beginning of a dynasty for US figure skating. (Getty Images)</p>

PYEONGCHANG, South Korea (AP) — There is a lot going on in Pyeongchang on Day 6 of Olympic competition. We're breaking down the highlights so you won't miss the best parts. All times Eastern.

The men will take the ice just in time for prime time in North America at 8 p.m. No, that is not a coincidence. The men's short program has a number of strong contenders this year, but whatever you do, do not miss U.S. phenom Nathan Chen . The 18-year-old is being touted as perhaps the greatest athlete to don figure skates — ever. Speculation has swirled around him since he was 10. This is his first Olympics.

What makes him so spectacular? It is all about the quads, or quadruple jumps. Watch how the men take off from one foot and make four full rotations before landing. Chen has been landing five quads in his long program this year. For reference, the top four men in 2014 each landed one. In 2010? Not one. That said, he is not unbeatable. He has stumbled in competition and is not noted for his artistic performance, which is still a key element in how figure skating is judged.

After riding solo timed seeding runs and elimination runs late Wednesday, the men will race their final at 12:45 a.m. Watch how the racers jockey for position through tight turns and jumps. The first one to the bottom wins. The motocross feel has given the sport a dangerous reputation since crashes are common. U.S. racer Nick Baumgartner is competing in this event for the third consecutive Olympics. The women will take the course and start their seeding and elimination runs until a 10:56 p.m. final.

If that doesn't seem dangerous enough for you, the team relay luge will be run at 7:30 a.m. Each team runs three sleds: a women's single, a men's single and a men's double. Watch for the riders to touch a target overhead to open the gates for the next sled. It is trickier than it sounds considering it is not part of a normal luge run and they are wearing spiked gloves. Everyone begins at the women's start and timing is continuous.

And for the true thrill seekers, there is skeleton. Unlike in luge, racers begin the course standing and gather speed by running alongside their sleds. Then they jump on head first, tucking their arms back and hurl themselves down the track in the ultimate "Look, Ma, no hands!" move. They steer with subtle moves of their feet. Look for the racers' colorful helmets and the suits the British racers are wearing, which some have said put them at an advantage. The final heat will be at 9:15 p.m.

Don't worry — there is more curling. Men's round robin will continue at 12:05 a.m. with the U.S. facing Italy. The Norwegians, sporting their fancy pants, will play Canada. When the women play at 6:05 a.m., the Canadians will play Denmark. The men will play another round at 7:05 p.m.

Will they or won't they? The frigid start to the Pyeongchang Games forced a compressed schedule for alpine skiing. If they ski Thursday, there will be lots to watch with the women's slalom first run at 8 p.m. and the final at 11:15 p.m. Watch for the tight, sharp turns around single poles that distinguish this event. The final of the men's Super-G, which uses the wider double gates, is set for 9 p.m.

Men's 10,000-kilometer is at 6 a.m. Watch the way the racers take long sweeping strides to keep their skates in contact with the ice as much as possible. They bend almost in half and keep their arms behind their back to maximize aerodynamics. After all that, though, they kick their skates out across the finish at the very end because that is how their time is calculated. The Dutch will be looking to maintain their sweep of the gold.

The preliminary rounds continue after some upsets in early play. Host Korea will take on the Czech Republic and Canada plays the Swiss at 7:10 a.m. The U.S. men play Slovakia at 10:10 p.m.