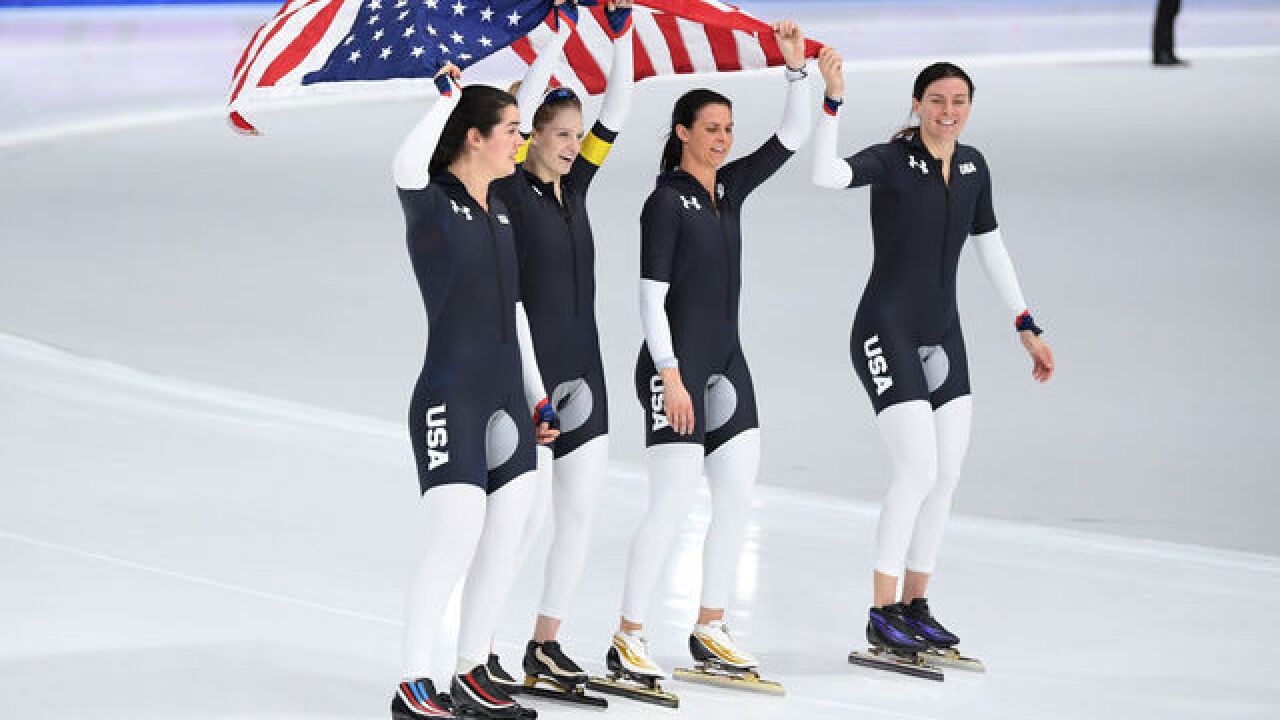 Image copyright 2018 Getty Images. All rights reserved. This material may not be published, broadcast, rewritten, or redistributed.
Harry How
<p>GANGNEUNG, SOUTH KOREA - FEBRUARY 21: Heather Bergsma, Brittany Bowe, Mia Manganello and Carlijn Schoutens of the United States celebrate after winning the bronze medal in the Speed Skating Ladies' Team Pursuit Final B against Canada on day 12 of the PyeongChang 2018 Winter Olympic Games at Gangneung Oval on February 21, 2018 in Gangneung, South Korea. (Photo by Harry How/Getty Images)</p>

It's the first long-track speed skating medal for the U.S. since the 2010 Vancouver Games. The Americans were shut out four years ago in Sochi.

The Dutch settled for silver. In a spectacular gold-medal race, Japan set out fastest, lost the middle part to the Dutch and hit back in the final two of six laps to win.

Miho and Nana Takagi and Ayano Sato set an Olympic record of 2 minutes, 53.89 seconds to beat the Dutch by 1.59 seconds.