Olympic diving pool turns green, no one knows why 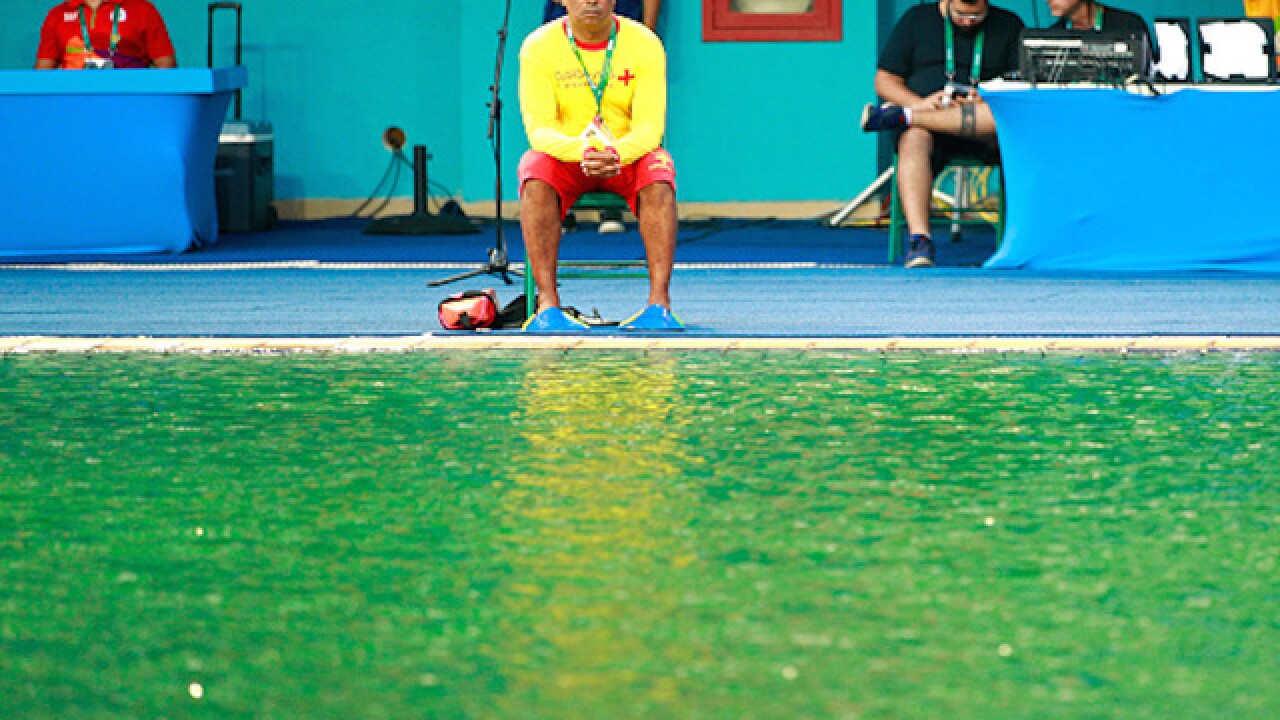 Reports from Rio de Janeiro indicate that the water at the Olympic diving pool has turned a shade of light green.

Reporters pointed out the stark difference between the diving pool and the neighboring racing pool at the Maria Lenk Aquatics Centre in downtown Rio.

Can anyone explain why the water's turned green at the diving? No one here can. Pretty sure it was blue yesterday. pic.twitter.com/GYfap9Gzz0

So far, no reports have emerged to explain why the water in the pool turned green.

Prior to the games, Rio faced criticism for its filthy waterways. The city largely lacks water treatment plants, leading to bays, beaches and tributaries filled with human waste.

An Associated Press report published before the Opening Ceremonies stated that athletes competing in non-treated water were at a 99 percent risk of a viral infection if they swallowed three teaspoons of water.