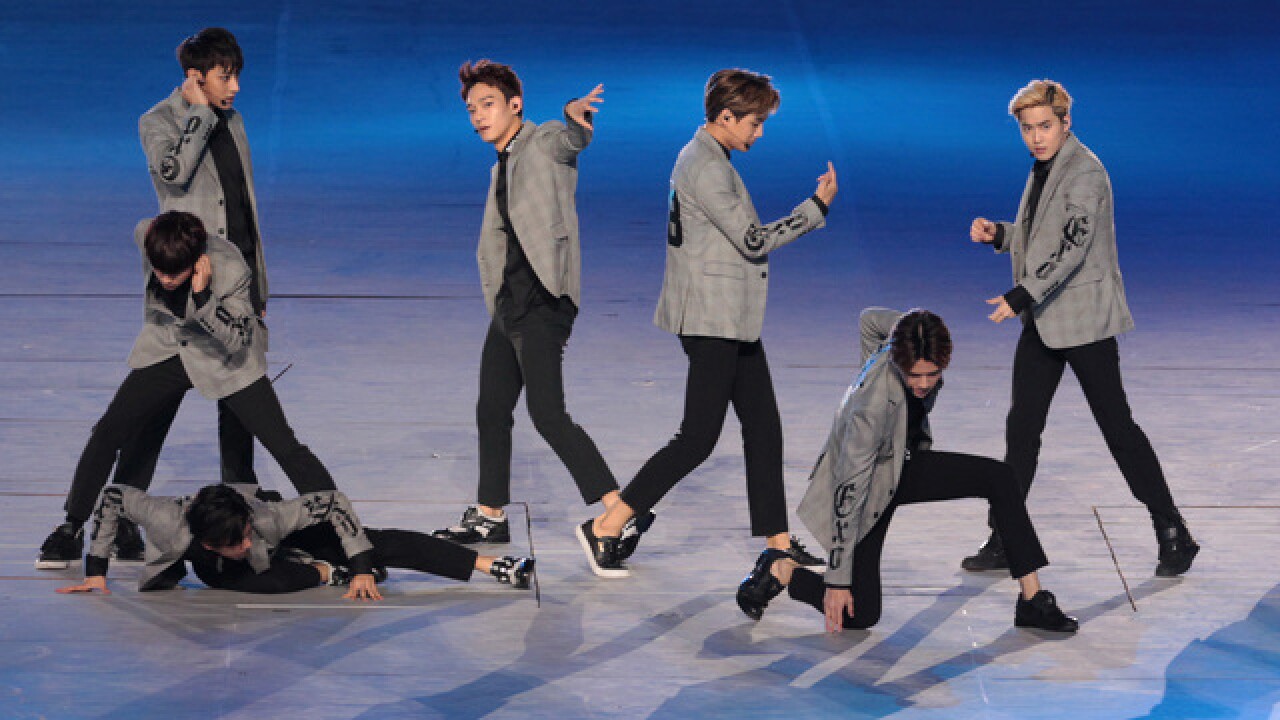 Image copyright 2018 Getty Images. All rights reserved. This material may not be published, broadcast, rewritten, or redistributed.
Chung Sung-Jun
<p>INCHEON, SOUTH KOREA - SEPTEMBER 19: EXO perform during the opening ceremony for the Opening Ceremony ahead of the 2014 Asian Games at Incheon Asiad Stadium on September 19, 2014 in Incheon, South Korea. (Photo by Chung Sung-Jun/Getty Images)</p>

K-pop band EXO will play at the closing ceremony of the Pyeongchang Olympics.

Organizers on Wednesday announced the performance by the South Korean-Chinese group, which has a vast following among teenagers.

Among them is Russian figure skater Evgenia Medvedeva, who is in second place in the women's figure skating competition heading into the free skate Friday.

Medvedeva, 18, said she listened to Exo before her stunning short program in the team figure skating event last week. Russia won silver and she set a new record, though she surpassed it in Wednesday's individual competition before teammate Alina Zagitova surpassed her.

She said after the team competition that she has autographs and letters from the members of EXO and they provided inspiration.

Organizers also said K-pop artist CL will perform at the ceremony, which is Sunday.