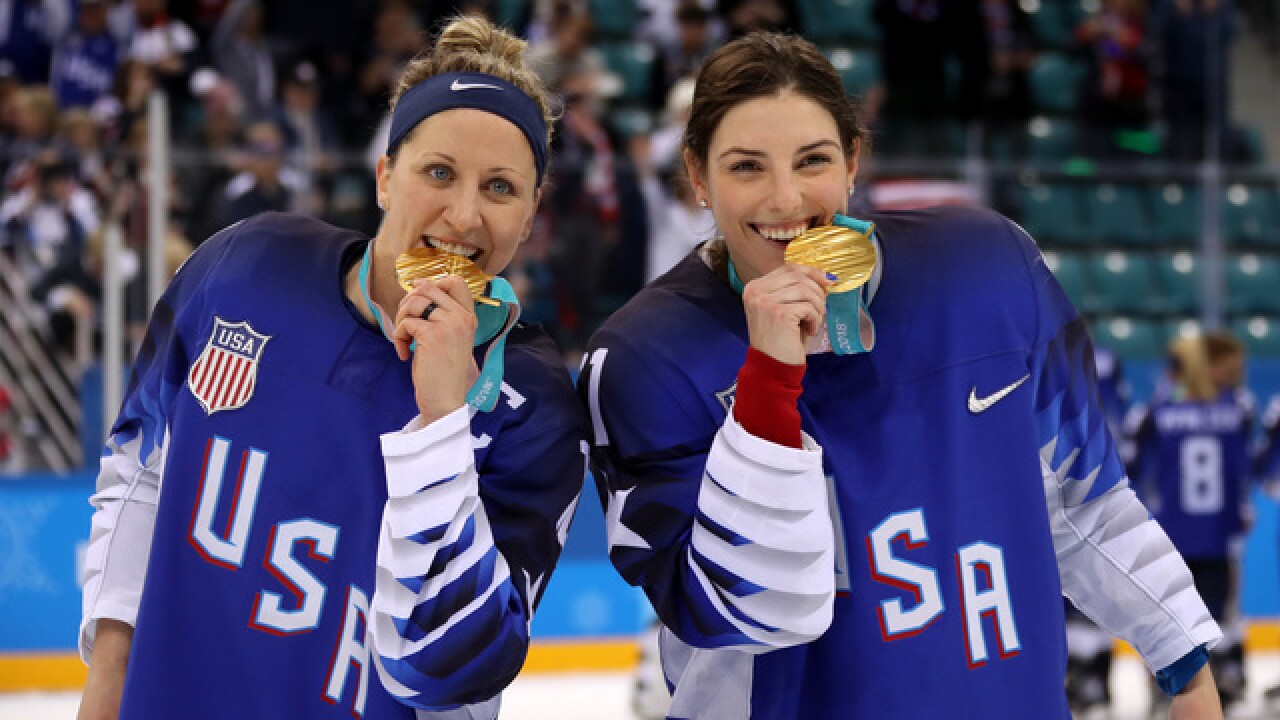 It took 20 years of waiting, an incredible match that went to overtime and the stress of a shootout, but finally, Team USA has conquered their Canadian Olympic nemesis in an Olympic gold medal match.

Maddie Rooney made the save of a lifetime to stop Canada's last attempt by Megan Agosta.

This is Team USA's first gold medal since 1998. Canada had won every gold since then.